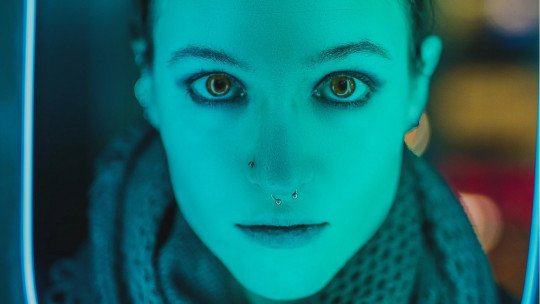 The reasons and circumstances why a person uses substances compulsively and addictively are as many as the people who use them. Each one will have its own reasons, causes and effects, different in each human being. However, similarities can be established in the consequences in serious cases of substance addiction . This is precisely what we will talk about in this article.

The consequences of addiction

Below you can find a review of the main consequences of substance use.

One of the aspects that is usually repeated in at least most cases is the feeling that life has no meaning , as well as the lack of motivation to progress, to hold a job, study or social ties; or, also, the idea that it will not be possible to change and improve the quality of life, as if the addiction were imposed and the person could not have an impact on it.
In short, to feel depressed, without strength, “lost”.

2. Low self-esteem and feeling of self-efficacy

Using substances to shut up or stop the distressing thought, evade, calm down, escape, from what? Probably from oneself, from one’s own fears, the anguish accumulated over years, frustrations, pain… escaping from being who one really is, hiding behind the “protective mask” that an addiction builds.

Generally experiencing low self-esteem and a poor self-concept, addicted people are perceived as not deserving of good things , they are classified as “losers”. They feel they have lost their dignity, they feel they are “nobody”. They feel that they should be left alone, as if they did not deserve to have a worthy companionship, (even though it really makes you shiver to think of being alone).

For the compulsive user to begin the path away from drugs, it will be necessary to arrive at the idea that he is going through a health problem, something that is beyond his control and will . To be able to make a change depends on wanting to do it, and for this it is often necessary to “touch bottom” which helps to reflect.

In fact, as long as a subjective weakening persists, it will be very difficult for the person to take the necessary strength to decide to make changes in the lifestyle he or she is leading, because there is vulnerability, confusion, dependence, absence of control over one’s life.

3. Crisis in social ties and loss of control

Absences appear. To give an example, absences in family events, tours (absences) of several days, misinformation of the families regarding the whereabouts and state of health .
Advice, reproaches or the desire for the addicted person to open his eyes and decide to stay away from the use, are often not enough.

As an addiction gradually progresses, difficulties become present in different areas of the person’s life. The work area can also be affected. Late arrivals that follow with absences, accidents at work due to fatigue or as a residual effect of that consumption that could not be avoided before starting the working day. Or even, in an advanced instance of problematic consumption, choosing to consume substances within the same working hours and context, when self-imposed limits are already minimal or nil.

5. Effects on the body

In serious cases of addiction, people fail to take seriously the consequences of the intake of harmful substances for the body. And it often happens that awareness of the body and the damage is raised when the damage is already advanced and serious. As examples, we can mention cardiopathies, circulation problems, dysfunctions and pathologies in various organs, especially the liver, the formation of ulcers, and deterioration of the nervous system.

It will be important here to understand that this is a health problem, to accompany as far as possible until the person in question can recognise that he or she has a problem and that this problem has a solution, so he or she should ask for and accept help. Little by little the person will stop feeling like a nobody to be again, incorporating tools to start being able to be, without drugs.