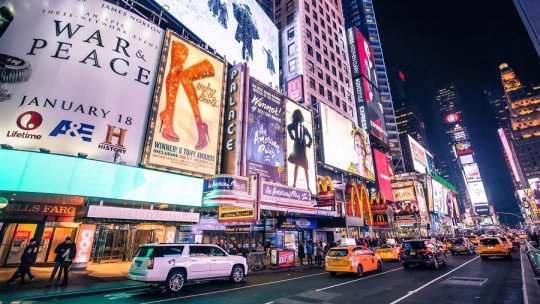 We live in a society in which we are constantly bombarded by advertising and propaganda messages, which are intended to alter our behavior and make us seek to approach products, services or ideas.

But despite being surrounded and immersed in them, the truth is that sometimes we do not grasp the nuances between the different information they try to sell us. For example, we often consider as synonyms the concepts of advertising and propaganda, which despite being related are not identical. Knowing how to distinguish them is basic to understanding the persuasive communication used by companies and organizations in general.

What are the differences between advertising and propaganda? Let’s see some of the most common ones throughout this article.

Advertising and publicity: similar but different

In order to be able to establish potential differences between advertising and propaganda, it is first necessary to be clear about what each of these concepts, often deeply related and confused, refers to.

We understand as advertising the set of strategies used with the aim of disseminating or generating acceptance or attraction of a product or service , through the use of persuasive type of communications that are usually aimed at generating needs and drawing attention to some type of stimulus, product, entity or reality.

Advertising is subjective in nature and is primarily used in the commercial arena, with the aim of making a profit. However, there is also a more social type of advertising, which aims to educate or generate awareness about a worrying or little known reality.

With regard to propaganda, this can be defined as the set of strategies employed in order to generate a substantial change in the ideology and behaviour of a person through persuasive communications, generally not having a profit motive and aiming to generate modifications through the manipulation of information.

Propaganda tends to have dogmatic connotations, trying to make the recipient of the information subscribe to the ideology or change his or her attitudes towards a particular subject. In spite of that, sometimes it tries to be educational, not having a perverse intention behind it.

In both cases we are faced with strategies that seek to generate modifications in the subject’s behaviour, using messages that seek to persuade of the need to follow the message they offer.

Both often use emotionality to achieve their goals, and may misrepresent the truth in order to achieve their objectives. In fact, both advertising and propaganda often use elements of the other concept to further their goals. The distinction between the two is very fine and it is often difficult to find elements that separate them.

Main differences between advertising and propaganda

Although, as we have seen, the concepts of advertising and propaganda share several similarities, in the end they are different concepts with characteristics that differentiate them from each other . Among these differences we can find the following.

1. The goal of persuasive communication

The main and most remarkable difference between advertising and propaganda can be found in its objective: advertising is mainly oriented to commercial purposes (to manage to sell or increase consumption), while propaganda aims at modifying the ideology or thought of the target subject, in a dogmatic way.

Advertising seeks to extract economic benefit in a direct way , or to raise awareness about a social reality without trying to change other people’s beliefs, while propaganda, despite not having a profit motive, does seek to modify the cognitions and beliefs of the subject in order to align them with the ideology it proposes.

2. Themes they work on

Advertising and publicity also differ in the type of areas or themes they usually work on.

As a general rule, advertising refers to services or consumer goods, although it may also seek to promote institutions, companies, ideas or general social realities. Counter-advertising usually deals with topics such as beliefs or areas such as politics and religion.

Another differential aspect can be found in the type of relationship that the message establishes with respect to the content, or in the relationship between the content and the objective of the communication.

As a general rule, advertising is consistent with the material or message it has and seeks acceptance and attraction to its message, so the person generating the advertising communication presents information that seeks to increase the approach to what it sells .

However, propaganda can either seek acceptance or adherence to an ideology or thought or try to reject it and generate a drift towards a way of thinking contrary to one’s own.

Another possible difference between propaganda and advertising has to do with who it is aimed at.

As a general rule, propaganda is oriented to reach a very particular group, having a very defined target with an ideology similar to that of the sender . Although advertising often tries to generate strategies to attract specific sectors of the population, in general it tries to act in a universal way, seeking a much more social and communitarian effect.

5. Level of deepening in the psyche

Another big difference between both concepts can be found in that while advertising only seeks to draw attention to a certain product or idea and perhaps generate an awareness of its need (sometimes incorporating emotional elements), advertising is aimed at awakening, using and even modifying emotions, expectations, thoughts, beliefs and perspectives.

In this sense, propaganda seeks to go much deeper into the psyche of the subject in order to convince him to alter his ideology, while advertising interacts with the subject at a more superficial level .