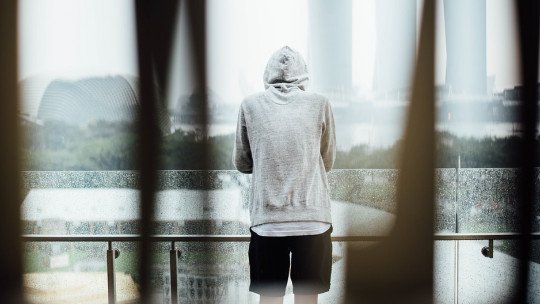 Both anxiety and depression are part of two of the most common mental health problems. Ultimately, emotional and work overload and mood disorders affect millions of people and can manifest themselves in virtually any type of life situation.

However, it is also true that it is not always easy, for the person who is not an expert in the subject, to know how to recognize the symptoms of both alterations. In this article we will see, as an orientation information, which are the main differences between anxiety and depression , two psychological states with the capacity to make us suffer a lot, although by different ways.

Differences between depression and anxiety

In order to detect what the typical characteristics of anxiety and depression are, take the following clues as a reference.

1. The degree of motivation

People with depression often experience a symptom known as abulia. Abulia is basically the absence of desire to do things, of initiative. That is to say, in the main variants of depression, those who suffer from this state do not feel motivated to do anything , even if they are offered activities that are apparently fun and do not demand effort.

In contrast, people who experience anxiety do not meet the above characteristic. It’s possible that their state of mental exhaustion makes them more likely to get tired right away, but many times they have trouble resting and instead try to find entertainment to keep themselves busy and not have to think about what’s bothering them.

The causes of anxiety can respond to an almost infinite variety of factors that, because they are present in our daily lives, lead us to this state: lack of sleep, substance abuse, certain social or economic problems, etc.

Depression, on the other hand, often appears endogenously , without a clear cause. When the onset of symptoms coincides with a specific event, it is usually punctual, and the simple passage of time does not have to make the “return to normal” disappear the depression.

3. The presence or absence of concern

People with anxiety are characterized by an almost constant state of worry. Rumination, which is the habit of thinking the same thought all the time (however negative it may be), is a vicious circle from which they can hardly escape.

This is because the reason for anxiety is to keep us in a state of alert which is very useful when there is a certain danger but which, if it becomes chronic, causes problems.

In depression, however, there is little or no concern in the most severe cases. These types of disorders are not an extension of a useful activation mechanism from an evolutionary point of view, but their origin is much more mysterious and, for the moment, little is known about them.

The feeling of discomfort experienced in depression has less to do with the awareness of danger nearby than, on the contrary, with a feeling of melancholy and loss of reason to get out of bed.

4. The capacity to enjoy

Another of the most important differences between depression and anxiety is that people with depression often lose the ability to enjoy themselves , even if it is not a psychological pleasure but more linked to physical stimulation. This is a symptom known as anhedonia.

People with anxiety, on the other hand, do not present anhedonia, although it is true that their capacity for enjoyment may also be impaired due, among other things, to the fact that it is difficult for them to stop thinking about what is worrying them, on the one hand, and that their physical condition is not optimal, on the other, due to the wear and tear they suffer on a daily basis due to lack of sleep or poor management of work times.

In depression, then, this inability to feel pleasure is more of an endogenous type, since there are imbalances in the levels of neurotransmitters and in the activation patterns of specific parts of the brain. In anxiety, however, while there are also changes in the nervous system, the causes of these difficulties in enjoyment have more to do with constant alertness, that is, it depends on interaction with the environment.

5. Degree of predisposition towards the fulfillment of goals

Neither depression nor anxiety are goal-oriented states. However, the lack of this predisposition is much more pronounced and noticeable in the case of depressive disorders.

In anxiety, we often postpone those tasks that can lead us to the resolution of our worries, since the simple idea of facing that task again scares us. However, the most common thing is that, once we have started working, everything flows more normally.

In depression, however, we don’t even consider whether there is anything we should do : it’s as if the obligations ceased to exist. In fact, if we aspire to something, it is to relive the moments when depression had not appeared. This is because while people with anxiety think a lot about the future, for those patients who have depression nothing else matters than the present situation.