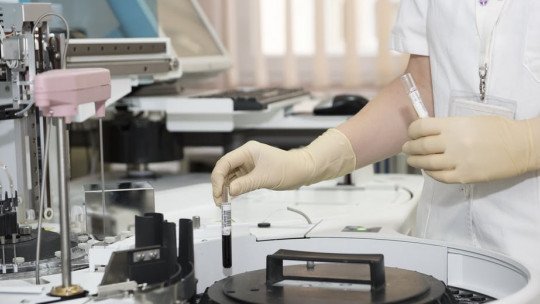 Human beings are paradoxical. On the one hand, our fragility and special needs make us seem ill-adapted to live on planet Earth. On the other hand, we are one of the most evolutionarily successful mammal species; our population is in the billions and we have colonized all the continents.

The fact that humanity is prosperous in terms of population numbers is mainly due to the fact that we have developed a unique capacity to use the potential of the environment and modify it to suit our needs and strategic purposes.

In this article we will distinguish the two phenomena that have made this possible: we will see the differences between science and technology , that allow us to know better the nature and to use this knowledge with practical purposes inside and outside the laboratories.

The main differences between science and technology

Next we will see the aspects that allow us to distinguish between technology and science, but keep in mind that, in some way, there are areas of human activity in which both go hand in hand and in which the difference only occurs in a theoretical sense.

1. One allows to know, the other to modify

Science is a way of generating knowledge about nature , regardless of whether this information is applied to practice or not.

Technology, on the other hand, consists of a process of improvement based on the manipulation of nature. This means that the use of technology normally only provides knowledge about itself, not about that which exists independently of human action.

2. The technology can be easily tested

It is easy to know whether technological development processes end up meeting their objectives or not, given that they aim at specific needs: for example, developing a car capable of reaching a certain speed for a certain time while consuming less fuel than its analogues. Through objective measurements it is possible to know if it has hit the target.

As far as science is concerned, however, there is a great deal of ambiguity about whether a scientific project has met expectations . The reason for this is that science never totally fulfils its objectives, since all the explanations of reality it provides are provisional, not definitive.

Although it is popularly assumed that technology has to do with computers and the latest electronic and biomedical advances in general, the truth is that the use of technology has existed for thousands of years . For example, the use of fire for heating or cooking is considered a sign of technology, and it is believed that this was done even by other species of the genus homo that existed long before us.

Science, on the other hand, emerged after the end of the Middle Ages, although before that historical point there were interesting precedents.

4. Technology seeks efficiency, science does not

The objectives of science go far beyond the most efficient use of resources. That is why explanations of reality are often proposed that totally clash with what was previously established and that usually cause problems in an intellectual sense, as long as it is consistently pointed out that the theories accepted up to now are wrong or insufficient.

In technology, on the other hand, that which does not present clear practical advantages tends to be displaced by other projects.

5. One part design, the other part theory

In the world of technology, which is basically based on engineering, work is done on the basis of designs. In science, on the other hand, , the starting point is theoretical theories and models , which in themselves are not designs but relationships between ideas that do not even have to be expressed mathematically.

Your relationship in engineering

As we have said, in many professional areas science and technology shake hands. Engineering, although not sciences per se , is based on scientific research to find new routes to efficiency. Science, in turn, can put theories to the test thanks to the existence of certain technological options that make it possible to contrast expectations with reality.

On the other hand, it should be noted that although the existence of technology predates that of science, the former now depends on the latter, given that in practice science has proved to be a much more reliable way of creating knowledge than its alternatives when it comes to generating useful information for engineering. Once the scientific revolution appeared, it no longer made sense to look back at the creation of new tools and technical proposals to improve the quality of life, so to speak.