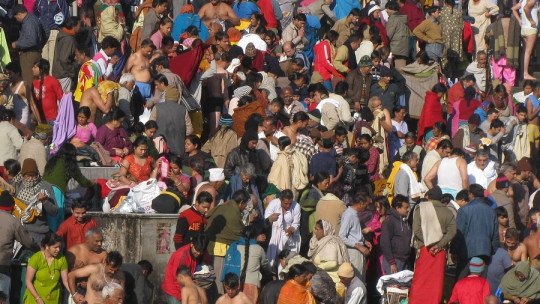 The human being is a creature with a relatively short history compared to others. And even shorter is the history of which the present human being has a true record, not knowing most of the events that our ancestors lived before the invention of writing.

In this sense, different branches of science have tried to explore both our present and our past to study the different ways in which civilization and humanity in general have been organized. Among them are anthropology and sociology, two disciplines with different characteristics and objects of study that, however, and due to the similarity of the themes they touch upon, are often confused by those who do not engage in them.

In this article we intend to make a brief distinction between them, first by making a brief description of these social sciences, and then by explaining the differences between sociology and anthropology .

The definition of these two social sciences

Anthropology is understood as the discipline or branch of science dedicated to the study of the human being in its diverse aspects , generally focusing on the evolution of man through time. Anthropology is a broad science that seeks to study the human being from a global perspective, with a tendency towards qualitative and descriptive analysis

There is a great diversity of branches within anthropology, which basically take into account on the one hand the evolution of the human being as an animal species and on the other hand the socio-cultural development that has taken place throughout this evolution. Thus, anthropology can evaluate how a language has evolved and how human beings have adapted to changes in temperature or how traditions and beliefs have changed.

Among the multiple branches of anthropology that exist, the one that is most often confused with other social disciplines is social anthropology . With respect to this type of anthropology, it usually emphasizes the analysis of the evolution of culture, beliefs and perspectives, customs and ways of acting and organizing.

On the other hand, sociology is the branch of science dedicated to the study of societies , while it refers to the study of the way in which the different members of a community organize themselves and establish different ways of managing their resources and coexistence, generating norms and ways of linking them. This analysis of societies is made from a mainly social point of view, that is, focusing on elements of an interpersonal or inter-group nature. It generally has a more qualitative approach and tends to place more emphasis on more operational aspects.

Likewise, within sociology, the study carried out not only with respect to how the members of a society are organized, managed and linked, but also with respect to the social problems that exist in it , with both a theoretical and practical focus, can also be highlighted.

Main differences between sociology and anthropology

In view of the definitions made above, we can see the presence of great similarities between the two disciplines. That is why differentiating between sociology and certain types of anthropology can be complex for most people, but this does not mean that it is not possible to observe distinctive elements. Next, we will highlight some of the most evident differences.

The main difference between anthropology and sociology is curiously one of the reasons why they get confused. And is that both disciplines have different objects of study and analysis , although both are closely related.

As we have mentioned in the previous presentation, the main object of anthropology is man and in the case of cultural anthropology, the culture and development of the community itself. As far as sociology is concerned, it tends to focus on the study of social interactions and relations, the organizations that exist in it and the problems that arise from living in community.

The fact that society and culture are closely linked and largely indivisible (since social norms are based on the beliefs and values of the culture of belonging), makes this differentiation difficult to make on a practical level , which facilitates confusion among people who do not work in either of these two areas.

Anthropology and sociology can focus on the analysis of the same time period. However, the truth is that sociology tends to be more focused on the study of historical stages that are closer in time or even in the present , while anthropology tends to focus more on analyzing the evolution of societies throughout history.

One of the differences between sociology and anthropology can be found in the contexts and groups that each analyzes. The approach of anthropology tends to be holistic, including in its research a global perspective of humanity and often observing cultures different from the one of origin in order to better understand the different cultural and social developments.

Sociology, however, tends to be more ethnocentric , generally centred on the culture or type of culture from which the research starts (it is more centred on the here and now).

Another of the most notorious differences is that while anthropology generally seeks knowledge in order to improve the understanding of what has happened and how we got to where we are, in the case of sociology the objective is to analyze the existing reality generally with the purpose not only of understanding but also of being able to introduce, predict or assess the introduction of changes in the system.

In other words, in Western societies, sociology aims to be a science with a higher level of practical application than anthropology , which tends to be more theoretical and explanatory.

As mentioned above, sociology and anthropology also differ in the type of data they usually use. Anthropology tends to conduct analysis based on more qualitative data, with data derived primarily from observation and analysis of cultural products or from observation.

In contrast, sociology tends to focus on obtaining data of a more quantitative nature , seeking out and generating research with respect to elements that can be operated on the basis of current data and their comparison with previous ones.