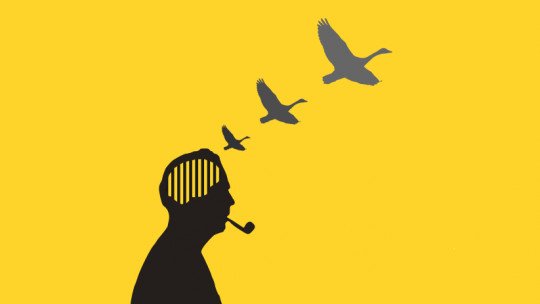 Many efforts are made to convert the chaos of psychological knowledge into a well-organized, systematized and empirically validated theoretical corpus that meets the criteria of the scientific method.

For this, psychology employs a series of study methods that allow psychologists to approach the questions posed in the most optimal way and with the least number of biases, in order to be able to construct knowledge that will serve as the basis for new hypotheses.

There is no one method better than another, each has its advantages and disadvantages. It is more a question of choosing the method that best approximates the phenomenon we want to know. Depending on our objective, we will use one or the other. Let’s see below which ones are the most used.

Typically, research methods in psychology are divided into three large families . The correlational method, the descriptive method and the experimental method, each with its particularities and advantages over the others.

Although we will not see the whole family tree of study methods, we will specify some methodologies that are particularly important for the study of psychology.

When we speak of correlation, we refer to the association between two variables. A correlation indicates how many times we observe a phenomenon A, we can observe a phenomenon B at the same time. For example, if we take the variables “socioeconomic level” and “academic success” we can ask ourselves if these two variables correlate , that is, if the appearance of one predicts the appearance of the other. If, after examining a sample, we find that the increase in one is associated with the increase in the other, we could speak of a positive correlation.

This is useful because it allows you to make predictions. If we know that weight and height correlate positively, when we see a tall person we can predict that he or she will have a high weight. At this point we have to stop and make a distinction between association and causality .

A correlation indicates a predictive association, but does not provide an explanation as to why it happens. We often reason in a fallacious way and assume that when two phenomena occur together, one causes the other. We often ignore the presence of third variables that mediate the relationship between one phenomenon and the other. This is why we use another method to deduce causality, which we explain at the end of the article.

Psychologists use the correlational method to obtain information about phenomena that are impossible to reproduce under laboratory conditions. For example, if we wish to examine the relationship between alcohol intake and the number of visits to emergency departments, it would be optimal to design a correlational study to see how as alcohol consumption increases, the number of visits also increases.

We psychologists choose this method of study when we want to describe a phenomenon as it occurs , in a detailed and exhaustive way in all its aspects. It consists of any attempt to determine or identify what the phenomenon is without entering into why, when or how.

This is the method we choose when we want to answer questions such as: “What attitudes do people over 65 in rural environments have towards homosexuality? Through surveys, case studies and systematic observation it is possible to answer non-quantifiable questions. It also allows for a first approach to a question that can be more thoroughly addressed through correlational or experimental studies.

Within the methods of study of psychology, the experimental method aims to elucidate what the cause-consequence relationship is through the manipulation of one of the variables. These are the so-called laboratory studies. This method has the advantage of being objective, the researcher’s preconceived ideas have little weight on the results and hardly generate any bias.

Therefore, it is the method par excellence if we want to obtain safe, reliable and accurate data when the phenomenon to be studied allows it. This does not mean that they are the only type of valid studies to generate knowledge, it is possible to generate knowledge through correlational studies, but experimental designs allow a greater degree of security and explanation.

For example, if we want to observe the causal relationship between the administration of a drug and the disappearance of symptoms, we will use the experimental study method . Dividing the sample into two groups, where one is given a drug and the other a placebo, if we measure the symptoms at various points in the investigation we will obtain experimental data about how the dependent variable “symptoms” disappears when we introduce the independent variable “drug”.

In order to know how much the dependent variable has changed after the change was introduced, it is essential to take data before the change. This is the so-called baseline, the starting point of the experimenter.

Sometimes we psychologists use methods that do not end up falling into one of these three big families. For example, when we want to know if personality is the result of socialization or if it is inheritable, we use twin studies . In these studies we take twins separated at birth who grow up in different families and study their personality at different points in their lives.

After a while, we compare the differences between twins and, with a large enough sample of twins, we can get an idea of how much is due to genetic factors and how much to the way the children are raised.

Another way to study behavior is through computer models . This is a very frequent method in the study of thought. It consists of developing a theory about how a specific mental process works, for example word recognition, and creating a program that simulates this process as we think it happens. Then we test different hypotheses through this program, performing simulations just as a human would do. However, the validity of this method depends on how valid is the theory that supports it.