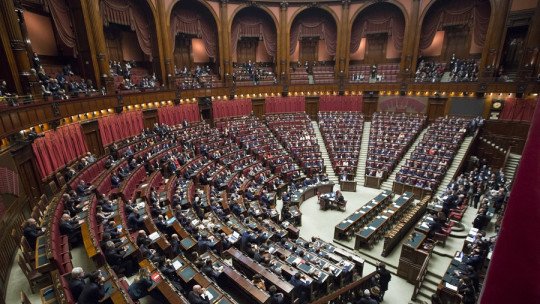 The elements of the State are those institutions and entities that allow the territorial organization to function maintaining a certain harmony and stability between groups and social classes.

In this article we will see what the elements of the State are, which fundamentally are government, population, coercion, territory and sovereignty, and the role that each of these parts plays in the course of the civil, political and economic life of the countries.

The elements of state, explained

To understand what the elements of the state are, one must first be clear about what a state is.

Although there are many definitions for this word, as well as theories created to explain its nature and main functions, most conceptions of what a State is agree that it is a mode of political and social organization in which a sovereign subject is created (a collective capable of making decisions about what is done in a certain territory) and norms are established that allow the social division of labour.

This division of labour consists of a system whereby specialisation in one profession allows access to a support network created by other people working in other fields . In this way, the State represents the definitive exit from the hunter-gatherer way of life, in which there are not many specialized jobs and trade is very limited.

Thus, the State is the consequence of the establishment of a complex system of pacts between many different groups. Therefore, the elements of the state are different facets of this extended social group capable of involving thousands of individuals (something that does not happen with the other main system of social organization: the family).

In view of this, let us review in summary form what the elements of the state are like, and what characterizes them.

The territory is the fundamental and most necessary precondition for the emergence of the State . It should not be forgotten that states always exist linked to a material reality, because it is closely linked to the control of which resources are exploited and how they are processed and commercialized. For this reason, their sphere of influence can be located on a map.

Moreover, it is the territory that allows a population to exist; obviously, without people there is no social organization either (at least, not one that is human).

Being able to take in many people in a stable manner, on the other hand, means that the state can provide an environment in which it is possible to enter into agreements and close deals relatively safely , and also gives rise to a phenomenon linked to the emergence of states: the emergence of private property.

If the territory is one of the elements of the State, it is also because it allows consensus to be generated about which parcels of territory are owned by whom.

Once certain individuals or families gain control over some land and the resources on it, they can negotiate with these, offering the possibility of buying them or working on them in exchange for something, and in this way other products susceptible of becoming private property will emerge .

As we have seen, population is also an indispensable element for the existence of states. Moreover, it is necessary for the population to be relatively large, because otherwise there is hardly any possibility of creating a framework for trade, allocation of private property and political or military influence.

When there are many people living in a territory, it is not only the possibility of specializing in a very specific profession and allying with other compatriots who act as a social support network. Moreover, cultural dynamics are generated that make these groups cohesive : common habits and customs, languages or ways of speaking, shared symbols, similar value systems, etc. emerge.

These kinds of anthropological and sociological phenomena act as a social glue that holds people together beyond the obligations that citizens of the State are legally bound to. And since the sons and daughters of the inhabitants of a state are born immersed in this system of organization, they become part of it even before they realize it.
In short, the population is not only an indispensable part of the State; it also allows the State to have continuity, thanks to the passage from one generation to the next.

In addition, population also has implications for a country’s economic potential . For example, if in a state most of the inhabitants do not have the resources to live well, it will probably cost little money to employ them, and this influences the agreements that the government makes with other countries. On the other hand, if over time many foreign companies have settled in the territory of the State and the local population has learned about the working methods and technologies of these organizations, it is possible that they can generate their own companies capable of competing with those from outside, and this will also have an impact on the social and political organization of the place.

On the other hand, the concept of population should not be confused with that of citizens . Normally, citizens are understood to be the group of people who have the rights and duties of those who can have a certain political participation in the State, while the population also includes those considered as foreigners and, in general, individuals with fewer rights than the rest.

As we have seen, a state is a form of social and political organization. The government is the entity in which the management and decision making on the latter is concentrated.

There are various mechanisms by which the government can make decisions and implement them in a territory and population, but in recent centuries these have often emerged from various government bodies working in a coordinated but parallel manner, so that it is not a small group of people who have the last word on everything. The main division between these governing bodies is embodied in the separation of powers proposed by Montesquieu and still claimed today: executive power, legislative power and judicial power .

Ensuring the independence of these three types of power serves primarily to ensure that everyone is subject to the rules of coexistence in the same way, without creating ad hoc exceptions to keep an elite out of the reach of the law.

Sovereignty is the consensus about who decides what over which territory . It is, in short, the supreme power from which all others emanate, and is therefore related to the notion of authority. In exercising sovereignty, decisions are made about what should be done within the territorial and diplomatic boundaries of a State, and sometimes, in wartime contexts, also outside those boundaries.

This is one of the most abstract elements of the State, and one with the greatest capacity to generate debate and controversy, because defining who should be the sovereign subject can lead to very different conclusions through very diverse reasoning.

For thousands of years, in most societies it was assumed that the ruler was primarily a king (in tyrannies) or a group of people belonging to the elite of a society (in oligarchies).

Since the emergence of the Modern Age, however, it has been evolving towards a type of political organization in which the sovereign subject is the population, although not directly, but rather through systems of representative democracy and the holding of elections to elect certain political representatives who offer to work in state, regional or municipal government bodies.

On the other hand, territorial conflicts between large groups or political entities are also struggles for the definition of the sovereign subject . In secessionist movements, for example, there is an attempt to replace a sovereign subject (e.g., “Italians”) with one of a more local scope (e.g., “Sicilians”).

Coercion is the set of institutions and collective powers with the capacity to subject by force groups that oppose the State and its functioning (specified by the constitutions and other documents linked to the legal system).

This element of the State is closely related to sovereignty, because its existence gives meaning to the appearance of a sovereign subject with real authority. The effect of coercion is present even when no one violates the rules, since the certainty that crimes and offences will be punished accordingly always influences people’s imagination, the creation of expectations and decision-making.

While moral authority may give some power of influence to charismatic leaders or organizations admired by many, very few people would be willing to trust the stability of their lives and the environment in which they live to people who do not have the capacity to maintain order and defend the state and its people from large scale attacks (invasions and other warlike conflicts) and small scale attacks (terrorism, assassinations, robberies, etc.).

For thinkers like Thomas Hobbes, coercion is the fundamental characteristic of the state , which is described as a resource of protection against the fear of being a victim of the violence of the rest of the individuals. According to this point of view, the possibility of joining forces to be able to face the dangers that others represent causes many people to renounce a good part of their capacity to act in order to alleviate this fear, even though it is difficult to live conditioned by all the norms that the State creates to justify its existence.

For other philosophers such as Karl Marx or Friedrich Engels, coercion, as one of the most important elements of the State, has the function of generating an environment of stability in which one class can exploit others without endangering the status quo defined by the very existence of social classes (associated with inequality) and the unfair allocation of private property over the means of production (machines, factories, etc.). In this way, under an appearance of harmony and peace, an unjust model of social organization in which there are clear losers would be hidden.

In any case, it should not be forgotten that even in the most admired States and those considered to be of the highest democratic quality, there are always government bodies with the capacity to force people to obey the rules, or at least to prevent them from continuing to break them by limiting their freedom through prison institutions. This whole system of obligations and warnings forms part of the coercive power, and has an effect on the way people and groups behave, for better or for worse.