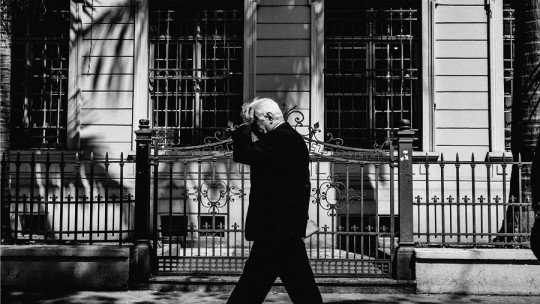 Among many of the functions that the brain possesses, those of planning and coordinating movements and actions, are among the most used by people, since without them we could do little.

When these functions fail, disorders appear such as any of the different types of apraxia in which carrying out any action or gesture can become extremely difficult if not impossible.

What is an apraxia?

Apraxia consists of the inability to perform specific maneuvers or activities and is caused by a neurological disorder . People suffering from one of the types of apraxia may attempt to perform an action or gesture, as they have the physical ability to do so, but their brain is unable to send out the sequence of movements to perform it. These obstacles in performing actions can manifest themselves in many different ways and the same person can have one or more types of apraxia at the same time.

The most effective treatments for this disorder are physical therapy, speech therapy, and occupational therapy. But the degree to which therapy can alleviate the problem varies among patients. In cases where the apraxia is underlying another neurological disorder, medical treatment for that disorder can be effective in curing it.

The main types of apraxia

Types of apraxia are classified according to their relationship to the action or movement the person wants to perform. These types are as follows.

This type of apraxia disables the person from performing tasks in which he or she must follow a series of steps . Such as cooking.

Due to the difficulties in conceptual ideations, these people can also find obstacles when using daily objects correctly; even using parts of the body as objects, such as trying to write using the finger.

However, all these actions are not performed within a time sequence, which means that these patients are unable to access the memory that allows them to act correctly.

This particular form of apraxia is usually caused by a disruption in the time sequence of motor acts . If the fact of performing an action is considered a chain of maneuvering links, the person can perform each individual action correctly, but is unable to carry out the succession of actions consistently.

A couple of examples could be pressing the gas pedal of the car without having put the keys in, or putting the food in a pan without having started the fire.

Also called constructive apraxia. During the course of this disorder, the patient presents difficulties in drawing figures or constructing shapes .

But this neurological disturbance can take shape in a number of ways; for example, a person who asks you to copy or draw can:

Conditions related to building function and spatial management can occur because of injuries to half the brain, although this deficit is much more serious when there is brain damage in the right hemisphere.

So depending on the laterality, extent and location of the injury, skill deprivation can take different forms.

Ideomotor apraxia is characterized by the lack of capacity to carry out actions in response to purely verbal commands .

Also, people who suffer from it tend to have difficulties in performing simple movements, compared to others who are much more complex. Such as waving or opening a door. However, these same people tend to continually explain all their actions, thus suffering from verbal overflow.

The causes are usually associated with injuries to the lower parietal lobe of the left hemisphere.

These patients tend to be somewhat clumsy when performing any act, whether it is a genuine movement of the person, or an imitation; presenting such apractical abnormalities in both the left and right hands. In addition, they also tend to use everyday objects incorrectly; using, for example, a fork to write.

The main characteristic of this apraxia is in the form of difficulty in moving the eyes in the desired way , specifically horizontally; vertical eye movements are not affected by this. The person suffering from it is forced to make compensatory movements, such as turning his or her head continuously, in order to perceive his or her surroundings correctly.

This type of apraxia is likely to improve over the years when it occurs in young children. It is believed to be caused by the growth of the underdeveloped part of the brain during the first few years of life.

It is not known for sure why people are born with this condition. But it has come to be considered that genetics play a major role in this type of apraxia.

Apraxias can have other differential characteristics, for example the following.

This apraxia limits facial movements, making actions such as licking your lips, whistling or winking very difficult or impossible.

It is explained by a deficiency in the nervous system and is characterized by difficulties in planning and achieving speech sounds.