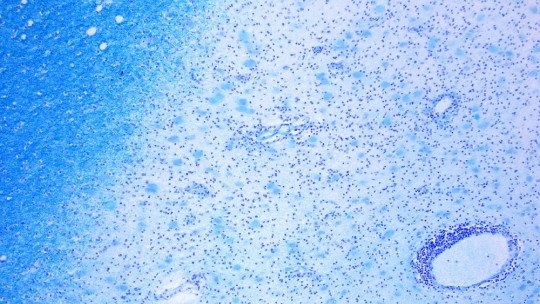 We are not aware of how many dangers surround us every day. Perhaps that is why the immune system does a job that is not appreciated until the day it fails.

In this article we will review above the main types of autoimmune diseases and how they affect us. But first, let’s start with the simplest.

What is the immune system?

The immune system is a group of cells coordinated with each other that specialize in protecting the body against external agents that could cause health impairments, such as infections or diseases. Like everything else, it is not perfect, and some of these agents manage to break through the defense and cause discomfort, infections, etc.

The problems are exacerbated when it is the immune system itself that is not working properly. There are various failures of this system, such as a lack of response (immunodeficiency), an exaggerated response (hypersensitivity) or an attack on the body itself (autoimmune diseases). In this article I will focus on the latter group.

Autoimmune diseases have in common the loss of immune tolerance, that is, they detect antigens (substances that are detected by the immune system and cause it to be activated) that are specific to the body. Tolerance is a series of mechanisms that exist to avoid this; for example, if a lymphocyte (immune system cell) is activated with its own antigen at the moment it is generated in the producing organ (spleen and thymus), the organ itself takes care of eliminating this cell so that it does not harm the body.

The immune system uses antibodies , molecules that bind to these antigens, to signal the rest of the immune cells to attack them. The loss of tolerance is detected by the presence in the organism of autoantibodies (antibodies that signalize as antigens normal elements of the organism) and self-reactive T-lymphocytes (lymphocytes that recognize their own antigens), which for some reason have not been eliminated.

Up to 80 types of autoimmune diseases are known today, some with higher prevalence than others. Many of them have similar symptoms (such as inflammation), which makes it difficult to diagnose. They are commonly classified as complex diseases, since there is more than one factor that triggers the problem, such as hormonal, genetic or environmental components .

I am not going to explain all the existing autoimmune diseases, but I will talk about the most recognized ones to present different cases.

Diabetes is one of the disorders of metabolism that most affect humans . By 2015, 400 million cases had been diagnosed worldwide. There are different types of diabetes mellitus, one of which is of autoimmune origin. I am talking about type 1 diabetes mellitus, which accounts for 5% of diagnosed cases.

The appearance of DM1 normally occurs in adolescence, and what happens is that the immune system eliminates the cells of the islets of Langerhans in the pancreas , which are responsible for the manufacture of the hormone insulin, causing the appearance of diabetes due to the lack of it.

It is a type of chronic autoimmune central nervous system demyelinating disease. In this case, the cells of the immune system, lymphocytes and macrophages, destroy the myelin that covers the nerve fibers, which has an important role in maintaining the nerve impulse. Without it, the neuron is unable to correctly send the information.

It is one of the most common diseases affecting the nervous system in the world (2.5 million cases diagnosed worldwide), and its symptoms are signs of information transmission failures, such as fatigue, lack of balance, alterations in sight and speech, and tremors.

This type of autoimmune disease affects the joints, which the immune system progressively destroys. It has a high prevalence (0.5-1% of the world’s population), with a higher frequency in women.

Rheumatoid arthritis causes pain, swelling and stiffness of the joints , which are caused by the attack of immune cells on this tissue. The exact causes of the disease are unknown, although hormonal, environmental, and genetic components have been found.

SLE, or simply lupus, is one of the most prevalent autoimmune diseases. In Spain it is estimated that 9 out of 10,000 people suffer from it. It is a systematic disease, in other words, the whole body is attacked by the immune system . This is because autoantibodies against nucleic antigens (ANA) are generated, i.e. they target elements of the cell nucleus, such as DNA or histones.

Lupus is a type of autoimmune disease that has very characteristic symptoms, such as butterfly-shaped redness on the face, photosensitivity or kidney failure. The latter can lead to the death of the patient .

The reasons that trigger the disease are not known, although there is a strong genetic influence. In addition, it has also been found to be more common in women, and more specifically, in certain ethnic groups. African-American and Hispanic women are at greater risk for the disease than Caucasian women.