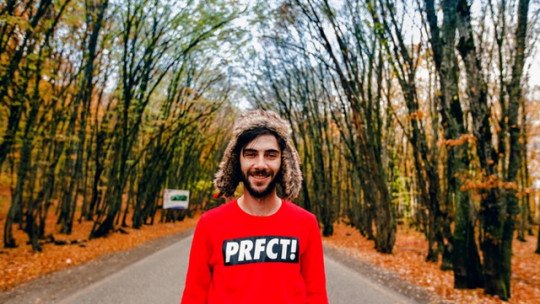 Oscar Wilde once said that “there is never a second chance to make a good first impression” and he was not wrong. Because this thing of liking others begins with a sneaky look, and our unconscious dictates judgment.

How do you make a good impression so that others will like you?

Yale University social psychologist John Bargh concluded in his research that our brain only needs two tenths of a second to form a first impression. Later, the information was expanded and thanks to neuroimaging techniques it was demonstrated that this first impression comes from the limbic system, which is the brain system in charge of emotional management, and more specifically, the amygdala.

The key is in the first impression

In fact, rationality is far from being a participant in the process of impression formation and is more of an emotional and unconscious process. Therefore, speed of formation, emotionality and resistance to change are the fundamental characteristics of social impression, which is the genesis of our sympathy for some people.

With this speed and intuition, we are exposed to being categorized every time we meet new people in the different environments in which we operate on a daily basis. Do strangers usually like you or not? The answer to this question is not in the critical and rational thinking of the people you meet for the first time, but in unconscious mechanisms that we will explain next.

Discovering the mechanisms of thought associated with first impressions

The impression emerges from social interaction and begins with the first contact with the person . In this first contact, an assessment is produced in which, from observable information, we infer unobservable features. This assessment will condition future interactions and the relationship between the subjects.

When performed emotionally and intuitively, the overall impressions we form of other people are dominated by idiosyncratic personal stereotypes and constructs. Research indicates that when forming impressions of other people we consider the components and then average them in complex ways, or that certain components can influence the interpretation and meaning of all other components and dominate the resulting impression. We tend to remember individuals in terms of their traits , but also in terms of their behaviour and appearance. They can be stored as individuals: Paco, María, Antonio; or as members of a social category: the indie , the hipster , the sportsman, etc. We like some of them better, and others worse, according to multiple variables that interact with our beliefs, prejudices and preferences.

As we said before, impressions are characterized by their lack of rationality and their brevity of formation, which means that heuristic paths and cognitive biases are very determining in their creation.

They play an essential role in explaining why we like someone, or dislike them, without us knowing exactly why this is so. On the other hand, if we pigeonhole him in a group to which we have a negative attitude, our first impression will be decisive . This bias is the result of the representativeness heuristic

It is a frequent bias in human perception, which consists of evaluating people based on an outstanding feature, positive or negative, and generalizing from that first impression towards characteristics that the person may not have, that is, associating positive characteristics with other equally positive ones . We take one or two positive characteristics and only because of them, we assume others that are equally positive, or vice versa. For example, for having a product as great and innovative as the Ipad, every product we see from Apple we assume it is good and innovative.

Positive features are generalized to a brand by a single product that has an outstanding feature . The same goes for attractive people. For the only observable fact of being beautiful, they are attributed with traits of intelligence, health and economic well-being that we have no proof that they present them, but this bias tells us that beautiful is good, healthy, has money and is influential.

The mere repeated exposure of a subject to a stimulus is a sufficient condition for an increase in the positive attitude towards this stimulus. This leads to a positive evaluation of people or things that are familiar that do not have any negative emotions or associated prejudices.

For example, we can remember the typical song that at first you don’t like but then with each exhibition you like it more.

It is based on the delayed recognition of stimuli or threatening information , that is, what I don’t want to see. The well-known phrase “love is blind” is explained by this bias. When we like someone at first or we are in love with her, we can rarely see the defects they present while for the rest of our friends and family they are evident.

Quick recognition of stimuli and information that can benefit our interests . If we know someone who plays the same sport as us, is a fan of our favourite series, has the same studies or any other mutual similarity, he will stand out from the others when we meet him in the corridors.

The mood we are in at the moment always influences the impressions we make . We may know someone wonderful, but if we are deeply angry or sad, the laws of emotional infusion indicate that we will get an impression of that negative person.

I would like to give you an infallible system so as not to fall into these biases and thus form an impression of someone for what they really are, and not for what the human being is capable of erring when the system 1 of thought is active.

However, we are all human and will fall prey to these biases to a greater or lesser extent because of our human condition . Therefore, for first impressions, the best antidote consists of knowing the existence of these biases and knowing which one is acting on our first impression. On the other hand, you can use these biases to your advantage to make a good impression. If you know the interests and tastes of the person you want to make a good impression on, the halo effect and perceptual accentuation, among others, can work in your favor.

After all, remember that there are no second chances when it comes to making first impressions .