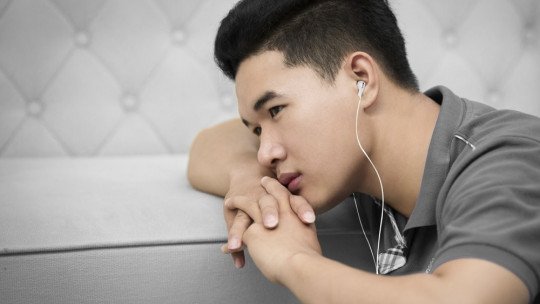 Our state of mind moves us. When we are sad we tend to turn off, seek to avoid action and get away from things, while when we are happy and euphoric we tend to have energy and want to act.

Although some people act in a very rational way and say they leave their emotions aside, they are the ones who allow us to motivate ourselves to do or not do something, to decide if we like something or not or if we tend to approach or avoid situations or stimuli.

It also influences how we see the world and ourselves. In short, it is something very relevant and that marks to a great extent our ability to adapt. But increasingly we find people whose mood is not adaptive, is fixed at one extreme in a pathological way and hinders their well-being and functionality. We are talking about mood disorders .

What do we call mood disorders?

Mood disorders are understood as the set of psychic alterations linked to the presence of more or less persistent altered moods that generate a significant alteration in the person’s life, resulting in this extreme and pathological mood making it difficult for the person to adapt to his/her daily life.

These are disorders that cause profound suffering to the person himself, altering aspects such as self-esteem, the way of seeing the world and events and of attributing causes and responsibilities. They affect not only the emotional sphere itself, but also cognition and even the perception of the environment. Likewise, they generate repercussions in all vital areas, varying the way of relating to the environment and the rest of the subjects that form part of it.

Within mood disorders we can find some of the most prevalent mental disorders worldwide.

Some of the most relevant nosological and diagnostic entities are the following, although we have to take into account that we can also find unspecified depressive and bipolar disorders (which do not have sufficient characteristics of the disorders we are going to talk about but are linked) and those induced by substances and/or medical illness.

The most prevalent mood disorder of all and one of the most well known mental disorders . It is characterised by the presence for at least two weeks of a sad and depressed mood for most of the day together with the loss or decrease in motivation and the ability to feel pleasure, in addition to other symptoms such as problems with sleep, eating and concentration, slowing down or agitation, fatigue, hopelessness and passivity.

They also often have trouble making decisions and may experience suicidal thoughts and desires.

Similar to the above, but usually with less intense symptoms and a much longer duration (possibly becoming chronic), a disorder characterized by the presence for at least two years of most of the day for almost every day (not having symptom-free periods of more than two months in a row) of a depressed and sad mood, as well as problems with eating, sleeping, fatigue, low self-esteem, hopelessness, and problems with concentration and decision-making is identified as such.

Bipolar disorder is another major and well-known mood disorder, usually alternating between manic episodes (at least a week of expansive and irritable mood, high energy level, feelings of grandeur that can lead to delirium, verbiage, racing thoughts, distractibility), risk behaviours and in some cases hallucinations at such a high level that hospitalization is sometimes required) or hypomaniacal (similar to the previous one but of less intensity and duration, being present for at least four days and although observable it does not generate deterioration) and depressive episodes (equivalent in symptomology to the symptoms described in major depression, which actually implies the existence of this type of episodes).

There is actually not one, but two basic types of bipolar disorder . In bipolar disorder type 1 the subject experiences or has experienced at least one manic or mixed episode, which may or may not be preceded or followed by a depressive and hypomanic episode. Type 2 requires at least one depressive and one hypomanic episode (without any manic or mixed episodes).

Cyclothymia is a mood disorder in which the subject has multiple alternating hypomanic and depressive symptoms, without sufficient intensity to diagnose a depressive or bipolar episode or disorder over a minimum of two years. The symptoms are continuous and usually alternate rapidly, over days.

We would be facing the equivalent of the relationship between dysthymia and depression but in the case of bipolar disorder, being milder than bipolar in symptomatology but much longer and with faster cycles.

Changes to the DSM-5

Although most professionals still consider them to be mood disorders, the truth is that this diagnostic label has disappeared as such in the latest version of one of the main reference manuals, the DSM-5. The DSM-5 has chosen to move away from a single category of mood disorders to two, because there are two generic types of mood disorders.

Thus, at present we can find that instead of mood disorders the different psychopathologies mentioned above fall into two main categories: bipolar disorders and depressive disorders.

This decision may generate the problem of considering them as very different clinical entities when they are often related, but in practice they still deal with the same problems that were previously known with what has great impact on a practical level.

What is relevant is the creation of new added diagnostic labels, which although no longer called that would also be part of the so-called mood disorders.

In addition to the above, in the latest version of the DSM we found that some new diagnostic labels have been generated . In this sense, among the novelties, two disorders previously not identified as belonging to mood disorders or included in other disorders stand out.

While PMS was previously known to be widespread and suffered by a large number of women, DSM-5 has added PMS as a disorder.

It is considered as such the presence during most menstrual cycles of affective lability (that is, rapid variations of mood), irritability, anxiety, intense tension, self-loathing or depression together with fatigue, sleep problems, alterations of appetite, pain, disinterest and concentration problems, with at least five of these symptoms being necessary during the week prior to the arrival of the menstruation.

This disorder is defined by the presence during at least one year and almost daily of anger and irritability disproportionate to the situation that generates them, bursting out in the form of verbal or physical accesses (which may go as far as aggression) with an irascible state of mind persisting between accesses.