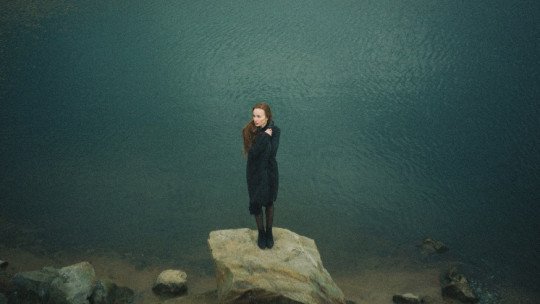 Much has been discussed about gender violence in recent days on the occasion of the International Day for the Elimination of Violence against Women , celebrated on 25 November. Through this article we want to convey in a simple way some of the psychological consequences suffered by victims of gender violence, without daring to say that there is a psychological profile of women who suffer abuse, but taking into account that there are a number of sequels or psychological consequences that are repeated in many women who have suffered this violence.

Women victims of gender violence suffer specific damage from the situation of abuse, which usually appears in all victims, but we must highlight the heterogeneity of people and point out that each situation involves different nuances and, therefore, the consequences that we are going to explain below will not be presented in all victims with the same intensity or in the same way.

The 4 types of sequelae in victims of gender-based violence

We are going to classify the consequences suffered by the victims of gender violence into four blocks:

However, in this article we are going to explain the emotional and affective consequences suffered by women who are victims of male violence, since they are often the most difficult to detect and are one of the many fundamental intervention targets for psychological treatment.

Emotional and affective sequels in victims of gender-based violence

Although multiple symptoms can occur at the psychological and emotional level, we will focus on the 7 most frequent emotional sequelae.

the vision they have of themselves is totally distorted into the negative. It is frequent that they doubt their own capacities and possibilities, they refer that they are a totally different person from the one they were when they started the toxic relationship. In general, they perceive themselves as being without resources, helpless, and without the necessary skills to take responsibility for their lives. They minimize their capacities and abilities, and maximize the probabilities of making mistakes and of &quot;failing&quot;.

They find it difficult to trust their intuition (let’s think that for a while they have been made to doubt themselves permanently , thinking that they are not right or that what they think or say is absurd and that they are wrong), so they can become very dependent on external opinions.

2. Feelings of guilt and much fear

These feelings arise from the constant messages of guilt they have received from the aggressor . They feel guilty about everything, even if it apparently has nothing to do with them. They think they are not good as a person (if they have children, they may think they are a bad mother). The guilt they feel often paralyzes them and does not allow them to look forward and move forward. As a result of the aggressor’s threats they develop constant tension, hypervigilance and fear.

As a result of the social isolation caused by the aggressor, the victim feels that she is totally alone and that nobody can understand what is happening to her . They believe that they cannot trust anyone and therefore no one can help them. At the same time, they depend more and more on the aggressor. They may also come to believe that what they are experiencing only happens to them and that no one would understand them.

Due to the situation of absolute control by the aggressor, a denial of feelings and emotions of the victim is produced . They think that their feelings are unimportant, that they are exaggerating or that they are wrong (they distrust their own feelings). In this way, they often choose to hide their emotions.

They can often show misdirected anger: let’s think that the victim has to be able to control all his emotions in order not to irritate the aggressor. This causes a perfect breeding ground for the woman to express her feelings in a more uncontrolled way later on. Sometimes the contained anger is directed against themselves.

These women are living or have lived very difficult and stressful situations, recurrent traumas in many cases, so that typical symptoms of PTSD may arise (anxiety, nightmares, depression, hypervigilance, emotional numbness, irritability, ideas of suicide, insomnia, exaggerated emotional responses…).

6. Feelings of having betrayed the aggressor

For having denounced, for having separated or for having explained it to another person . They feel they are betraying their partner. This would be one of the elements that would lead many women victims of gender violence to withdraw their complaints. They feel guilty for speaking ill of it, even though they are ultimately explaining what happened. In addition, women who have been victims of GBV for a long time can integrate ideas and messages they have received from the aggressor. They end up becoming what the abuser wants her to be.

It is common to have difficulty in trusting others, to feel that they are not worthy of being loved or respected , to maintain a distance from the environment for fear of suffering again, to perceive the environment as a threat…

Above all, there is an emotional ambivalence: one cannot give the luxury of giving oneself totally genuinely and openly to people who show them affection, since in the past they did so and the consequences were dire. Somehow they try to protect themselves from future situations of violence. This situation of ambivalence also occurs with the aggressor, since in one of the parts of the cycle of violence the aggressor asks them for forgiveness (honeymoon: they feel affection towards him and perceive him as someone who is worthy of being loved) and in the following phases the phases of accumulation of tension and explosion return (they feel hatred towards him).