Neuropsychology is one of the most important areas of mental health, and is especially useful for people with disorders of causes associated with abnormal functioning of the Central Nervous System: aphasias, cerebral infarctions, apraxia, dementia, etc.

Now… where do you go for neuropsychological care? In this article we will focus on the Spanish capital and see a selection of the best neuropsychologists in Madrid .

Here you will find several neuropsychology professionals with brief descriptions about their careers and the type of services they offer, as well as where to find them. 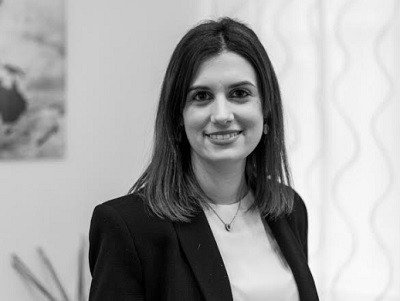 On the other hand, Silvia González also has a facet of teaching, and has given several courses and workshops on topics related to mental health through entities such as the Complutense University of Madrid or the House of the Woman of Leganés, and has been a tutor of the students who are doing the University Master’s Degree in General Health Psychology at the UCM. She has also dedicated part of her professional career to research , which has led her to carry out studies presented at various national conferences.

Carmen Cuenca is a neuropsychologist, co-director of Centro LECER (Brain Injury Treatment Center) and Director of Centro Áurea, whose facilities are located in Calle Hilarión Eslava. She has a degree and a doctorate in psychology from the UCM and a master’s degree in cognitive neuropsychology from the Fundación Ciencia y Medicina. She also has a Certificate in Therapeutic Application of Neurofeedback (by SEBINE) and a Certificate in Psychopathology of Language and its Rehabilitation, among other specialization degrees.

This professional has been working in this field for over 20 years, and carries out assessment, detection and rehabilitation tasks in cases where there are problems such as dementia, epilepsy, learning or language use problems, drug abuse, etc.

This professional has a PhD in Neurosciences with a specialty in Child Neuropsychology from the UCM and also has a Master’s Degree in Early Care: Prevention, Detection and Early Intervention from the same institution, as well as a Degree in Psychology from the Autonomous University of Madrid.

He specializes mainly in intervention and prevention in children, and beyond the clinical field, he has taught in several Masters in different universities.

In Calle de Ibiza there is another office to consider for those who are looking for the best neuropsychologists in Madrid: Ana Ruiz Montoya . This professional, in addition to being the Director of the Neuroptimiza centre, has more than 15 years of experience as a clinical neuropsychologist.

Natalia Torrecilla has her office in Calle Doctor Castelo, and specializes in cognitive stimulation and rehabilitation for people with brain damage and for the elderly.
Natalia Torrecilla’s educational background consists of a Bachelor’s Degree in Psychology (UAM), a Master’s Degree in Clinical Neuropsychology (UCM) and several postgraduate degrees: in Neuropsychological Techniques (UCM) and in Gerontological Intervention (INFOREM), among others.

Gema Díaz Blancat is a clinical neuropsychologist, researcher and teacher. She specializes in issues related to neuropsychological intervention and intervention in cases of brain injury and brain aging, and in research, in the study of the nervous system cellular networks involved in cognitive control. He currently works in the Madrid and Pozuelo de Alarcón areas.

To learn more about neuropsychology…