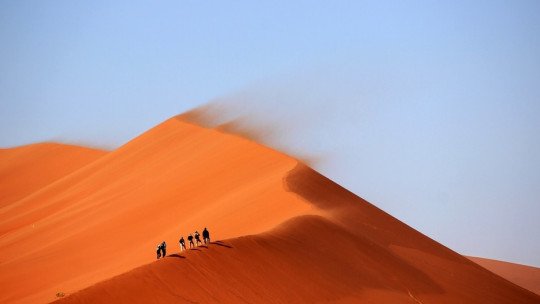 Although heat and temperature are related, they are not the same. When a substance, the temperature of that substance increases and therefore more heat generally means a higher temperature. In fact, many people know that the temperature increases when a body is warmer, for example, when we have a fever. However, both terminologies have some differences that have to do with our perception.

In this article you will find the differences between heat and temperature .

Heat and temperature are related

In our daily lives we often use these terms. “How hot it is today!” or “It’s 30°C outside” are some examples. Without a doubt, heat and temperature are related. When we refer to temperature we are referring to the speed with which atoms move . Heat, on the other hand, is a measure that refers to how many atoms there are in a substance multiplied by the amount of energy that each atom possesses.

Heat is the amount of energy a body possesses , while temperature is a measure of heat or thermal energy measurable by a thermometer. We do not see heat, but we feel it, and many times we use a thermometer to know if it is hotter or cooler in the room, because heat changes temperature.

Both are terms widely used and studied in physics , and with heat the bodies dilate or change their physical state. Heat flows from a warmer object to a colder object. For example, imagine a hot cup of coffee to which cold milk is added. The heat will be distributed between the two substances, and the coffee will not be as hot as a black coffee but the milk will not be as cold as a black milk. As for the temperature, it rises when a substance is heated and falls when it is cooled.

Differences between heat and temperature

In the following lines you can find a summary of the differences between heat and temperature.

There is a fine line that differentiates heat from temperature. While heat is the total energy of the movement of particles found in a substance, temperature is a measure of heat that refers to an average.

With regard to the properties of the particles, the heat depends on the speed, number, size and type of the particles. The temperature, on the other hand, does not depend on these qualities.

Heat is a physical phenomenon that increases temperature. It dilates, melts, volatilizes or decomposes a body . Temperature is the degree of heat in bodies.

Heat is transferred from one substance to another and has an effect on the temperature difference. As I explained earlier in the latte example. In addition, this type of energy can be propagated by conduction, convection and radiation.

But not only the measuring devices are different, but also the units of measurement. Heat is measured in Joules, Calories and Kilocalories . In contrast, temperature is measured in Kelvin (K), Celsius (C) or Fahrenheit (F).

The Joule is the energy unit of the international system, a bit special, which can measure heat, work or energy. Therefore, it is a unit of energy equal to Calories: 1 calorie is equivalent to 4.184 joules