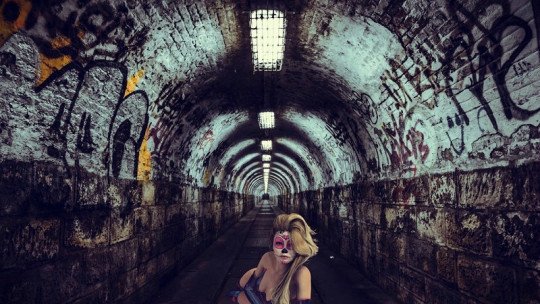 We have already spoken in previous articles about dream interpretation, about the reason why we dream, and even about lucid dreams. But until now we have not dealt with bad dreams or nightmares .

It has happened to all of us: we woke up abruptly in the middle of a dream . We may even sweat and feel afraid, as if the experience had been very real. Even if we try to fall asleep again, we still feel anguish that prevents us from doing so, and this feeling can last for hours.

Nightmares: more common than we think

We have all had nightmares, and they are much more frequent than we think . Dreaming of something disturbing and unsettling, according to Freudian theory, could be a sign that our unconscious is trying to bring to light some internal conflicts that we have not yet overcome .

For their part, neuroscientists agree that dreams have a crucial biological and psychological function: they allow us to reorganize the information we have received during the day and find solutions to the problems that torment us. The seven most common nightmares… and their explanation

Each person has his own internal conflicts and that is reflected in the content of the dreams and nightmares he experiences . But, fundamentally, we all dream of very similar things. What are the most recurrent nightmares and what explanation can we give them?

1. Being naked in the street

It is not a dream that is always lived in anguish, but when we perceive it as a nightmare, it can indicate that we feel vulnerable to others .

It’s a common nightmare among people who feel inadequate or don’t trust their ability to cope with any circumstance in their lives.

It’s one of the most common nightmares. Feeling persecuted is a sign that we are going through a stressful stage in our lives, to the point where reality overtakes us . It can also indicate that we are avoiding a particular problem. The main cause of this kind of bad dream is the fear of facing something.

We are afraid to face some situations that may mark a major change in our lives, such as a marital (or courtship) separation or the need to free ourselves from some emotional burden that we have carried for a long time.

3. Falling into a vacuum

It is not always lived exactly like a nightmare, but it is certainly one of the most recurrent dreams. We wake up with a bad feeling in our body, as if the fall had been real and we open our eyes abruptly at the moment when we should have hit the ground.

It’s a nightmare common to all life stages. What’s its meaning? Dreaming that we fall into a void can be a sign of fear of losing control over some situation in life , or experiencing the feeling that we have nothing solid to hold onto. This dream can be the product of a perception of helplessness and even fear of death.

It is a nightmare that often causes more unrest in children than in adults. It usually indicates that the person perceives that he/she has lost control over some relevant aspects of his/her life, and does not know what decisions to make . It can also be a sign that we have made a decision but we are not sure if we have done the right thing. And it may even mean that we are afraid for the future.

This nightmare can be dreamt in different formats. The most classic form is drowning in water, but also when we are in a narrow place from which we cannot escape and we feel an anguishing sensation of suffocation.

In both cases, the interpretation of this nightmare is that the person is overwhelmed by some vital event; perhaps putting a lot of effort into making something work despite all the obstacles . It is normal for it to appear in stages of life in which we are especially anxious, in which we see no way out of the tunnel in the short term. It is also possible that we are too focused on our work or academic routine and we are accusing it psychologically.

6. Being attacked by someone

This nightmare is quite associated with fear. When we have decided to act in a certain way, we can be anxious and afraid of other people’s reactions .

This is not a fear of physical aggression but rather of criticism, rejection and social isolation, probably from someone we hold in very high regard.

This is a curious but frequent nightmare. It can be a symptom of a feeling of loss of control over our life . It can also happen when we feel out of place or embarrassed in some specific situation of our daily life.

It may also have something to do with not being very satisfied with one’s aesthetics, not perceiving oneself as too attractive, or being below the expectations that others place on us.

It should be noted that the interpretations of each of the dreams are generic in nature and can be somewhat different depending on some details of the nightmare . Besides, of course, each person is different and we have very different life conflicts.

The interesting point about the meaning of dreams is that it allows us to realize that there are moments when we may be more anxious or afraid than usual, and perhaps we need a moment of tranquility to reflect on what is troubling us .