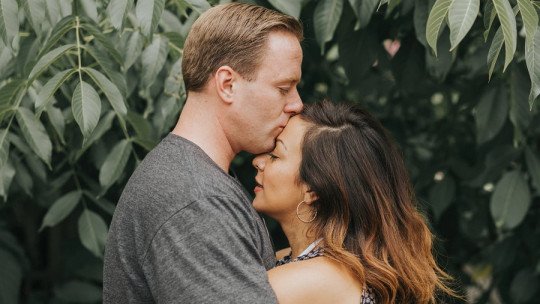 Affection, friendship, love… are concepts linked to the fact of manifesting an emotional bond with another person, which is relevant for us and to which we feel attached.

It is a type of affective relationship of great importance for us and that arises from childhood with our parents, relatives or main caregivers (later on it will mark our way of relating not only with them but also with the rest of people).

But not all of us have the same ways of relating or bonding with others, depending on our experiences and perceptions of what type of relationship we have (predictability, security, physical expression of affection…) or on factors such as temperament. That is why in reality we can talk about various types of attachment . In this article we will see what they are.

It is understood as attachment to the type of emotional and affective bond that arises between two individuals and that generates the will to remain in the proximity or in contact with the other, with preference usually for physical closeness. This concept is fundamental in close relationships and the capacity to feel it is present throughout life.

It is possible to feel attachment to all kinds of people and beings, including pets, or even to inanimate objects. It is not something specifically human, and manifestations of attachment can be observed in a large number of animals.

This phenomenon has been studied by a large number of researchers. Among them is the figure of John Bowlby, creator of the theory of attachment . This author analysed attachment in babies to maternal figures, exploring how carers transform themselves for children into elements that transmit security, well-being and affection.

His theory initially saw attachment as a relationship whose goal was the search for these elements by the baby, being a mechanism of evolutionary origin and marked in our genes (it is not something conscious) that allows the child to protect and survive.

Another great figure in the study of attachment was Mary Ainsworth , who researched and carried out various experiments that in fact led to the generation of a classification between different types of attachment in childhood.

To do this, he carried out the well-known experiment of the strange situation, in which the behaviour of children is analysed in the presence and absence of the maternal figure in a series of situations that include leaving the child alone, in the presence of a stranger and various combinations in which behaviour is analysed with respect to the environment and the search for security in the mother when she is present.

The great types of attachment in childhood

Four major types of attachment have been observed in childhood, drawn from observation of infant behavior in experiments such as Ainsworth’s.

The so-called secure attachment, which has been revealed as the most common type of attachment in childhood, refers to the existence of a type of bond in which the presence of the relevant figure allows an exploration of the relatively calm environment, using it as a mechanism or secure base to which to return in moments of discomfort or fear . Such a search will become active as necessary.

The absence or departure of the attachment figure generates discomfort and anguish, diminishing its activity and manifesting concern, and its return is always or almost always welcome. This search derives from the knowledge that the figure of attachment will respond to one’s needs in case of necessity.

A different type of attachment from the previous one, which would fall under the types of insecure attachment, is the ambivalent or resistant one. This type of attachment is based on the existence of doubts as to whether the attachment will truly respond to the needs of the person, not being sure of being able to count on their presence.

This may be due to an inconsistent contact in which the child’s needs are sometimes met correctly and at other times either not met or not well understood, with the child not knowing what to expect.

Children with this type of attachment tend to stay close to the mother or attachment figure at all times, partly because of insecurity, and their departure generates extreme suffering. However, the return of the mother does not imply a quick and happy approach but a certain rejection and resentment of what they might consider abandonment, although they tend to approach and seek contact.

In this type of attachment, also insecure, we can observe how the subject tends not to look for security and protection in the attachment figure . When he leaves, he does not usually show great levels of suffering or fear and his return is not especially celebrated, with a certain level of indifference or avoidance of contact with it.

The reason for this may be that the attachment figure may have been considered slow or insensitive to the needs of the child, especially in terms of affection and protection. They may feel unsupported or that their needs are rejected, which may lead to avoidance as a way of defending themselves from the discomfort associated with the feeling of abandonment.

A much less prevalent type of attachment than any of the above, disorganized attachment would correspond to a mixture of the two previous types of insecure attachment. It is generally observed in environments where attachment patterns are both positive and negative, a source of both satisfaction and harm. It is more common in situations of abuse and domestic violence .

The behaviours shown are inconsistent: on the one hand the absence of the attachment figure is unsettling, but at the same time you can relax because of it. Likewise his return can be received with fear or joy but without seeking closeness. They may seek active avoidance of contact, or they may manifest strange or changing patterns depending on the situation
.

The above types of attachment are mainly focused on those that arise throughout early childhood, in interaction with the mother . But these types of attachment do not remain the same, but as the child grows and becomes an adult the type of attachment generates a more or less habitual style of thinking and interpersonal relationship.

In this sense, we can find up to three main types of attachment in adults, according to research carried out by Hazan and Shaver in which they made adults define the type of feelings they had in their personal relationships.

About half of the population has this type of attachment, in which there is usually no frequent concern about abandonment of the environment or excessive commitment .

In interaction with others, comfort, tranquility and trust prevail, being able to have equivalent interactions with peers and other figures of attachment. They consider themselves worthy of affection and tend towards warmth and stability. Self-esteem is good, they have independence and seek positive relationships.

A person with avoidant attachment will tend as an adult to have difficulty trusting others and to feel uncomfortable in intimate relationships. Usually the contacts are more superficial, and there may be discomfort and difficulty in expressing deep aspects to others. They tend to be less sociable , although this does not imply that they cannot enjoy relationships. They may be self-representative, elusive and appear cold.

Ambivalent attachment shows up in adulthood as a way of relating in which one may think that one is less valued than one deserves. One’s own identity and self-concept may be damaged, with insecurity about wanting/unwilling or being/unloving. An intimate and deep relationship is desired, but this may in turn generate a certain reticence and fear . It is not uncommon for this attachment to generate situations of dependency or co-dependency, as well as fear of abandonment.