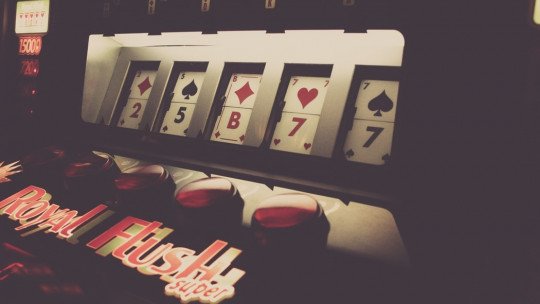 Gambling addiction, also called compulsive gambling, is a problem that can manifest itself in a subtle way, either because society is not sensitive enough to the problem or because people have the wrong idea about it.

While talking about specific types of gambling is somewhat complicated, it is possible to talk about types of players and what the risks are for them to suffer from the disorder, and in this article we are going to focus on that.

What is pathological gambling?

Pathological gambling, also known as ludopathy, is an impulse control disorder, which makes those who suffer from it feel like betting on games of chance , without being able to control themselves. The bets, which can be very high, make the person get into financial problems, asking for loans that can almost never be paid back.

Gambling becomes an addictive behavior, similar to the consumption of tobacco, alcohol or high-calorie food. Addiction causes pathological gamblers to get out of control, completely losing the ability to stop the behavior.

In the long run, the people who are part of the affected person’s immediate environment become aware of the problem, and they are usually the ones who put pressure on him to seek help and stop losing money. Faced with this, most often the gambler denies that he has a problem, saying that it is just a bad patch and that, eventually, he will manage to win what is necessary to pay what he owes.

Types of Pathological Gambling (and their symptoms)

As with all psychological disorders, there are as many types of pathological gambling as there are types of people , with symptoms closely related to the individual’s own personality characteristics. However, it is true that there are profiles of players who are more likely to suffer from this impulse control disorder compared to others.

Next, we’ll look at all the types of players that exist, what their risk of pathological gambling is, and especially what the specific profile of the person who is considered to be a pathological gambler is academically speaking.

This type of player is characterised by making the game part of his life , as if it were a profession. In one way or another, they have developed effective strategies to win in games of chance.

The professional player is a person who has a high tolerance for frustration, patience, intelligence and self-control. He acts in a well thought-out manner to ensure that his winnings are not thrown away.

Although gambling is very common in his life, this player profile does not usually have the characteristics of a gambler, since people who suffer from an addiction tend to act impulsively and unrationally.

A person who devotes time to a game of chance in a very punctual manner, simply to entertain himself by being with other people , while enjoying the activity.

This type of person would correspond to someone who wants to spend the afternoon playing poker with friends from work, or playing slots for a while while while waiting for what he has ordered at the bar.

It’s played to pass the time, relieve stress and socialize, not to make a high profit.

The most remarkable characteristics of this player profile are that his self-esteem is not influenced by the outcome of the bets, he considers other aspects of life much more important and the gains and losses are usually moderate.

Unlike the previous player profile, the serious social player devotes several hours to the game not as entertainment, but rather as a mechanism to cope with everyday problems and the stress they generate.

The serious social gambler invests a significant amount of money and much of his free time in gambling, which can lead to problems at the family, social and work levels.

This profile, although not considered pathological in itself, is likely to evolve into a genuine gambling addiction.

In most cases, addictions arise as an ineffective mechanism to cope with emotional problems or to fill a sentimental void .

Players with an escape-relief strategy use the game in a similar way as serious social players do, but with the particularity that the game is the only mechanism they know to cope with depression, anxiety and stress.

This type of profile, which acts impulsively, is characterized by a tendency to win almost never. This is because when they play they are in too intense an emotional state to be able to think rationally.

Their ability to judge and make decisions is greatly impaired by the high emotionality they are experiencing, tending to bet high amounts and without thinking about the possible consequences.

Losing a lot of money is something that, in the long run, contributes to an increase in negative emotions, especially stress and depression. So, this profile is the kind that can evolve into a gambling addiction.

This profile is somewhat peculiar because, although there is a risk that it will degenerate into a problematic situation, the truth is that in the case of the conservative player he will play more for the experience than to earn money .

Whether out of curiosity or simply because they want to feel the excitement that they can win something, these players enter the world of gambling simply to see what happens.

Actually, it’s very rare that a person with this profile ends up being a textbook gambler.

The antisocial player is called upon to enter illegal grounds , such as betting on a game, trick dice, cockfighting or any other event involving a crime.

The antisocial player has the clear intention of winning, no matter what, a large amount of money, even if this means hurting others by lying, cheating, stealing or hurting others.

Although their relationship with the game need not be pathological in itself, the antisocial player may manifest personality traits and other vital aspects that require treatment in psychological therapy.

Compulsive gamblers put their whole life aside and are controlled by gambling and the urge to make money . This is the clearest profile of a person with compulsive gambling, or, if this is not yet the case, there is an enormous risk of developing it.

Many of them will not want to admit that gambling has ended up controlling them, this being a first symptom of a real gambling addiction.

In addition to spending too much time playing, those who are aware of the problem may try to quit on their own, without success. They also set a ceiling on the amount of money they can spend, but almost never respect it and end up exceeding it.

They get carried away by emotions and, whether it is a loss or a gain, the desire to keep playing increases.

Despite the economic problems involved in losing large amounts of money, in addition to family tensions and interference in working life, the behaviour does not stop.

They live constantly in the player’s fallacy, a superstitious thought, believing that all the losses that have occurred increase the chances of winning in the next game or play.