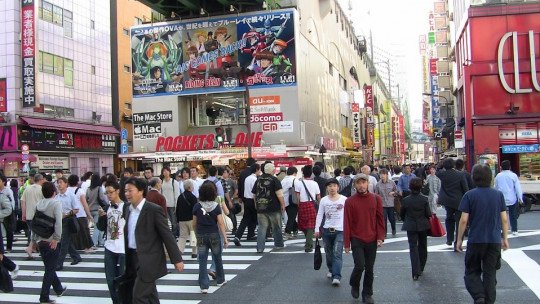 We call “sampling” the statistical procedures used to select samples that are representative of the population to which they belong, and which are the object of study in a given investigation.

In this article we will analyse the different types of sampling that exist, both random and non-systematic .

In statistics, the concept “sample” is used to refer to any possible subset of a given population. Thus, when we speak of a sample, we are referring to a determined set of subjects that come from a larger group (the population).

Inferential statistics is the branch of this discipline that deals with studying samples to make inferences in relation to the populations from which they originate. It is opposed to descriptive statistics, whose task consists, as its name indicates, in describing in detail the characteristics of the sample, and therefore ideally of the population.

However, the process of statistical inference requires that the sample in question be representative of the reference population so that conclusions obtained on a small scale can be generalized. In order to facilitate this task, several sampling techniques have been developed , i.e. sample collection or selection .

There are two main types of sampling: random or probability sampling and non-random, also known as “non-probability” sampling. In turn, each of these two broad categories includes various types of sampling that are distinguished according to factors such as the characteristics of the reference population or the selection techniques employed.

Types of random or probability sampling

We speak of random sampling in cases where all subjects in a population have the same probability of being chosen as part of the sample. Samples of this kind are more popular and useful than non-random ones, mainly because they have a high representativeness and allow the calculation of the error of the sample.

In this type of sampling the relevant sample variables have the same probability function and are independent of each other. The population has to be either infinite or finite with replenishment of elements. Simple random sampling is the most commonly used in inferential statistics , but it is less effective in very large samples.

Stratified random sampling consists of dividing the population into strata; an example of this would be to study the relationship between the degree of life satisfaction and socioeconomic level. A certain number of subjects are then drawn from each of the strata in order to maintain the proportion of the reference population.

In inferential statistics , clusters are sets of population elements , such as schools or public hospitals in a municipality. When carrying out this type of sampling, the population (in the examples, a specific locality) is divided into several clusters and some of them are chosen at random to be studied.

In this case, we begin by dividing the total number of subjects or observations that make up the population by the one we want to use for the sample. Then, a random number is chosen from the first ones and this same value is constantly added; the selected elements will become part of the sample.

Non-probabilistic samples use criteria with a low level of systematization that seeks to ensure that the sample has a certain degree of representativeness. This type of sampling is mainly used when it is not possible to carry out other random samples , which is very common due to the high cost of control procedures.

In purposive sampling, the researcher chooses voluntarily the elements that will make up the sample, assuming that it will be representative of the reference population. An example that will be familiar to psychology students is the use of students as opinion samples by university professors.

In this type of sampling, the researchers contact specific subjects; they then recruit new participants for the sample until it is complete. Snowball sampling is generally used when working with hard-to-reach populations , such as in the case of substance abusers or members of minority cultures.

We speak of quota sampling when researchers choose a specific number of subjects that meet certain characteristics (e.g. Spanish women over 65 years of age with severe cognitive impairment) from their knowledge of the population strata. Accidental sampling is frequently used in surveys .