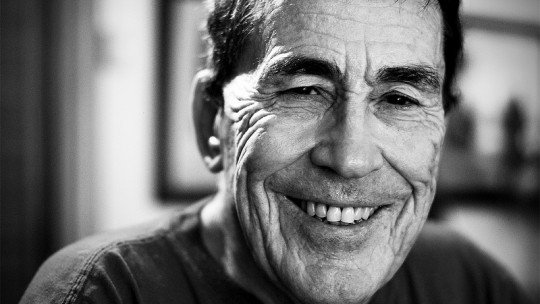 Fernando Sánchez Dragó is a Spanish writer and journalist who holds a doctorate in Romance Philology from the University of Madrid.

After receiving his doctorate, he became a professor at the Instituto Cervantes and later a professor of literature, language and history in several countries: Japan, Senegal or Morocco; tasks that combined narrative and poetry and with his work as a correspondent for several national newspapers. His concern for political issues led him to become an activist, which led to his imprisonment by the Franco authorities and, later, to his exile

The most outstanding books by Sánchez Dragó

Back in Spain, he participated in several television programs, which led him to achieve the Ondas Award. In addition, has been an outstanding author of editorial works on different themes , for example, spirituality, the development of consciousness, wisdom, religions or literature; and throughout his career, he has received other prestigious awards, among them, the prestigious Planeta Prize.

Below you can find a list of his best books, along with an explanation of each title. If you want to know more about any of the following works by Fernando Sánchez Dragó, you can access Amazon through the links we provide and comfortably order the book that suits you best .

The theme of this book is strongly autobiographical . It is about a man who decides to undertake a journey to the East in search of wisdom, spirituality, the encounter with himself and the happiness he is not able to find in the Western world. He leaves behind the woman with whom he has lived great experiences and illusions, but his idea is to meet her again after some time. In the meantime he sends her letters and tells her how his journey is progressing.

Parallel Deaths is another autobiographical text by Sánchez Dragó. It is a book that tells the story of the last days of his father, the journalist Fernando Sánchez Monreal , murdered by the “nacionales” during the civil war. However, this text deals with other murders committed by both sides, for example, Federico García Lorca or José Antonio Primo de Rivera, founder of Falange Española. A text with a highly recommendable historical character.

This work, originally published in 1978 and edited by the Grupo Planeta is considered a literary explosion and philosophical transgression that tells the story of post-Franco Spain in a single volume. It is a peculiar text like few others, original, poetic, inspiring, unconventional and somewhat controversial, in which the author makes clear his political views.

The Path of the Left Hand is an essayistic and philosophical text, which was published in 2002. In this work Sánchez Dragó’s ideas are summarized and his philosophy is expressed in the form of commandments , generally with their explanation. His thoughts are captured with a transgressive, liberating and anti-modern touch, with more oriental and spiritual overtones than western. A discourse that invites to ethics and wisdom. This work was recognized with the Planeta Prize in 1992 and is undoubtedly worth reading . It is a beautiful story that tells the exploits of a Spanish detective in his fifties. Its pages contain all the ingredients of a novel in the purest Indiana Jones style: mystery, tension, adventure, uncertainty, ambushes, traitors, exoticism, tyrants, political and religious struggles. A work not to be missed. 6. Sitting on the Happy Stern

Sitting on the Merry Stern is part of his tetralogy “La Dragontea”, which began with Diary of a Warrior (1992), On the Wire of Shiva (1997), and The Road to Ithaca (1998). Undoubtedly, is the freshest text in the collection, and much of his life is collected in the four volumes of La Dragontea , especially the latter. 7. Magic History of the Way of Saint James

The Way of Saint James is a well-known route in Spain, as it is travelled by pilgrims from all over the world to reach the city of Santiago de Compostela (in Galicia), where the relics of the apostle Saint James the Greater are honoured. An extraordinary book in which Sánchez Dragó creates a story from the beginning of the pilgrimage to Santiago and traps the reader along its wonderful and fantastic journey. I have never done the Camino de Santiago, but if I do one day I will take this book with me.

That Fernando Sánchez Dragó has written a novel about the adventures of a cat may shock at first , especially after the texts to which we were accustomed. However, this work will not disappoint the reader, who will find in it a style perhaps different, but full of talent. The text is written in honor of a cat that barely lived a couple of years with the writer, but Soseki must have had something to dedicate a work to him.