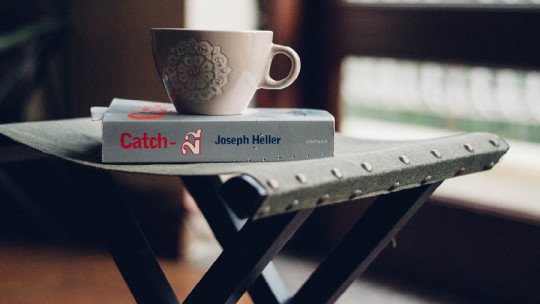 “Once upon a time…” . This well-known construction resonates in our minds as the one that starts a great part of the stories we have heard in our childhood.

The story, like other types of literary genre, a form of narration that tells a story in the form of prose. Another genre that works the narration from the prose is the novel. Both types of narration have characteristics in common that sometimes cause them to become confused, but nevertheless they also have multiple differences that make them recognizable and different.

In this article we will explain the main differences between short stories and novels .

The novel and the short story are, as we have said, literary genres written in prose that tell and transmit a story in the form of a narrative. Although similar in some respects, they have many differences that make them easily recognizable.

A novel is a relatively extensive narrative that tells a story of fiction (whether it is totally fictional or based in part on real events), elaborated for recreational purposes. It presents a series of events in which a number of characters will be involved, which will also develop throughout the story. The action is contextualized in a certain point of space-time, even if it refers to non-existent environments or worlds. The themes of this one can be varied and have different structures and ways of being carried out.

As far as the story is concerned, it is a form of short and concise narration that relates a specific fictional situation in which a few characters are involved and whose main function is both to entertain and to transmit certain values or teachings. Its structure is simple, and although there are exceptions, they are not usually situated in a specific time or special moment.

Although in the previous section some differences between a story and a novel can already be deduced, we will now proceed to highlight and explain them .

One of the easiest differences to detect between story and novel is the difference in its length . While the story is generally short and does not usually cover more than a few pages, the novel is usually quite long. In spite of this, it must be taken into account that the length is a confusing parameter when establishing a limit between both types of narrative, since there are very long stories and short novels that can be similar in this factor.

2. Level of concreteness and complexity

As a rule, the novel presents a high level of complexity , presenting various situations that may be difficult to understand at first and that will develop and vary throughout the narrative. However, the story tends to be simple and concise, proposing a very limited situation that is easy to understand and does not tend to seem like complications beyond those initially proposed.

While the stories generally relate to a single theme to work on throughout the story, in the novels different themes, subplots and plot twists may emerge that enrich the reading but make it more complex and difficult to follow.

In both narrative genres we find a structure in the form of approach, knot and outcome. However, while the story adheres firmly to this structure and it is easy to delimit in which moment of the story we are, in the novel there can appear script turns , new beginnings or even a series of parallel stories that make its structure more complex.

The emphasis given to the characters also differs in the novel and story . While the story usually focuses on what happens to a few characters, most of whom are defined from the beginning, in the novel a wide variety of characters may appear whose role may vary and who will develop with different levels of depth.

Another point on which the story and the novel differ is the use of space and time . The events that the story tells tend to take place in a single area or place or to be related to a single journey, while in the novel the plot can take the characters to different environments that are very different from each other. As for time, although in both types of narration the events can happen in a short or long interval of time, it is more frequent that in the story things happen in a short period of time while in novels the events are prolonged.

Similarly, often neither the time nor the place are in themselves the object of analysis in the story and are only inferred, whereas in novels these aspects are usually delimited with greater precision, with the story being much more contextualised (even if it is a question of places and times that have never existed).

The purpose of the two genders also differs. Although it is true that both are a playful element, the novel’s sole purpose is to entertain and in some cases to make people think, while the story focuses on transmitting a teaching (generally in the form of a moral).

A last difference can be found in that the novel is a literary elaboration that is transmitted in writing . In contrast, although the story may appear in writing, it has traditionally been transmitted orally.