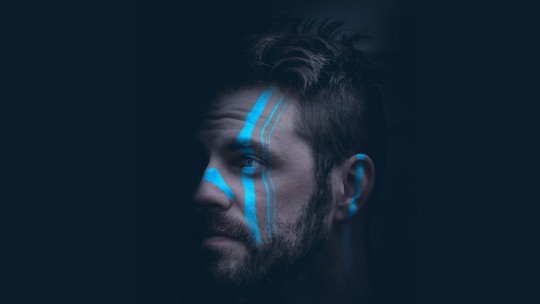 Human beings are animals that have many potentialities . These can be manifested in multiple contexts, either in the form of physical actions or in capacities that characterize us.

Humans are beings of a biopsychosocial nature, which means that we are animals who need to interact with others and are aware of our abilities, thoughts, reflections and, in essence, our own existence.

In this article we will explain the eight dimensions of human beings , which are the following.

This dimension has to do with the body itself, understood in structural terms.

Our body is the physical tool that allows us to perform actions, establish contact with others and acquires great importance with respect to how we identify and see ourselves.

This dimension includes those habits that people wear to ensure the maintenance of the body, either externally or internally, and to prevent it from being damaged or from developing diseases.

Habits that can be done to prevent the physical dimension from being negatively affected include eating a healthy diet, engaging in sports activities, and visiting doctors to see what condition the body is in.

The human being is a sociable being and that is why interaction with others is one of the most important dimensions that are present in his life.

As members of a society and, more specifically, of family, ethnic, friend or other groups, it is necessary to maintain contact with others to ensure survival.

Aspects such as developing affective ties, having good friendships, living in a family without dysfunctional dynamics contribute to being able to achieve well-being and happiness.

As intelligent beings, we humans have tried to explain our world and extract from it the laws that explain it.

We have always tried to get as much knowledge as possible, in order to be able to predict what is happening in our environment as well as to use the new learning acquired to improve survival.

The cognitive dimension refers to the capacity of the human species to use its intellect to create new concepts, modify its environment and progress from them.

Emotions are an aspect of great importance for the adaptation of human beings . In fact, it is thanks to this that in recent decades the idea of emotional intelligence has been defended.

Not only is being afraid of a lion something that guarantees survival, but feeling sad at a funeral or showing pride and joy at a milestone of one’s own are elements that facilitate proper social interaction and motivate further development as a person.

Emotions are the result of a stimulus, either internal or external. Improving this dimension implies acquiring better self-knowledge.

The emotional dimension does not only refer to the ability to feel emotions, but also to identify them in others and to know what we are feeling at a given time and their cause.

Language is, without a doubt, the most remarkable capacity of the human being . Thanks to it we have been able to reach the current civilizations, and it is what allows the dissemination of our knowledge over long distances through written systems.

The communicative dimension refers to this ability of the human being to create more or less complex systems of signs and symbols with which he can interact with others.

Language is what allows us to transmit our ideas, opinions and experiences without having to physically represent them. It is enough that the interlocutor knows the same code that we are using and thus the exchange of information will take place.

Surprising as it may seem, language not only allows the sharing of knowledge, but also the modification of reality.

Giving an order, inviting reflection, explaining how something should be done are communicative acts that, in turn, materialize in actions that change the environment and the actions of others.

Although the name of this dimension may seem to be limited to more religious aspects, the truth is that the word “spiritual” is an umbrella that includes philosophical thoughts such as understanding the meaning of one’s existence.

Human beings, as animals with a highly developed intelligence, try to understand aspects that go beyond the physical, reaching a transcendental level.

There are phenomena that the laws of physics do not allow us to explain, which can be a real mystery that besides being frustrating can be even more interesting.

As proof of this, since time immemorial human beings have created religions and superstitions in order to give an explanation, perhaps fantastic and irrational, to the unknown.

The idea of God, spirits, ghosts and incarnations are only a few examples of man’s search for that which he does not see and cannot physically perceive.

Beauty is an abstract and arbitrary idea . Despite this, it is something that has acquired great importance throughout the history of humanity.

Culture has not only served to create useful goods for the most basic needs of human beings, it has also served as a basis for creating art, in order to be admired.

The vision of something beautiful can generate a whole series of emotions and sensations that enrich the human experience.

The aesthetic dimension is clearly something that manifests itself not only in all the cultures of the globe, but also each person has his or her own vision of beauty.

Even people who say they are not good at everything related to the fine arts have tried to do something artistic at some point in their lives.

People need to know how to behave so as not to live in a world of uncertainty and anarchy that would undoubtedly lead to a situation of chaos and where the law of the strongest would prevail.

The dimension of ethics refers to the capacity of human beings to recognise what is most correct , either on the basis of their own criteria or according to what the social norms indicate.

Human beings must try to act in such a way as to ensure the greatest possible good for others.

Recognizing that others have the same rights as we do, that the freedom of one can mean the end of another and that in order to live in peace and harmony it is necessary to regulate our behavior are aspects within this dimension.