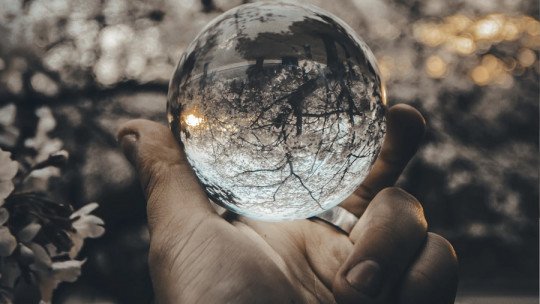 Human knowledge, the reason for being, one’s own existence, beauty… are concepts that have been raised throughout the history of humanity, through philosophy. Philosophy is a very ancient field of study that encompasses different philosophical disciplines.

In this article, besides explaining what philosophy is, we will know the 8 philosophical disciplines that we can find within it, according to what they study. We will know the object of study of each of them and their essential characteristics.

What do we mean by philosophy?

Philosophy is a very ancient field of study, which has its origin in ancient Greece, where thinkers already asked themselves questions about life, knowledge and death. Their contributions have allowed the birth of many currents of thought, sciences and theoretical orientations . It is a system of knowledge that lies between theology and science, and which is based on reason.

Thus, philosophy encompasses a series of knowledge that seeks to answer questions such as: Where do we come from? What is the meaning of man? etc. In addition, it is important to emphasize that the psychology that we know today was born from philosophy.

That is to say, it intends to give an answer to transcendental questions of the human being, through the exploration of knowledge, reflection and reason . In addition, it also explores other aspects such as ethics, morals, beauty or language, through the questioning of reality.

Philosophy is a very broad field of study that can be divided into smaller fields; these are its various branches of study, the so-called philosophical disciplines.

Philosophical disciplines are those intellectual activities that show us the forms that philosophy can take , which are many. Since the first philosophers appeared thousands of years ago, many are the fields of reflection and research that they have tackled, and some of them are very different from each other, so that they can be classified in different categories.

Thus, we can understand philosophical disciplines as the different starting points from which we can ask ourselves questions and try to answer them according to the nature of these unknowns. Each one of them aims to answer specific questions or problems, and presents specific characteristics; moreover, their object of study varies.

In this article we will see which are the main philosophical disciplines, and in which themes each one of them is immersed.

The first of the philosophical disciplines we are going to comment is logic, considered a formal (not empirical) science. Its name comes from the term “Logos” (in Greek), which means idea, thought or reason. The object of study of logic is the ideas themselves, and it seeks to draw conclusions from certain premises , through the making of inferences.

Inferences, on the other hand, can be of two types: valid or not valid. The logic is what will allow us to determine which type they are. Logic can be applied in various fields or areas of study, such as mathematics or computer science, as it can be a very useful tool for solving complex problems. At the same time, it maintains a close relationship with what is known as formal science, to the point that it becomes blurred with the very concept of science.

Other terms that have been used to talk about epistemology are “Philosophy of Science”, since its object of study is knowledge, and it also deals with studying why some sources of scientific knowledge are “valid” and others are not.

Thus, epistemology is in charge of studying knowledge itself, but also its typology (content, meaning…) and degree of veracity. It delves into human knowledge itself, looking for its foundations, principles and methods that allow us to obtain it, as well as the limitations of what we can get to know consistently.

The object of study of axiology is values . That is, it studies the value that things have, what is understood by value, what is its nature, etc. It delves into their foundations and their essence, and how they relate to human beings. This is why axiology is often called the “philosophy of values”.

Etymologically, the word axiology comes from “Axis” (value) and “Lodge” (study, science). This word was first used in 1902 by Paul Lapie , and later by Eduard Von Hartmann, in 1908. This last author was the one who consolidated it as a philosophical discipline, and the one who used it as a basis for his philosophy studies.

Moreover, axiology is closely related to another of the philosophical disciplines we will see in this article: ethics. The latter focuses on the concepts of good and evil.

The ontology has as object of study “the being in general”, as well as its essence and properties. Among the philosophical disciplines, it is one of the ones that has a greater metaphysical component (in fact some experts consider it part of it). Etymologically, the word ontology comes from the Greek “Onthos” (being) and “Lodge” (study, science).

On the other hand, it also intends to analyze the principles that govern one’s own being, the general categories of human beings and the classes of entities that exist . An entity is a “thing or being that has real or imaginary existence”; it is a somewhat abstract, metaphysical concept. Thus, ontology goes beyond the physical appearance, and seeks to analyze the most abstract or intangible things or beings.

Another philosophical discipline, philosophical anthropology, is in charge of studying man as both object and subject of philosophical knowledge. Etymologically, it also comes from the Greek, specifically from the term “Antrophos”, which means man.

Thus, it aims to find out what determines the rational and spiritual condition in people, based on the investigation of the human essence. It seeks to understand the place of human beings in the cosmos, their problems and conflicts , their nature of being, etc. Today anthropology is a university career.

Ethics is another philosophical discipline “par excellence”. It is in charge of studying “good and evil” according to some fundamental principles , in relation to human behaviour. Etymologically it comes from the term “Ethos”, which means custom.

Ethics also studies the relationship between human acts or behaviour (good or bad) and morality itself. Thus, it is the philosophical discipline that would regulate the social norms and customs within a community, allowing us to value behaviors within “ethical” or moral parameters, qualifying them as right or wrong, good or bad, etc.

It is one of the philosophical disciplines with the most practical use, because it is based on everyday situations, many of which can be experienced by most people, and it tells us about our way of conceptualizing good and evil, the distinction between the moral value of intentions and effects, etc.

Aesthetics is in charge of studying beauty, its perception and aesthetic judgments . Etymologically, it comes from the word “Aisthanomai” (to feel the beautiful), although it has also been said that it comes from the Greek “Aisthetikê”, which means feeling or perception.

In other words, it could be said that aesthetics is the “Philosophy of Art”. Concretely, it studies the aesthetic experience, the nature of the value of beauty, the order and harmony of things susceptible of being beautiful . He also analyses what conditions are necessary to feel or perceive that something is beautiful.

On the other hand, aesthetics is in charge of formulating a series of categories and foundations within the artistic field, in the language of art . This allows philosophy to be introduced into many areas of the humanities and art history, among other fields of knowledge with which it maintains a close relationship.

The last of the philosophical disciplines, Gnoseology, comes from the terms “Gnosis” (knowledge) and “lodge” (study, science). Gnoseology is also called “Theory of Knowledge”, and its object of study is the essence, foundations, scope, limitations, elements, origin and evolution of knowledge.

This philosophical discipline allows us to analyse the human experience and the phenomena we perceive and experience from reality , through different modalities: perception, memory, imagination, thought, etc.

On the other hand, gnoseology presents three fundamental premises that it tries to solve: the “know what”, the “know how” and the “know how” of all experience and knowledge.