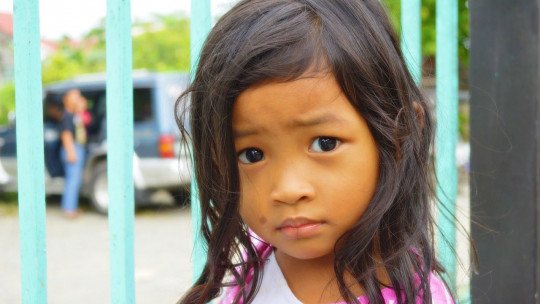 Physical punishment has been a standardized form of punishment for many years. Until relatively recently, spanking was common practice in most families with young children; even today it is easy to hear statements like “a slap in time never hurts”.

Fortunately, in recent years some psychological currents have gained strength, such as emotional psychology and positive psychology, which state that physical punishment is not the best option for correcting behaviour, because of the emotional impact it has on the person receiving it. And this is based on a great number of reasons, among which we find the following eight that we have proposed to explain today.

Our behavior directly influences the behavior of our children. This means that, if we use violence with them and/or in front of them, we will be favouring the normalisation of this type of behaviour , so sooner or later they will internalise it and repeat it.

Physical punishment, as the violent behaviour it is, will be reproduced by our children as a viable way to get what they want. By being violent we educate our children to be violent.

If we tend to use violence to solve conflicts, we are teaching that violence is a good strategy to solve problems . Our child will use it in any problem that comes up if he doesn’t know other strategies with which to solve everyday problems.

As physical punishment is given over and over again, we are causing our child to end up being afraid of these reactions. This, in a short period of time, will lead to feelings of rejection towards his own parents .

Faced with this, the child may begin to hide important information for fear of this type of punishment. This is another reason why domestic violence does a disservice to children’s psychological stability.

4. We make our child lose confidence in us

Faced with the fear of violent responses from parents, the child may start to feel that he or she has no support from their parents, but rather punishment and suffering.

This can make it difficult for the child to feel empowered enough to communicate his or her problems and concerns with the parents for fear of bad reactions and further misunderstanding.

If physical punishment is given over and over again (especially if it is not accompanied by positive reinforcements for desired behaviours), the child may begin to internalize a feeling of invalidity that is increasingly powerful, which will gradually lower his levels of self-esteem; the child will end up thinking that he is worthy of physical punishment and that he will never be able to please his parents.

This is what is known as learned helplessness.

6. Physical punishment says what is wrong, but not what is right

Therefore, physical punishment is not a constructive method . It warns that the triggering behaviour has not been good, but it does not offer correct alternatives to that behaviour.

The child, therefore, will know that he or she has performed a behavior not desired by his or her parents, but will not be able to learn what behavior to perform the next time the same situation arises. Therefore, physical punishment does not show how it can be improved, which increases the child’s confusion.

7. We teach that violence is useful in all situations, and that the strongest person wins

We do not teach reasoning, nor do we teach friendly problem solving. We teach that the strongest always wins and the weakest always loses .

With violence, the child does not learn to respect authority figures, and this can lead to serious problems, such as transgression of rules. This can not only be a big problem in relating to others, but can also trigger bad relationships with justice and society.

In discussions where physical punishment is given there is unilateral non-verbal communication . This communication is not favourable to any member of the family. The family members do not learn to dialogue and look for solutions that benefit everyone.

These eight reasons show that physical punishment is not a recommended method for modifying behaviour, as its unwanted side effects are notorious .

Currently, psychology recommends other types of behaviour modifiers that are much healthier and without negative repercussions, such as withdrawing attention from unwanted behaviour and positively reinforcing good behaviour.