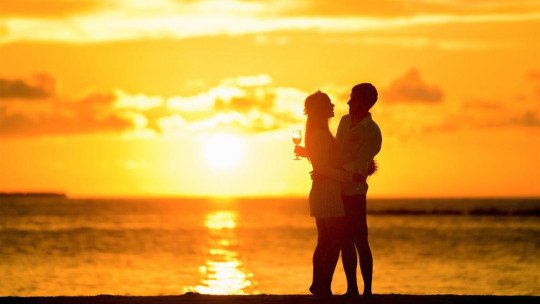 Infidelity is considered the greatest betrayal that can be committed against the other member of the love relationship. When we have a partner, in most cases (with the exception of open partners), we unconsciously sign an implicit contract that implies loyalty, exclusivity and respect.

Fidelity is one of the basic pillars on which a traditional couple’s relationship is based, and when it is compromised, it is difficult to regain stability and make the relationship work as it did before. However, complicated does not mean impossible, as there are couples who overcome this delicate situation.

Of course, overcoming these crises depends largely on which type of infidelity has been committed . In this article we will talk about them.

Infidelity is a matter for both men and women

When most of us think about infidelity, surely the first thing that comes to mind is sex. However, physical infidelity is not the only type of adultery that exists. According to a group of Norwegian researchers who conducted a study published in the journal Personality and Individual Differences , infidelity hurts us just as much even if the sexual act has not taken place. When we are cheated on, whether it is with sex or not, we feel that trust has been lost. How can we trust that person who said he loved us with all his heart?

In recent years infidelities are on the rise , and new technologies surely have something to do with it. Thanks to Facebook, WhatsApp or the various dating apps, it is increasingly easy to have relationships outside of the couple. There is also a growing temptation to have infidelities.

Now, infidelity is not exclusively a man’s problem. According to a study carried out by the French Institute of Public Opinion (IFOP), one woman in three has cheated on her partner at some time, so there is no difference between the sexes in this respect .

Direct infidelity is one in which the infidel has in mind to deceive his partner. That is, before the infidelity occurs the person has already made moves to be able to have relations with another person. In short, it is deliberate and planned .

For example, when an individual signs up to a website like Ashley Madison (whose function is to get users to engage in extra-marital relationships) and meets a person outside of his love relationship with the aim of being unfaithful, he is committing direct infidelity. His idea was to be unfaithful from the first moment and he has carried out his plan perfectly.

An infidelity is indirect when the opposite is the case.

In this type of infidelity there is no initial intention to be unfaithful , but desires or the act of being unfaithful arise suddenly. For example, it occurs when a person is in a bad relationship but the closeness with someone to whom he tells his problems ends in infidelity. In these cases, the person with a partner may regret it.

Online infidelity is very common nowadays, because with the inclusion of new technologies in our lives, many people use the Internet to be unfaithful. The advantages of online infidelity are numerous. The person can connect at any time (even with a partner at home) and digital social media is a way to escape from the reality of the physical world under apparent anonymity .

Those who commit a virtual infidelity do not always get to meet their infidelity partner in a physical way.

Some people consider that infidelity does not necessarily include sex, but that the mere fact of feeling something for another person outside the couple is a betrayal .

Emotional infidelity is one in which the person who has a partner “feels something” for the other person. It is also called romantic infidelity, and may or may not involve sex. It is more typical of women than men.

This type of infidelity is committed by people who are ending their relationship and do not have the strength to leave it definitively . They need to have someone there to help them through the bad times, and they use the other person so that they don’t feel alone.

Users of this type of emotional crisis may promise their partner of infidelity the gold and the silver, but in reality it is a way to avoid the possibility of a separation alone.