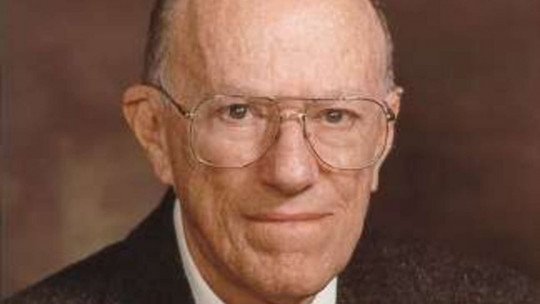 On September 15, 2009 Leon Eisenberg, a renowned and prestigious American psychiatrist, died of cancer.

Some time later, specifically in 2012, the newspaper Der Spiegel would unleash a great controversy by publishing an article derived from the last interview offered by Mr. Eisenberg, identifying the professional as the discoverer of ADHD and indicating in the article that the famous psychiatrist had recognized that Attention Deficit Hyperactivity Disorder or ADHD was an invented disease.

Before focusing on the controversy raised by such an alleged statement, let us remember what we are talking about when reference is made to ADHD.

Attention Deficit Hyperactivity Disorder: What are we talking about?

ADHD is understood as a set of diverse symptoms grouped around inattention, hyperactivity and impulsivity , presenting in a stable manner for a period of at least six months.

The symptoms of ADHD

For the diagnosis of ADHD, it has been established that there must be at least six or more symptoms of inattention (neglect of details, difficulties in maintaining attention, busy mind that makes you not listen, failure to complete or follow tasks or instructions due to distraction, organizational difficulties, loss of elements, avoidance of tasks sustained over time, easy distraction, forgetfulness of daily activities) and/or six symptoms of hyperactivity and impulsivity (constant playfulness, getting up in circumstances in which one should remain seated, motor restlessness, excessive speech, difficulty in waiting for a turn, interruption of the activities of others, anticipation of the response of the other in a conversation, getting to finish the sentences of others, inability to play quietly, running around in inappropriate situations).

Some of these symptoms may seem normal at certain ages, but for the diagnosis of ADHD, they must be maintained for six months at a level that does not correspond to the developmental level of the subject, taking into account the age and intellectual level of the subject. That is, the diagnosis takes into account or should take into account that the symptoms are abnormal or exaggerated. It is also taken into account that the symptoms do not occur in a single environment or situation, but rather that they occur in a generalised manner in at least two different environments (it is therefore ruled out that they only occur in school) and produce a clear deterioration in the individual’s activities.

While symptoms must have occurred before age seven to be diagnosed, ADHD can be diagnosed at any age, including in adulthood.

In this last aspect, it should be taken into account that although some aspects of ADHD seem to be corrected with age (as the brain matures in the frontal area, which in this disorder is usually slowed down), especially in the case of hyperactivity symptoms, in many untreated cases some symptoms persist, such as reduced attention span and a certain feeling of internal restlessness.

Leon Eisenberg: Why is he called the discoverer of ADHD?

Numerous publications seem to indicate that Mr. Eisenberg was the discoverer of ADHD . This consideration is not entirely correct: although Dr. Eisenberg had great relevance in the study of this disorder, ADHD is a disorder known since ancient times, having references to symptoms and trying to be explained by previous authors, although it was called in different ways. In fact, the “discoverer of ADHD” himself once indicated that the disorder was already well known before he worked on it: there are references to children with the same symptoms since 1902 by George Still (who would classify them as children with moral control deficits) and even descriptions prior to this one.

Despite this, Mr. Eisenberg did play a major role in the consideration of this disorder : he was a pioneer in giving due importance to genetic factors in the etiology of this disorder (before this and other authors advanced their research from a more biological and neuroanatomical perspective, some of the etiological explanations of the disorder focused on the absence of a correct socio-emotional linkage with the parents, especially with the mother, blaming the parents in part for their child’s disorder), as well as introducing ADHD into the reference manual of American psychiatry and psychology, the Diagnostic and Statistical Manual of Mental Disorders or DSM. This last fact is probably what has caused Leon Eisenberg to be sometimes called the discoverer of ADHD.

The Article of Discord

Having said that, let’s focus again on the original subject of this article: the supposed confession of its non-existence. In the article that appeared in the newspaper Der Spiegel the words of the interviewee seem clear, but they appear out of context, and it is easy to distort the meaning they had in their initial context. In fact, part of the problem is based on an erroneous interpretation of the meaning of the words in their English-German translation. The interview in question also focused on examining the increase in diagnoses of mental disorders in recent times.

With a more contextualized review of the situation of the interview, it is possible to observe that the criticism of the so-called discoverer of ADHD was focused on the spectacular increase in the number of alleged new cases of the problem.

Thus, the well-known psychiatrist referred to the overdiagnosis of this disorder , treating on many occasions pharmacologically cases in which the disorder does not exist and in which, if there are symptoms, these may be due to psychosocial factors, such as the divorce of the parents, changes in location or lifestyles or other personal losses (in which case ADHD should not be discussed unless it is a problem unrelated to the life events in question).

Another critical point is the excessive tendency to prescribe medication, since although it can be a great help to those who suffer from it, it can be harmful if it is administered to individuals without this disorder. In addition, it is necessary to take into account the fact that we are normally dealing with minors, so special care must be taken when administering psychopharmaceuticals. Furthermore, in the same interview I indicated that even if there is evidence of a certain genetic predisposition to this disorder, it is overvalued, requiring more research on psychosocial causes.

A critique of overdiagnosis

In conclusion, it can be considered that the article that indicated that Dr. Eisenberg had denied the existence of ADHD is the product of a misinterpretation of his words , the psychiatrist not having indicated that the disorder does not exist but that it is diagnosed with excessive haste, making the diagnosis in cases that do not suffer from it.