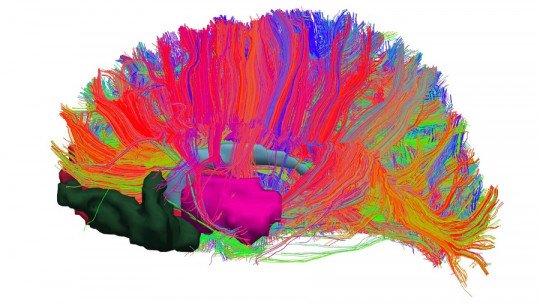 The functioning of the human brain may seem chaotic due to its complexity , but the truth is that everything that happens in it obeys a logic: the need for survival.

Of course, such an important issue has not been neglected by natural selection, and that is why our nervous system includes many mechanisms that allow us to stay alive: regulation of body temperature, integration of visual information, breathing control, etc. All these processes are automatic and we cannot intervene in them voluntarily.

But… what happens when that which brings us closer or closer to death has to do with actions learned through experience? In those cases, which are not foreseen by evolution, an element known as the brain’s reward system acts.

What is the reward system?

The reward system is a set of mechanisms performed by our brain that allows us to associate certain situations with a feeling of pleasure. In this way, based on these learnings we will tend to try to make the situations that have generated this experience happen again in the future .

In a way, the reward system is what allows us to locate targets in a very primary sense. Since human beings are exposed to a wide variety of situations for which biological evolution has not prepared us, these mechanisms reward certain actions over others, causing us to learn on the fly what is good for us and what is not.

Its function is to ensure that, whatever we do, and however varied our actions and behavioural choices may be, we always have as a reference a compass that consistently points to certain sources of motivation, rather than just anywhere.

Where does the reward circuit go?

Although everything that happens in our brain happens very quickly and receives feedback from many other regions of the nervous system, to better understand how the reward system works it is often simplified by describing it as a circuit with a clear beginning and end: the mesolimbic pathway, characterized among other things by the importance of a neurotransmitter called dopamine in it.

The principle of this information transmission chain is located in an area of the brain stem called the ventral tegmental area. This region is related to the basic survival mechanisms that are automated with the lower part of the brain, and from there they go up to the limbic system, a set of structures known to be responsible for the generation of emotions. Specifically, the nucleus accumbens, is associated with the appearance of the sensation of pleasure .

This mixture of pleasant emotions and sensation of pleasure passes to the frontal lobe, where the information is integrated in the form of more or less abstract motivations that lead to plan sequences of voluntary actions that allow to approach the objective.

Thus, the reward circuit starts in one of the most basic and automated places in the brain and moves up to the frontal lobe, which is one of the places most related to learning, flexible behavior and decision making.

The Dark Side: Addictions

The reward system allows us to remain connected to a sense of pragmatism that allows us to survive while we can choose from a variety of action options and do not have to stick to automatic, stereotypical behaviors determined by our genes (something that occurs, for example, in ants and insects in general).

However, this possibility of leaving us a margin of manoeuvre when it comes to choosing what we are going to do also has a risk called addiction . Actions that are initially voluntary and totally controlled, such as the choice to try heroin, may pass the only option left to us if we become addicted.

In these cases, our reward system will only be activated by consuming a dose, leaving us totally unable to feel satisfaction from anything else.

Of course, there are many types of addictions and the one that depends on heroin use is one of the most extreme. However, the underlying mechanism of all of them is fundamentally the same: the reward centre is “hacked” and becomes a tool that guides us to a single goal, making us lose control over what we do.

In the case of substance consumption, certain molecules can interfere directly with the reward circuit, causing it to undergo a transformation in a short time, but addictions can also appear without the use of drugs, simply from the excessive repetition of certain behaviors . In these cases, the substances that produce changes in the reward system are the neurotransmitters and hormones generated by our own body.

The Ambiguities of Addiction

The study of the reward system makes us wonder where the limit is between addiction and normal behavior . In practice it is clear that a person who sells all his belongings to sell drugs has a problem, but if we take into account that addictive behaviours can appear without taking anything and that they are produced by the functioning of a brain system that operates in all people constantly, it is not easy to establish the threshold of addiction.

This has led, for example, to talk about love as a kind of relatively benign addiction: the reward system is activated when we relate to certain people and stops responding so much when it is no longer present, at least for a while. Something similar happens with addiction to mobile phones and the Internet: perhaps if we don’t take it very seriously it is simply because it is socially accepted.