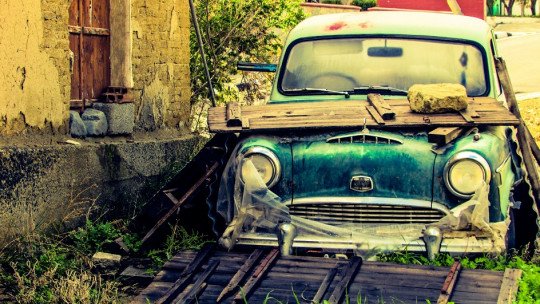 Let’s think for a moment about the image projected by a building with a broken window, which has been going on for months or even years. Probably, as we concentrate on it, we will imagine how the building in question is covered by a layer of dust, as well as the fact that it is unattended. We may even imagine it being completely abandoned.

The thought that many of us may have had is “nobody cares anymore”. And this thought can be dangerous: the behavior of many people toward the building in question will be modified by their perception of it. This is what the theory of broken windows proposes, which we will talk about throughout this article.

The theory of broken windows

The theory of windows is a well-known theory linked to criminology, which mainly proposes the existence of the emergence and spread of criminal behaviour from the perception of the relevance or lack of relevance of the stimulus or element with which we are dealing. Thus, how we perceive what surrounds us influences our behaviour towards it, and may even modify our consideration of what is moral, legal and legitimate with respect to what is being done.

The image suggested by the name of the theory is a clear analogy: the existence of a broken window implies a certain abandonment of the building or vehicle in question, something that diminishes the responsibility towards what happens to it. Likewise, the damage caused makes it easier to add other damage, little by little at first but with time in a more pronounced manner: this is what happens with abandoned buildings, to which teenagers and children usually throw paving stones to break the rest of the windows. The uncivil aspect is contagious in view of the fact that what has been attacked is of little importance and that nobody cares about it .

The opposite would also be true: good care of the elements that are part of a stimulus makes it difficult for it to be considered unappreciated and to trigger uncivic behaviour by mere contagion.

This apparently simple theory, developed at the criminological level by Wilson and Kelling in 1982 from the results of an experiment by Philip Zimbardo, has profound implications: it is the perception of what surrounds us that explains our behavior towards it . The idea that something has little value or is abandoned facilitates criminality, as well as the fact of observing that obvious uncivil behaviour has been carried out on which no action has been taken (for example, a wall with graffiti that has not been erased facilitates others to draw on it as well), something to be taken into account at an institutional level when preventing some behaviour and at the same time revitalising some areas of the cities.

And not only on a criminal level: also in many other ways this theory can push us to watch our behaviour about what and what we want (let’s not forget that the broken window, although in this case it can be a real stimulus, can also be used as a metaphor).

The broken window theory emerged from a social psychology experiment conducted by Philip Zimbardo in 1969. To do this, he would have two cars in perfect condition of identical color, make and model in two different locations: the Bronx (a New York neighborhood with very few resources known for high crime rates, especially at that time) and Palo Alto (a wealthy California area with little crime). Once there I would tear off their license plates and leave the doors open, with the purpose of observing what was happening.

Initially, the behavior observed in the two miscellaneous was different. The car parked in the Bronx was quickly stripped , leaving the car practically destroyed within a few days. In contrast, the car parked in Palo Alto remained untouched for a week.

However, the experiment continued: after that time Zimbardo decided to attack the vehicle and cause some damage, including the breakage of one of its windows, and later he withdrew to observe. From that moment on, seeing clear signs of abandonment of the vehicle, the residents of Palo Alto behaved in the same way as those in the Bronx: they looted and destroyed it.

The conclusions of the experiment supported the theory of broken windows: the perception that something is abandoned and that its fate does not matter to anyone can trigger behaviours that may even contravene the beliefs of those who carry them out, leading to the commission of crimes or to negligence or ignorance regarding what happens to that element.

Likewise, we cannot fail to see that what at first sight and at first sight might lead to think of the existence of poverty as an element eliciting criminal behaviour has proved to be false: the acts committed against the Palo Alto car were the same and in this case the purchasing power of those who committed them was high. Although today this is something that very few people miss, at that time there was still a high level of classism in the social perception that considered it unlikely that people with high socioeconomic positions would commit crimes.

A theory that can be extrapolated to other realities

The theory of broken windows has been associated with crime and delinquency in the form of burglaries, thefts and vandalism , but we can also observe a similar effect in small everyday things that we are not aware of. This is what happens, for example, in relationships, the neglect of which can lead to the appearance of conflicts and break-ups, the escalation of violence in a fight between two people if some control mechanism is not put in place, or the fact of lying, which can lead to the need to elaborate more and more complex lies and at the same time to the fact that others do not believe us.

It has also been observed how at the urban level the presence of specific points where there is abandonment and neglect are likely to generate around them an increase in neglected areas and even the commission of petty crimes. An example of this would be the neighbourhoods that gradually see their social prestige reduced, in some cases even to the point of being considered marginal.

But in addition to the above, it can also be associated with much more serious criminal acts (although in these cases a certain component of lack of empathy, values and responsibility is also required).

For example, today we see how homeless people tend to be systematically ignored by most people, and even in some cases attacked and harassed. Although the latter is not common, it can be associated with the theory of broken windows: it is someone who is socially unseen and unaccounted for, someone abandoned by society, which diminishes the level of empathy and concern towards this kind of subject. The same happens with alcoholics and drug addicts.

This is also something that has happened with abandoned and stray animals (although today this is not common as society is more aware of animal suffering). Stonings, attacks and persecutions that have even ended the life of the poor animal have been frequent throughout history, especially if the animal suffered some deformity or disability.