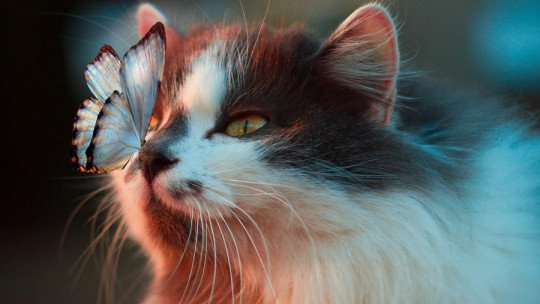 There is a well-known Chinese saying that “the slight fluttering of a butterfly’s wings can be felt on the other side of the planet”.

This means that even the smallest things have a considerable effect, and with the passage of time it has been included in many fields, from serving as the main basis of various literary works to being a relevant part of one of the most controversial and popular scientific theories or paradigms, the chaos theory.

The symbolism contained in this short saying can be widely applied to different realities, in what is known as the butterfly effect . It is about this effect that we are going to talk throughout this article.

Butterfly effect: what is it and what does it tell us?

The butterfly effect is a well-known effect according to which the existence of a certain action or situation can provoke a series of situations or successive actions that end up provoking a considerable effect that does not seem to correspond to the situation or element that started it .

This concept is based on the experiences of meteorologist Edward Lorenz, who generated the term in 1973 in order to explain the impossibility of making totally reliable long-term weather forecasts due to the accumulation of variables that can modify atmospheric behaviour.

What explains the butterfly effect is that apparently simple and innocuous alterations of a variable or action can generate massive effects , being the first trigger of a process that when propagating itself acquires more and more force. That is why it is said, in a variation of the popular saying, that the flapping of a butterfly in Hong Kong can cause a hurricane in New York: the slightest alteration in the same process can give rise to very different and even totally unexpected results.

The butterfly effect is a metaphor or analogy that is used as one of the pillars of the so-called chaos theory, also proposed by Lorenz, according to which there are systems in the universe that are highly sensitive to the presence of variations, which can generate very diverse (although limited) results in a chaotic and unpredictable way.

The main model of chaos theory proposes that in the face of two identical worlds or situations in which there is only an almost insignificant variable that differentiates them from each other, with the passage of time this small difference can cause both worlds to differentiate themselves more and more until it becomes practically impossible to determine that they were once the same.

Thus, many disciplines cannot generate a stable model to make accurate predictions in the long term in such a way that they are totally reliable, as small variables can vary the results to a great extent. Even the flapping of a butterfly. In this way, we must face the fact that we will always find a certain degree of uncertainty and chaos, and it is highly improbable that there will be a totally 100% sure prediction of what will happen: the facts may even escape the possibility of prediction.

Although its high symbolic load may seem to be a product of mysticism, the truth is that we are before a branch or paradigm of science based initially on physics and mathematics (in fact Lorenz himself was a meteorologist and mathematician) and that allows us to explain why predictions that seemed very accurate and worked out can often fail. Likewise, also helps to avoid a total determinism and to value which are the variables involved in each phenomenon, in such a way that knowledge should not be watertight but adaptable and fluid.

Its implications for the human psyche

Although the so-called butterfly effect has been mainly linked to fields such as meteorology , the mechanism or operation it proposes also has applicability within the discipline of psychology. The fact that a simple flutter can cause a hurricane can serve as an analogy to what happens in human behavior and psyche.

In this sense, the butterfly effect would apply to each and every one of the decisions we make, since no matter how insignificant a choice may seem, it can lead to a course of action and have results that are diametrically different from those that would imply having made another one.

It is possible to see this for example within psychopathology : as much as a depressed person may not initially notice a great improvement by starting to take care of his daily hygiene after having been neglected for months or trying a day of eating with his family instead of eating alone in his room, this fact may end up generating a series of small changes that make it easier for him to finally get out of the depression that kept him isolated from the world. From there to doing it more often, deciding to try other things, leaving the house for the first time, going back to work, enjoying yourself again and being more active…

The butterfly effect also influences psychology at the moment when we realize that each of our actions does not simply end , but can have effects both on ourselves and on the environment. An affectionate or unkind comment, a hug, a criticism, a whisper, a praise, a bad answer… or things apparently as meaningless as saying hello to someone or even just looking at them, has the potential to change things both for us and for others.

That is why our actions must take this fact into account, so that it may be necessary to assess what effects our actions or lack thereof may have on ourselves or on others.

This theory also implies that we cannot fully know the results of our actions , and that the results obtained from them may be different depending on the participation of different variables during the process. This is something that, on the one hand, can provoke curiosity and motivation to explore, although for other people it can be a reason for anguish and suffering (something that can even be at the base of many disorders).

Finally, the butterfly effect also helps to explain why there are such disparate reactions to the same situation or stimulation: the conditions from which each of us starts are different both on a biological level (genetic inheritance) and on a psychosocial level (learning, experiences, lifestyles and coping…).