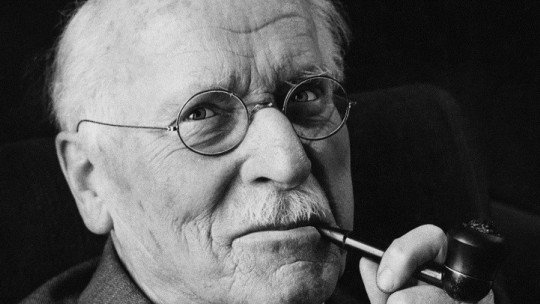 Life is a continuous flow of decisions , some with minor implications, such as the clothes to wear every day or the dish on a menu; and others that can modify the meaning of our existence , such as the choice of a career, a partner, a country of residence, having or not having a child. Sometimes even the smallest decisions can be a source of anxiety for many people.

When making a decision we may be concerned about the ethical implications involved, or what people may think of us if we take a certain action, the satisfactions or responsibilities that surround it. Many times also, what can even torment us, is to think that the option we do not take turns out to be better than the one we have chosen, or that the fact of deciding prevents us from opting for something better that may come up later (a couple, a job, a house). In this last case, the saying of &quot;better bird in hand than a hundred flying&quot is reverted; and one prefers the hundred birds flying to deciding on something, often because of fear of assuming the commitments that such a decision implies.

Besides being a continuous flow of decisions, our life is conditioned by multiple circumstances . Some of these circumstances precede us, such as the genetics that our parents bring to us, their expectations of us, the socioeconomic and socialization context in which we develop. We are also presented with circumstances throughout our lives, many of which do not give us the possibility of choice, but rather are presented to us (illnesses, employment opportunities, encounters, accidents). So we live together between what we choose and what is presented to us.

In various cultures and moments of human history, it has been considered that in moments of indecision, especially in the most significant ones, a kind of &quot;force&quot operates; that induces us to act in one or another sense. To this force is attributed also the responsibility to propose and induce the circumstances that allow to express the &quot;deeper&quot; of the people. On many occasions the circumstances that this force proposes or imposes are not of taste, nor do they form part of the expectations of the ego, understanding the latter as the most superficial aspect, the most childish part of each one.

We can consider such &quot;force&quot; as an archetypal element, in the sense that it has had diverse manifestations in different times and places in the imagery of humanity.

The daemon and destiny

The Greeks called it Daimon , the Romans recognized it as ¨el genio&quot; in particular, in Egyptian mythology it can correspond to Ba . In shamanic cultures it was called &quot;free soul&quot;, the personal animal, the nahual . It was considered an element of connection between the gods and mortals, with both beneficial and destructive attributes. In a celestial hierarchy, they could be catalogued as demigods. In Christianity, according to the light or dark connotation attributed to them, they could correspond to angels or demons. Such images may be related to what we currently refer to when we express the need to listen to our heart, feeling, intuition, soul, and from a more rational perspective conscience.

The existence of a &quot;force&quot; that leads us through certain paths, is found in relation to the notion of destiny; concept that also has had and has multiple perspectives.

It is popular the phrase of the pre-Socratic philosopher Heraclitus , for whom the destiny of man is his character. This sentence can be interpreted as saying that what we are used to doing, that is, our way of being, our habitual behaviors, are what forge the circumstances we encounter in our lives.

In a somewhat similar way, for Sigmund Freud, the apparent fatal fate is unconsciously self-induced by the individual . He gives as an example those people whose friendships always end in betrayal, philanthropists to whom their proteges return anger instead of gratitude, relationships that go through the same phases and end the same way. From this perspective, people repeat over and over again in an “eternal return” lived experiences that have not been sufficiently elaborated, and that have been repressed for not being compatible with the conscious values. One of the premises of psychoanalysis is the “psychic determinism” of our actions and thoughts due to unconscious contents.

Along similar lines, Carl Gustav Jung considered that what was not done consciously in the psychic realm was lived outside as destiny. However, for Jung, the “compulsion to repetition” to live certain types of circumstances are an attempt by the psyche to lead us towards the realization of our “deepest being”, towards the singular expression of our soul, of our potentialities. It is in this last sense that James Hillman, the greatest representative of archetypal psychology, which continues the Jungian approaches, takes up again the myth of the acorn of the soul.

The myth of the acorn of the soul

This myth alludes to the fact that in the same way that the acorn contains the oak tree pattern, each individual already has his own potential for unique possibilities.

Hillman highlights the presence in different current and past religions, mythologies and thought systems, of the image of an “energy” of the unique soul of each individual, which seeks to unfold throughout life and which manifests itself as a “call”, a vocation, a “destiny”. This unique energy is a third factor that joins nature and education in understanding the growth of individuals. Hillman argues that to be able to respond to this call it is necessary to “grow downwards” like the trees do with their roots, and thus be able to meet again the ” true self “, the deep needs of the soul.

For Hillman, the motivation for self-realization does not come from the outside but from the inner “Daimon” of each individual. The daimon manifests itself in the circumstances of life, in the opportunities that present themselves, in the doors that close, in the backsliding and tripping, in the triumphs and defeats; in our fears, our phobias, our obsessions, our illusions, in the synchronicities. In everything that leads us to express our most genuine aspect, that for which we have been “called”, and that many times does not go in the same direction as the expectations of our ego, which seeks security and recognition .

One of the privileged means that our Daimon has to express himself are dreams, and that is why they are a fundamental part of the Jungian psychotherapy . In certain moments of life, dreams are common in which we lose or damage our mobile phone, or try to dial and the numbers fade away. These images may be indicative of the difficulties our soul is having in attending to or fulfilling the particular “call” for the realization of our “deeper self,” our vocation.

The vocation , this singular aspect that seeks to unfold our soul, is manifested in our talents, in the most pressing needs, in that which cries out to be expressed and which we have perhaps set aside by mockery or by not accommodating ourselves to our conscious plans. A vocation may or may not coincide with a profession. Hillman points out that for example there are people who are born for “friendship” or for aspects that are not sufficiently valued because they are not productive in our society.

The conception of destiny, depending on how it is approached, can be a toxic, paralyzing, action-inhibiting idea, but from the Hillmanian perspective it is a creative and stimulating idea . Thus, for Hillman, “capturing the daimon’s furtive winks” is an act of thought and reflection, of seeing beyond appearances, of delving into the depths of events, it requires careful reasoning. For his part, he considers fatalism to be a state of abandonment of reflection, which explains life as a whole from a broad generality. Fatalism, Hillman points out, does not raise questions, and is comforting because it argues for the need to examine how events are articulated.

Jungian Psychotherapy and the Daimon

Jungian psychotherapy promotes dialogue with our own “daimon” as a symbol of a factor that operates in us and leads us to be what we have always been, to display our best version. We can only feel truly satisfied when we listen to our daimon, who takes care of us, sometimes slaps us, destroys our plans, facilitates meetings, and presents us with opportunities.

The myth of the acorn is taken up again in Jungian psychotherapy, also in the sense that just as the acorn possesses a wisdom that allows it to build the tissues, leaves and fruits of the oak tree; the individual possesses a “wisdom” to develop his own uniqueness and potential. Jungian psychotherapy does not aim to change a person or adapt him or her to the socially accepted , just as one cannot ask an apple tree to give pears. The aim is therefore to provide the best conditions for each person to unfold their unique fruits. One cannot intervene in a seed so that it becomes what it is not, but rather promote its own potential.

Jungian psychology, in referring to gods, daimons, souls, deep beings, etc., is not presupposing the existence of metaphysical entities, nor is it reflecting on their nature, which is the domain of theology or other areas of knowledge. In the context of analytical psychology, these terms should be conceived as concepts related to images or psychic factors, which can be observed in clinical practice, as well as in symbolic manifestations present in mythologies and artistic expressions from different places and times. Analytical psychology makes use of phenomenological observation and reflection for the understanding of psychological phenomena, as well as for the application of such knowledge, as a therapeutic method aimed at the well-being and mental health of people .