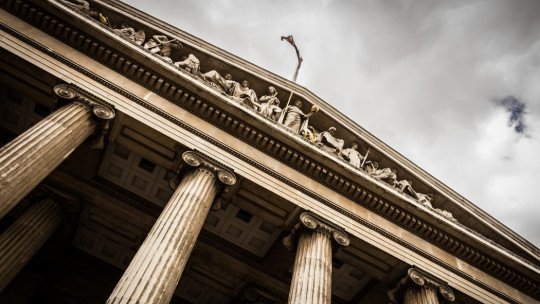 What is a law? And a theory? What do the theorems consist of? These concepts are handled daily in academic environments, colleges and universities, but sometimes we are not clear about what the differences are and what each one of them means. Are the theories and laws irrefutable? On what does a theorem base itself to be considered as such?

In this article we explain what is the meaning of concepts such as law, theory and theorem, and what are their main differences.

What is a theorem?

A theorem is constituted from a proposition or a statement whose validity or “truth” can be proved within a logical framework and from the inclusion of axioms or other theorems that have been previously validated or proved.

Axioms or axiomatic sets are propositions or statements so evident that they are considered not to need any demonstration to be considered valid. For example, when we want to play a game of chess, the rules of this game constitute an axiomatic system, since both participants assume its validity without it being questioned at any time.

In order to consider a theorem as valid, it must be demonstrated by means of a procedure and some inference rules, which are used to deduce from one or several premises (statements or ideas that serve as a basis for reasoning and subsequent deduction), a valid conclusion. However, until a statement is proven, it is defined as the name of hypothesis or conjecture.

In mathematics, for example, a theorem is proved to be true by applying logical operations and arguments . One of the best known, the Pythagorean theorem, states that in any right triangle (that which has a 90º angle) its hypotenuse (the longest side) can be calculated in relation to the value of its legs (the sides that form the 90º angle).

A theory is a system of knowledge structured in a logical way, established from a set of axioms, empirical data and postulates , whose objective is to consign under which conditions certain assumptions are generated; that is, to try to describe, explain and understand a part of the objective reality or of a particular scientific field.

Theories can be developed from different starting points: with conjectures, which are assumptions or ideas that do not have empirical support, that is, they are not supported by observation; and hypotheses, which are supported by different observations and empirical data. However, a theory cannot be inferred only from one or several axioms within a logical system, as is the case with theorems.

The function of a theory is to explain reality (or at least part of it), to answer basic questions (such as what, how, when or where the phenomenon to be understood and explained occurs) and to arrange this reality into a series of understandable and accessible concepts and ideas.

The set of rules that constitute a theory must be able to describe and predict the behavior of a particular system . For example, Charles Darwin’s theory of evolution explains how living beings have a specific origin and slowly change and evolve, and how these changes cause different species to emerge from the same ancestor, in what he came to call natural selection.

In science, theories are constructed using the hypothetical-deductive system or method, which consists of the following steps:

By law we mean a rule, a norm or a set of norms, which describe the relationships that exist between the components that intervene in a phenomenon or a particular system. Although in popular culture it is common to think that laws are a kind of universal and absolute truths (over and above theories), this is not exactly the case.

Laws, in the field of science, must be invariable rules (which cannot be modified), universal (which must be valid for all the elements of the phenomenon they describe) and necessary (which must be sufficient in themselves to describe the phenomenon in question). However, a law is considered as a particular rule, present in all theories (hence its universality), not as a higher ranking assumption.

However, laws maintain their provisional status and can be refuted , since in science there is nothing absolute or written in stone, and any statement, whether a theory or a law, can be dismantled with the necessary evidence and relevant demonstration.

Differences between theorem, theory and law

The differences between the concepts of theorem, theory and law may be somewhat blurred, but let’s look at some of them.

As regards the difference between a theorem and a theory, the following should be noted: while a theory can be defined on the basis of a pattern of natural events or phenomena that cannot be demonstrated using an axiom or a set of basic statements, a theorem is a proposition of an event or phenomenon that is determined from a group of axioms, within a logical framework or criterion.

Another subtle difference between theory and law is that, although both are based on hypotheses and empirical data, the theory is established to explain an observed phenomenon, while the laws attempt to describe it . For example, Kepler described in a mathematical way the movement of the planets in their orbits around the sun, formulating the already known Kepler’s Laws; however, these do not provide an explanation of the planetary movements.

Finally, it is worth noting a basic difference between the concepts of theorem and law, and that is that a theorem is composed of demonstrable propositions (by means of axioms, in a logical system); and, on the other hand, a law is constituted by a series of established rules, constant and invariable, based on observations and empirical data that can be validated or refuted.