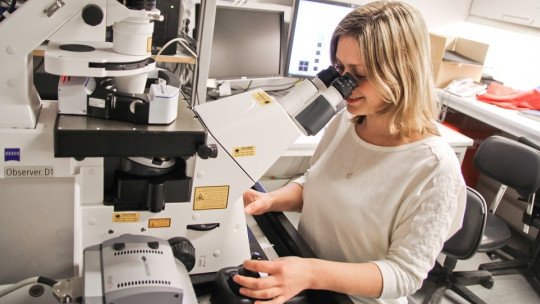 In the last few centuries, science has advanced at a fast pace. Various studies are being carried out on different subjects at the same time and in different parts of the world, and articles and results of experiments, sometimes contradictory to each other, are coming to light every few years. But not everything that comes to light has the same level of evidence.

Some of the results and experiments come from single case investigations, others although they have carried out exhaustive research only value their own results, others start from mere observation… That is why we must take into account the existence of different levels of scientific evidence . These are precisely the issues we are going to talk about in this article.

What is the level of scientific evidence and why is it so important?

The level of scientific evidence is understood to be the degree of scientific rigour that a given study has or possesses , with its results being more or less reliable and contrasted and having more or less systematically analysed its implications. Among the elements that allow us to determine this, we can find how the data have been obtained, if there is a risk of subjectivity or misinterpretation, if the data have been systematically reviewed through statistical measures of reliability, validity or effect size, or if different studies have been contrasted to reach final conclusions.

This is something that allows us to act based on the evidence available so far, something that is very relevant when it comes to making decisions. A typical example of this reason is that of medicine or psychology: when you have to decide what treatment is best for a patient with specific characteristics, choosing on the basis of some studies or others is important, taking into account that the data may be contradictory. Not making the right choice may not produce the improvement you are looking for or may not exploit the possibilities of improvement to the maximum and in the most efficient way, or even generate a detriment. In this way, knowing the level of evidence can serve to establish degrees of recommendation for different therapies and treatments .

For example, one study may say that bleeding (understood as the removal of blood that was used in the Middle Ages as a cure for many diseases) is good for treating Black Death, when in fact it would be causing the patient’s defenses to be lowered. But if it is contrasted with the use of antibiotics, the professional may decide more on the latter option as it is more effective.

Two concepts to keep in mind

In order to correctly understand the relevance of each level of scientific evidence, it is necessary to know in advance some terms referring to the type of studies that are being hierarchized. Among them, the following two stand out:

A meta-analysis is a document in which a review is made of the research carried out on a specific subject, checking and contrasting the data reflected by the different trials and carrying out the statistical analysis of the effect size . It could be understood as a systematic review carried out with quantitative procedures, in such a way that the data obtained from it are intended to be objective, systematized, precise and replicable. Technically, this is the type of document that usually has the highest level of scientific evidence, if it is well done.

Different studies and organizations (especially linked to the world of health) have tried to create a hierarchy that organizes the different research based on the level of scientific evidence. In fact, there are many different hierarchies , but broadly speaking they are all very similar and refer to practically the same points.

Below we present one of the best known and most widely used scales for assessing levels of scientific evidence , that of the National Institute for Health and Clinical Evidence or NICE. With regard to the study related to the effectiveness of a therapy, NICE uses the criteria and categories already proposed by the Scottish Intercollegiate Guidelines Network or SIGN. Specifically, the following levels of evidence are proposed

This level brings together meta-analyses, systematic reviews or clinical trials that have similar characteristics to the previous one but are the least systematized control carried out and there is somewhat more risk of error.

We are talking about meta-analyses, systematic reviews or clinical trials with a high risk of bias .

This level refers to very high quality systematic reviews, with cohort and/or case-control studies , which have a very low risk of bias and a high probability of establishing causal relationships.

Systematic reviews and well-conducted cohort or case-control studies with low risk of bias and with moderate probability of achieving causal relationships . At least one clinical trial or non-randomized controlled prospective study exists.

This level generally brings together studies with high risk of bias and with a high probability that the data and variables being analysed do not have a causal relationship.

This level refers to those studies that do not carry out an analysis. They are generally based on observation . Case reports would be a good example of this, as well as correlational or case-control studies.

These studies have not carried out an analysis per se, but are limited to collecting the opinion of experts in the field without carrying out experiments or collecting empirical data.

In addition to the previous one, another of the most used classifications is the one made by Oxford, being this one a modification based on another one generated by Sackett. This classification is especially useful because it integrates levels of scientific evidence in different aspects, both in treatment and in diagnosis, prognosis, epidemiology and even economic studies. The levels of evidence are, however, practically identical to the previous one.

At this level of evidence we found systematic reviews with homogeneity, with controlled and randomized studies, testable and contrastable in different populations.

Controlled cohort studies with a high level of follow-up , which validate quality with reference standards in aspects such as diagnosis.

These are studies that reflect the efficiency and effectiveness of clinical practice, taking into account different variables and possessing high specificity . However, it has not been proven through cohort studies.

At this level we mainly observe systematic reviews with homogeneity and generally including controlled or cohort trials.

Studies included at this level are usually cohort studies, with incomplete follow-up and no quality controlled trials . Also retrospective studies and studies that limit themselves to reviewing the available evidence.

In general this level refers to ecological studies and research on health outcomes of different elements.

This level includes systematic case and control reviews with homogeneity (i.e. the literature chosen maintains similar levels of effectiveness and there are no major discrepancies between the effects and the characteristics of the studies used).

This level groups together individual case-control studies, where an objective analysis based on a reference standard is carried out, but which is not carried out on all study subjects . Also included are those carried out without such a standard.

This level of evidence is one of the lowest since no powerful analysis is performed. These are generally low quality case studies, cohort studies and case-control studies.

The lowest level of scientific evidence is based solely on expert opinion without any evaluation or concrete work , being rather based on theory.