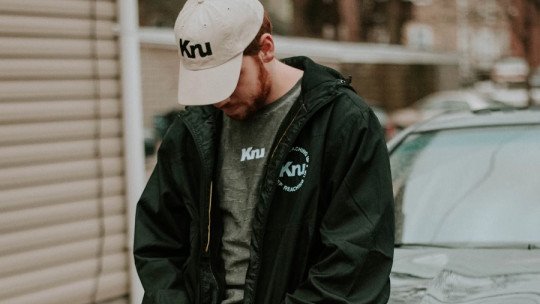 Grieving for a given loss becomes a very complex event for the individual, both from an emotional, cognitive and behavioral point of view.

It seems obvious to differentiate between the difficulty of this process and the external circumstances that surround the loss, such as the particularities in which it has taken place (if it has been abrupt or gradual), the type of link between the object of mourning and the survivor or the skills that the individual has to manage this type of situation, etc.

In this article we will focus on the Dual Process Model of Dueling and its implications.

The first approaches: the stages in the elaboration of grief

More traditionally, a certain consensus has been established among various authors who are experts in the area on a set of stages through which people must pass throughout the psychological elaboration of the grieving process. Even so, it is also accepted as considerably validated the idea that not all individuals follow the same pattern in the experience of these phases .

For example, Elisabeth Kübler-Ross’ (1969) recognized model assumes the following five stages: denial, anger, bargaining, depression and acceptance; while Robert A. Neimeyer (2000) refers to the “grieving cycle” as a highly variable and particular process where permanent life adjustments occur during avoidance (absence of awareness of the loss), assimilation (assumption of the loss with a predominance of feelings of sadness and loneliness and isolation from the social environment) and accommodation (adaptation to the new situation in the absence of the grieving object).

Despite such discrepancies in the number of stages or the conceptual label given to them, it seems to be a nuclear phenomenon to understand grief as a period of transition from non-acceptance to assimilation , where feelings of sadness, longing, anger, apathy, loneliness, guilt, etc. are combined with a progressive return to obligations, responsibilities and personal life projects.

At first, the first set of emotional reactions has a greater weight , but little by little the second element related to behavioural activation is becoming more relevant, until it is balanced with respect to those. This allows the person to evaluate this loss from a more global perspective, since the fact of resuming the routine enables the person to connect more realistically with the world around him and to move his focus away from the object of the loss to the vital re-adaptation of the different personal areas.

The model of the dual process of grief

This idea is defended by Margaret Stroebe in her Model of “Dual Grief Process” (1999), where the researcher explains that the assumption of grief involves the person moving continuously between the terrains of a “loss-oriented functioning” and a “reconstructive-oriented functioning”.

In this first process the person focuses his emotional charge on experiencing, exploring and expressing in different ways (verbally or behaviorally) in order to understand the meaning that the loss brings to his own life.

Thus, the survivor is in a period of introspection , which could be understood metaphorically as a process of “behavioural energy saving” in order to consolidate this primary objective. The most characteristic manifestations in this first cycle are: being in contact with the loss, concentrating on one’s own pain, crying, talking about it, maintaining a passive behavior, presenting feelings of dejection, isolation, having the need to discharge oneself emotionally, promoting remembrance or finally, denying the possibility of recovery.

At this stage, small episodes of “reconstruction-oriented functioning” appear in the individual, increasing in frequency and duration over time. Thus, it is observed in the person how he invests his effort and concentration in the adjustments he has to make in the different vital areas : family, work, social. This has the purpose of being able to channel outwards the affectation experienced in the most acute stage of grief.

This functioning is based on actions such as: disconnecting from the loss, tending to deny the situation, being distracted, minimizing the affectation, rationalizing the experience, avoiding crying or talking about the loss, focusing on redirecting the vital areas, adopting a more active attitude or focusing on fostering interpersonal relationships.

Denial of loss as a central element of the model

As can be seen in the previous paragraph, this model proposes that the denial of loss takes place during the entire process of grieving, being present in both types of operation, and not being exclusively in the initial phases, as other more traditional theoretical models proposed.

This denial, is understood as an adaptive response that allows the individual not to constantly focus on the reality of the loss, but to become accustomed to it more gradually. This gradation avoids the experience of a pain that is too intense (and ungraspable), which would imply an initial and abrupt confrontation with the assumption of the loss.

Among many others, some experts such as Shear et al. (2005) have designed a psychological intervention program according to Stroebe’s postulates. These studies have focused on working with patients on the indicated component of anxious denial (or loss-oriented functioning) and depressive denial (or reconstruction-oriented functioning) of loss. The core elements of this type of therapy have included components of gradual, personalized behavioral exposure and cognitive restructuring .

Shear and his team obtained very promising results in terms of the effectiveness of the interventions carried out, while having a sufficient level of scientific rigour in designing and controlling the different experimental situations. In short, it seems that cognitive-behavioral approaches provide an adequate level of efficacy in this type of patient.

The model presented in this text aims to offer a process-centred conceptualisation of grief and seeks to move away from a more “phased” perspective as advocated by previous proposals. The low level of uniformity in the experience of personal grief does seem to be contrasted, assuming the particularity with which this phenomenon operates in each individual.

This is explained by the differences in coping skills and psychological or emotional resources available to each individual. Thus, although the general effectiveness of psychological interventions linked to this objective has been growing in the last decades, they still have a limited and improvable index of effectiveness, which should be linked to the continuation of research in this area of knowledge.