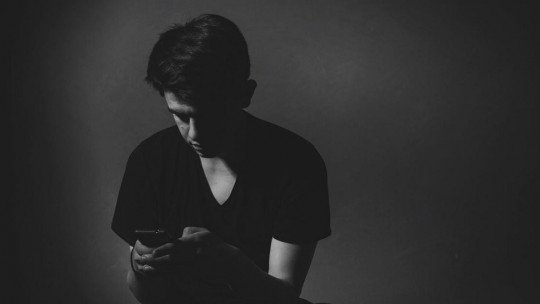 Human beings have a predisposition to feel alone from time to time, no matter what our life is like, whether we are introverted or extraverted. This is because we are social animals, and it is very easy that at some point we suffer discomfort because we cannot connect with someone as much as we would like. This is normal.

However, the feeling of loneliness can be accentuated by social phenomena, and this is precisely what has been happening in recent decades. In fact, since the 1980s the number of Americans who claim to have no close friends has tripled, and the most common answer to the question “how many true friendships do you have” is “zero” .

This trend has also been found in many other countries in a West that, despite having popularized the use of social networks, seems to pose serious problems for its inhabitants when it comes to finding faithful friendships. This is a real epidemic of loneliness .

The scarcity of friendships and their psychological effects

The downside of paying so much attention to the number of friends added to Facebook is that it is very easy to overlook the quality of these relationships . In that sense, it is not surprising that despite the fact that last year the average number of friends each user has on their Facebook profile was around 330, most Americans claim to have at most one confidant.

Why has this epidemic of loneliness appeared? It should be noted that the criticism often made of smartphones and social networks as being to blame for this is not very well founded. They may contribute to make up for this problem of lack of contact between people , but they are not at the root of it. In fact, what happened may have to do with the development of a way of thinking, and not so much with a habit of technological consumption.

This way of thinking that isolates us more from the rest and makes the warm waters of solitude more frequent is individualism and, fundamentally, the idea that we must stand out from the rest. The reason for this is that it makes us enter into a logic according to which personal relationships are an instrument .

The epidemic of loneliness and individualism

Imagine that you are a person whose main goal is to gain power in order to stand out from the crowd .

Advertisements sell you beauty ideals that you can use to distinguish yourself from the rest. Leisure services constantly tempt you with the concept of exclusivity, which basically means that few people can access it, as if that talks about the value of their product (and by extension your value as a consumer of it). Business training plans talk about the importance of teamwork, but ultimately what they sell is the need to be your own boss and to improve yourself by overcoming obstacles (whatever they may be) in order to build a good future. And the dominant discourse on the Internet oriented to young people, of course, is that the important thing is to be visible, to be someone relevant.

Now ask yourself if with that mental framework you wouldn’t mix a good part of your personal and informal relationships with that project of accumulation of power. A project that, on the other hand, does not aim to create good living conditions, but to have the ability to control one’s own life to avoid being harmed from the outside. In individualism, even the objective we set ourselves is part of the individualistic mentality.

All these aspects of individualism lead us to the same conclusion: life can be an exciting place in the future, but in the present what you have to experience is a prudential solitude . No one is looking out for anyone and there are no bonds of solidarity because everyone tries to squeeze their life out of the resources they have access to. Faced with this constant emergency situation, building genuine friendships is something that makes no sense.

What can we do to better connect with others?

Of course, not everyone is extremely individualistic, but that does not mean that we do not get infected with this philosophy when it comes to developing life habits. The simple fact of living in a world where this way of thinking is advertised makes us imitate its precepts, even if we only believe them to a certain extent. Simply put, everyone does.

Interestingly, this simple fact already gives us a clue about what we can do to fight the epidemic of loneliness: lift that veil of appearances and reject the imposition of individualism in a collective and solidary way. How to do it? Although it may sound unglamorous, a good option is to show our own vulnerabilities to others .

Proving that we truly believe in a philosophy of life based on the bonds of friendship and solidarity, authentic shatters the idea that “life is a jungle”. It may cost at first (all small personal and collective revolutions do), but the fruits of this can be very sweet as we see how, little by little, others begin to look beyond the illusion of mistrust.