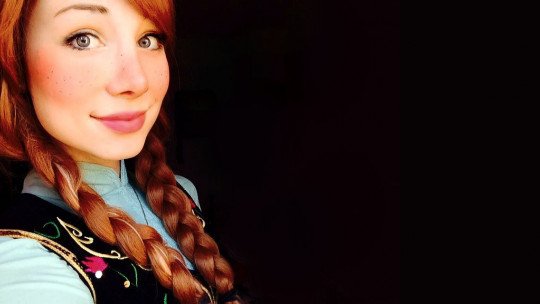 They have been carried out
hundreds of studies on attraction and falling in love . And to this day, not everything has been said yet about the great mystery of the relationship of our brain and our behaviour with the romantic. What is certain is that both falling in love and attraction to another individual are complex phenomena to study, in which individual but also cultural factors intervene.

In today’s article
we echo a research that claims to have found the key to the attractiveness of men and women (at least, in the West). So don’t miss it!

You may be interested in: ”
The chemistry of love: a very powerful drug.

What science says so far

Having said that, and before moving on to the subject of this article, perhaps you might be interested in another article that we published just a few months ago, in which you can find a compilation of the results of the different investigations that talk about falling in love and attraction.

Because in recent decades studies in this field have been many and varied, and although there has not always been a consensus on the subject, they allow us to draw some curious conclusions about this phenomenon and
help us to understand what goes on inside the mind of the lover .

These conclusions from different works carried out by psychologists, sociologists and doctors can be found in our article.
“Love and falling in love: 7 surprising investigations”.

The trait that men and women find most attractive

But what is the trait or characteristic that men or women think is most attractive in the opposite sex? That’s what Jessica Tracy, a professor at the University of British Columbia (USA) and director of research at the same university that was published in
American Psychological Association Journal .

The study subjects were presented with different photographs of the opposite sex. The participants were then asked how they reacted to the attraction they felt for the expressions they saw. The results can be considered surprising in terms of women’s tastes:
“Men who are considered more attractive are those who show a more serious trait and smile less” , says Tracy.

Men’s reaction is the opposite of women’s

However, the men’s reaction was the opposite of that of the women.
“For men, women who smile are very attractive. This was the characteristic most appreciated by men” said Tracy.

Researchers admit they don’t know exactly why this difference. However, there are also several studies that claim
women like bad guys or tough guys, where the smile is not exactly their most characteristic feature. But Tracy warns: “When people want a long-term relationship they look for other things than just physical attractiveness, for example, whether they are a good person or responsible. So this research doesn’t say you’re a bad man.

Another study confirms that grumpy men are smarter

The results of this research are surprising. But
grumpy men, besides being more attractive to women, are more intelligent . This is the conclusion of a study conducted by Joseph Forgas and published in Australasian Science . This expert in emotions devised different experiments in which the subjects’ state of mind was manipulated by means of films and positive or negative memories.

The scientist found that being in a bad mood helps us think more clearly. Unlike people with excessive optimism,
people who are characterized by their usual bad mood make better decisions. Besides, they are more incredulous people: it is not easy to fool them .

In addition, according to Forgas, people with a lower mood have a greater ability to argue their opinions in writing. People process reasoning and common sense better and have a better communication style. Finally, this study seems to indicate that bad weather also affects us, as wet and sad days improve memory, while sunny days encourage forgetfulness.

You can read more about this research in our article:
“People with a difficult temperament tend to be smarter, according to study”