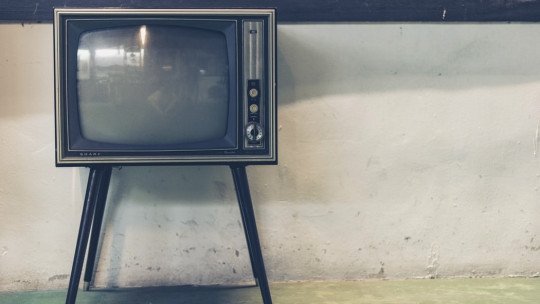 The capacity of influence of television, both through soap operas, entertainment, commercials, news programmes…, is widely recognised and has important and persistent repercussions, both at a cognitive and civic level and at a political level.

How does television influence us?

Based on the article “The Political Legacy of Entertainment TV By Ruben Durante, Paolo Pinotti, and Andrea Tesei”, published in the American Economic Review (American Economic Review 2019, 109(7):2497-2530), which measures the influence of access to and viewing of Mediaset content and how it affected people’s critical capacity, especially decision-making and voting intentions towards Berlusconi (the reference for populisms).

This channel stands out for having so-called “junk” content with very little educational content , focused on more banal aspects and unsophisticated entertainment than on cultural content, and all of them in general with a tendency towards simplistic content.

What we see in this study, for example, is that analysing the differences between the time when people had access to such a chain, and therefore the time they have been exposed, is directly proportional to the intention to vote for Berlusconi (Populism) in the different elections held.

If a person was exposed to the contents of this television when they were minors, when they reach adulthood, they will be cognitively less sophisticated and will have less commitment at a socio-political level than children who were not exposed to this channel, which may end up leading to a vulnerability towards populist rhetoric, which, in this case, was the one used by Berlusconi.

This is confirmed by the fact that the people who saw this “Telebasura” as children, had a worse performance in numerical calculation and literacy than the people not exposed (data measured through psychometric tests). In the area of lower civic engagement, in addition to the ITANES questionnaire, interest in political issues and participation in voluntary associations was used.

Children and elderly, the most vulnerable groups

There are two groups that are especially important and where the effects are greater , both in people who were exposed to Mediaset (both being less than 10 years old and those who were older than 55). These two groups are precisely the age groups that consume the most television and therefore the ones that are showing the greatest effects.

A group of special relevance, because of the worrying influence, is the group that was over 55 years old when it started watching that channel. In this case, the difference is 10 points compared to the same age group but who did not watch this content. A possible explanation can be given by knowing the evolution of the contents broadcasted by the channel. At the beginning the programming tended to be light and simple entertainment content, little by little these people became regular viewers of the channel. Up to this point, the main risk suffered was the tendency of viewers not to develop cognitively and civically.

In 1991, the channel introduced news programmes, but these were biased in Berlusconi’s favour so that not only was there a vulnerability to populist rhetoric due to less cognitive sophistication and civic involvement, but they were also the ones who provided it in their news programmes.

Regarding the voting tendency towards populisms of people mainly exposed to Mediaset and who were “educated” with it, the study shows that the difference is up to eight percentage points above the people who were not “educated” with Mediaset.

The influence of Mediaset as soon as the populations stopped voting for Berlusconi in 2013, there was a boom in the 5 Star Movement , a more radical populism. It follows that the vast majority of people who until then had voted for Berlusconi had now switched to supporting the 5 Star Movement. With this fact, we can reflect that what really achieved the intention to vote was more populist rhetoric, which in both cases is shared, than politics or ideologies, highlighting furthermore that both formations were especially popular among the less educated and socially committed population.

The results of this study are that the minors who were exposed to this type of television entertainment as adults are less cognitively sophisticated and have a lesser civic mentality , so these factors make them more vulnerable to the populist rhetoric of, in that case, Berlusconi’s, and currently that of the 5 Star Movement.

After all this, it remains to be seen whether this can be happening to us, whether it is something we want to happen and to what extent we are susceptible to a negative influence on our political and civic behaviour and to our own values being changed due to a bad choice in our entertainment.