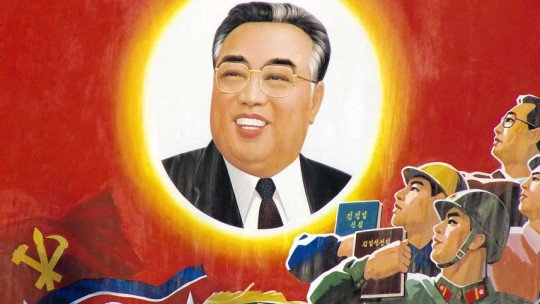 There are many criticisms of systems based on a leader and rigid hierarchies . Peter’s principle, for example, is based on the idea that employees rise to the point of maximum incompetence . Hence, in many organizations it is evident that the most important positions are occupied by people who do not know very well what they are doing, that is, by leaders who have taken their capacities to an unbearable limit. However, what we all expect from an organisation with people who command and people who follow orders, is that the former, regardless of their level of relative competence, have at least reached their position on their own merits .

How well is the recruitment work being done in this regard? Well, according to research in psychology, it seems that companies and hierarchical organizations are a sieve for involuntary opportunists . People who, without knowing it, benefit from having certain facial features.

Leaders who are leaders by face

The study, which was published in the journal The Leadreship Quarterly , shows that a number of randomly selected people are able to find out what leaders do just by looking at black and white photographs of their faces. This would mean that the people in the pictures could have reached their positions of responsibility, partly thanks to some unconscious predisposition to choose leaders with certain facial features.

These researchers conclude that the people in charge of selecting the high responsibility profiles could be relying on such irrational criteria as the evaluation of the face when selecting a candidate. But not only that: each position requires a special type of leadership, and also the facial features chosen in leaders vary according to the position they are applying for.

The researchers have based themselves on a series of experiments to reach this conclusion. The first thing they did was to note that there are studies that relate facial appearance to the likelihood of achieving leadership positions. However, they focused on the biases that presumably exist in assigning specific leadership positions to people only by evaluating their faces.

They selected 614 volunteers residing in Britain and were individually shown a series of black and white photographs showing the faces of certain American leaders not known on the other side of the Atlantic. This group of leaders consisted of CEOs of large companies, navy generals, governors elected between 1996 and 2006, and sports coaches. Each participant was named a category (for example, “naval generals”), and from that moment on he had to say which of the two faces shown to him corresponded to that type of leader . Then, each one of them expressed his degree of security in his “guessing” abilities by scoring himself on a scale from 0 to 100.

The truth is that, in spite of tending towards pessimism when it comes to evaluating their degree of certainty in decisions, the volunteers showed themselves to be unusually skilful in relating the leaders to their real profession. The only type of leader who resisted them was the politicians, since in these cases they did not succeed more than expected by chance (that is, 50% of the time).

In a second experiment conducted by the same team of researchers, 929 British participants evaluated 80 of the faces of senior managers in 15 different aspects: extraversion, masculinity, charisma, etc. This time, however, the volunteers did not know that they were seeing the faces of leaders. They were not given any additional information about the people in the photographs.

As a result of this exercise, the researchers found that certain leaders tended to score high on some dimensions that are related to stereotypes specific to their professional area. For example, military faces scored high on masculinity and low on warmth, while CEOs scored high on “level of competence. It should be remembered that these scores were given by people who had no idea who they were evaluating.

This line of research is a further indication that many organisations are not being as rational as might be expected when it comes to selecting their leaders, people with a high responsibility for the collective success of the company. Important recruiters could be getting carried away by subjective judgements about how senior managers should look, following strictly the canons dictated by the stereotype.

Of course, evaluating someone’s face can be easier than measuring aspects as abstract as leadership skills , social skills or negotiation skills ; among other things, because judging someone by their aesthetics is an automatic process. However, it remains true that organisations based on the complexity of teamwork also deserve an equally complex and rational selection of personnel.