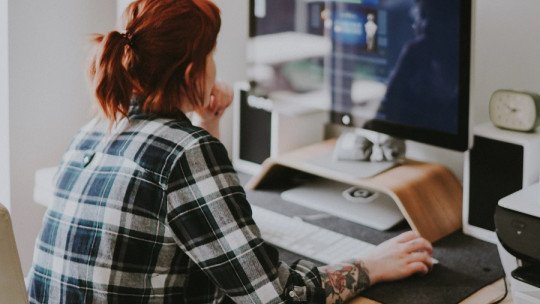 Depression is a very common mental health disorder, and this is, among other things, because this emotional state is not reached by only one route, but by several.

Sometimes people talk about depression assuming it’s just an illness and, as such, is caused only by biological complications in the person’s body.

In this article we will focus on the relationship between depression and perfectionism , two psychological phenomena that have been widely studied and where points of interconnection have been seen. The fact is that many times we tend to associate perfectionism with a positive and useful aspect of personality (and to a certain extent it is), in excess it can compromise our mental health in different ways.

What do these concepts mean in psychology?

First of all, let us clarify the concepts we are going to talk about. Depression is a mood disorder characterised by a lack of energy and motivation, low expectations and a state of sadness or distress that makes it very difficult to enjoy the pleasant experiences of life (a holiday, a dinner in a good restaurant, etc.). As a psychological disorder, its presence does not only imply discomfort: it also affects very negatively the quality of life of those who suffer from it, and increases the risk of suicide.

On the other hand, perfectionism is the scrupulousness when valuing the product of our own actions . This means that we pay attention to the need to do things well, and that the idea of creating something with one or several imperfections generates discomfort in us.

The relationship between depression and the degree of perfectionism

The differences between the types of perfectionism

First, we must distinguish between two types of perfectionism: perfectionist aspirations and perfectionist concerns . The second of these forms of perfectionism consists in the propensity to worry about the possibility of doing things wrong, the anticipation of failure if we do not pay much attention to what we do, and the obsession to avoid a bad result. The first, however, has to do with wanting to be the best version of ourselves and giving importance to doing things the best way possible.

Thus, perfectionist aspirations are linked to an increased risk of manifesting problems with stress and anxiety, while perfectionist concerns are associated with the risk of depression, since those who adopt this type of perfectionism focus on the negative side of their own skills and abilities, and spend a lot of time anticipating and imagining bad outcomes in what they do. The latter promotes emotional fatigue and an inability to enjoy oneself.

However, it should not be forgotten that those who are on the path of perfectionist aspirations are also not free from presenting a higher risk of having depression, because anxiety overlaps a lot with mood disorders .

It has been seen that the risk of developing eating disorders, such as anorexia nervosa or bulimia, is associated with a tendency to high or very high perfectionism, which makes sense considering that the discomfort comes from thinking about imperfections in behavior and physical condition.

This is relevant, because as is often the case with treatable psychological disorders in therapy, having developed one makes it more likely that we will develop another , and depression is at the top of the list of possible risks.

The tendency to overwork, which is closely linked to perfectionism, is clearly related to the risk of developing depression in the medium and long term.

There are different explanations as to why this happens. One of them is that, as the “workaholics” transform their work environment into the main focus of interest of their lives, they gradually cut their links with other sources of satisfaction and social life ; when they realize that they cannot continue with this rhythm of concentration and effort, they find themselves alone and socially isolated, without stimulating hobbies and, in general, no reason to stop directing 100% of their attention to their work performance. This is the point where depression lands.

On the other hand, the extreme concern for producing and doing everything right that work addiction causes is also linked to lack of sleep, another of the phenomena most linked to depression. If the nervous system does not have time to recover while we sleep. The chances of developing mood disorders are skyrocketing.

Both clinical depression and depressive mood that does not constitute a disorder can be effectively addressed through psychotherapy. If you are interested in professional help, I invite you to contact me by clicking here.