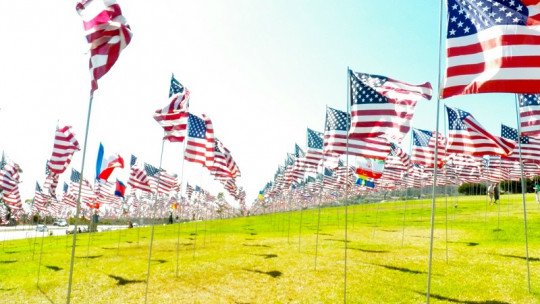 American power over the media , as in other sectors, is unequalled and has rested, since the 1940s, on different central foundations that make up its doctrine of domination. One of these central foundations makes the media an extremely useful tool for the capacity of influence that this country has: the ideology of free trade or (neo) liberalism .

Just before the end of the Second World War (1944), the United States approved a measure in which they committed themselves to favour the freedom of information and communication without restrictions in the world. The Bretton Woods agreements in June 1944 for monetary exchanges, also creating the International Monetary Fund (IMF) and, in 1947, the General Agreement on Tariffs and Trade (GATT), laid the (neo) liberal regulatory foundations of free trade to defend the doctrine of American influence. The multilateral agreements designed by these bodies applied the free dissemination of information and communication, forming an important pillar for the fight against communism .

This doctrine, which dominated the Cold War years and beyond, materialized an American vision (originally embodied in the 1791 Constitution) of freedom of the press. The development of communication infrastructures occurred in parallel to coordinate with the doctrine of influence and, ultimately, domination. In 1964, the Congressional Committee on Foreign Affairs considered that the primary purpose of the United States was to impose leadership in the world through voluntary adherence to North American values. So the political objective was to influence the public opinion or the rulers through communication techniques. What in geopolitics can be called softpower .

A Doctrine for Global Information Dominance

This doctrine, which made information a commodity like any other and a means of American influence on a planetary scale, is considered to be a tool of Realpolitik [1]. The doctrine tends to break down all the “walls” for the creation of a commercial space within the entire dimension of the globe, thus ensuring free competition and the free circulation of American products such as radio or television programs in order to create a framework of influence. Today, the Internet represents the new dimension of that cold war geopolitical doctrine , however difficult it may be for us to understand since the Internet has many positive dimensions, for example for the rapid exchange of information.

So information and communication technologies are considered as one of the foundations of the governance of the world for the United States. Since the 2000’s, a new economy has been crystallizing under the rise of American companies founded on industrial activities and on new strategic sectors such as e-commerce, online financial transactions, etc. Today, of the 10 most visited websites in the world, 8 of them are of “Yankee” origin (according to Marketing PGC[2]).

Apparently these companies do not pose any threat to societies and, therefore, we would not say that they can exert an “evil” influence. Let us proceed with an approach.

Echelon is an espionage system created already in 1947 which is part of a treaty between the United Kingdom and the USA , so, later on, Canada, Australia, New Zealand, Denmark, Norway, Turkey and Germany. It initially consisted of sharing information between the different secret services and intelligence agencies. The most important of the previous ones is the National Security Agency (NSA) whose discovery to the public opinion took place with the declarations of Edward Snowden in June 2013. This system is made up of a network of 120 satellites forming a global web of telephone tapping, high frequency radio broadcasts, underwater cables, internet… American websites are complicit in the access of NSA within their networks such as Facebook, Gmail or Skype .

There is no need to put a very long list on the consequences of massive espionage towards society. It would almost be enough to do an exercise of imagination. However, we would like to mention that this capacity for espionage, far from being harmless, articulates an attack, not only on the human rights of intimacy[3], but also on other levels of human life by allowing knowledge about social behaviour, This accumulation of knowledge, called Bigdata , interferes directly in the march of the world and is computed as one more weapon in the framework of the global geopolitics . Although the qualification of hegemonic power is being questioned, USA remains as a potential candidate to renew its condition of pivot of the world.