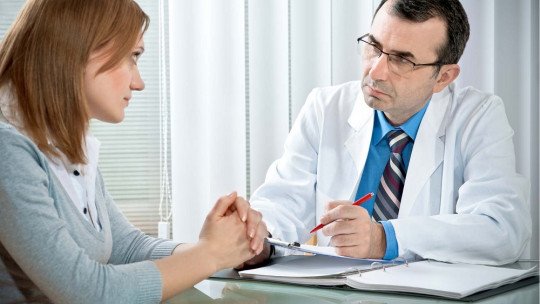 One of the central problems presented by schizophrenic people is related to severe difficulties in the area of interpersonal and social interaction . Positive symptomatology (hallucinations or delusional ideas), negative symptomatology (difficulties in affective expression) and disorganization in language and behaviour interfere very unfavourably in the daily performance in the personal, family, professional or social environment of the patient.

In this article we will see what one of the tools to improve the quality of the relationship between people with schizophrenia and their social environment consists of. This is the MOSST program: Training in Social Skills Oriented to Metacognition .

The psychological interventions that have traditionally demonstrated greater effectiveness have been aimed at promoting social skills and enhancing a behavioural repertoire that allows the person to develop a competent role both in the personal and community context. Thus, the multi-component cognitive-behavioral interventions that include elements such as learning coping strategies and problem solving , behavioral trials, modeling, training in self-control and self-instruction, learning cognitive strategies and family psychoeducational interventions have proven their superiority in terms of effectiveness in multiple investigations compared to other types of interventions where the components are worked on separately.

However, despite the fact that Social Skills Training (SST) is considered an essential part of intervention in schizophrenia and is highly recommended in many different clinical contexts, according to Almerie (2015), it seems that the difficulty in applying the strategies worked on during the session in the real context of the patient, the so-called capacity for generalization, compromises the efficacy rates of this type of treatment.

On the other hand, authors such as Barbato (2015) have shown that a fundamental deficient element refers to the difficulties at a metacognitive level presented by schizophrenic people , that is, the capacity to reflect and analyse one’s own thoughts, feelings, attitudinal and behavioural intentions and the representation that these patients make of their daily reality.

What skills are worked on?

Currently the main treatments in schizophrenia are either derived from behaviour modification techniques with the aim of improving the person’s psychosocial functioning and diminishing positive symptoms or, more recently, they focus on working on social cognition skills to achieve greater understanding and more competence in their interpersonal functioning and in the understanding of the mental and emotional states involved in this type of interaction.

According to the theoretical proposal of Lysaker et al. (2005) four are the basic processes of metacognition:

Focusing on the promotion of the indicated skills and continuing with the proposals of Lysaker (2011), who worked on the application of a type of psychotherapy based on optimizing the power of self-reflection, or of Moritz and Woodward (2007), who focused their interventions on getting patients to identify incorrect or biased repertoires of reasoning, Ottavi et al. (2014) have developed the MOSST program (Metacognition Oriented Social Skills Training).

This new and promising initiative presents many elements in common with the main and previously described EHS, although it tries to give greater emphasis to the power of generalization of the contents worked on in therapy, to promote the understanding and expression of metacognitive phenomena, in addition to giving more weight to the use of the modeling and role-playing technique .

As for its particularities, firstly, the application of the program is done in a hierarchical way, in such a way that the simplest skills are addressed initially (for example, recognizing one’s own thoughts – Self-Reflexivity) and, later, one moves towards the training of more complex skills related to the Domain component.

On the other hand, the physical space where the sessions take place must be free of interruptions or interfering sounds. The environment should be relaxed and playful but safe for patients, so therapists are active agents participating, expressing self-reflection and positively validating attendees. All this favours the establishment of a positive link between the members of the group of patients and the therapists , or metacognitive facilitators (FM), who guide them in the sessions.

On a practical level, this program is designed for outpatients who present a stable symptomatological profile without a neurological or mental retardation diagnosis . The groups are made up of 5-10 people and the 90-minute sessions take place on a weekly basis. In each one of them a different skill is worked on. The following are the skills that make up the program:

The sessions are divided into two distinct parts. Firstly, a practice of self-reflection is carried out by remembering some specific situation and answering some questions in order to enhance its metacognitive evocation in the patients. Later the same process is carried out on a live role-playing and on listening to a narration, both of which are broadcast by the therapists.

In the second block of the session, a second staging is carried out by the participants, after preparing the concrete skill to be practiced, and it ends with a debate of evaluation of the metacognitive states experienced or observed by the members of the group during the performance.

By way of conclusion: the effectiveness of MOSST

Otavii et al (2014) have found promising results after the application of MOSST in small groups both in patients with chronic schizophrenia and in subjects with incipient psychotic episodes .

Subsequently, once the adaptation of the program to Spanish was completed, Inchausti and its team of collaborators (2017) have corroborated what Ottavi has achieved, achieving a high level of acceptance by patients and a high rate of therapeutic effectiveness. This is transmitted in an increase in the performance of interpersonal activities, an improvement in social relations and a decrease in disruptive or aggressive behaviour .

In spite of all the above, due to the novelty of the proposal, Inchausti indicates the need to carry out more studies that rigorously validate what has been found by the aforementioned researchers to date.