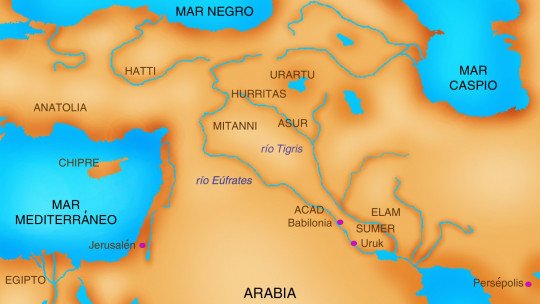 The explorers say that’s where it all started, the cradle of civilizations.

The so-called Ancient Mesopotamia , which is located in the Middle East today, has seen the birth of many of the most prosperous civilizations in the history of mankind. Predecessors of all the world’s acquired culture, with more than six thousand years of history, were especially important Babylon, Assyria and the Sumerians.

The name of Mesopotamia has a meaning that has been translated into several ancient languages of the time: it means “between two rivers”. Its origin is due to the geographical location of its culture, located between the Euphrates and Tigris rivers that are part of present-day Syria and Iraq. Among many of the influences and legacies that have been assumed to be part of even our present day, one fact stands out in particular, that of writing.

Origin and territorial extension of Mesopotamia

Given the antiquity and the transformation that the area has undergone since the first archaeological remains were discovered, the extension of ancient Mesopotamia is very significant . We could say that it starts from Anatolia (east of today’s Turkey) to the Persian Gulf of Iran. Note that this is an approximate geographical location, as there may be some discrepancies among expert historians.

Given that the origin of Mesopotamia is credited between 5000 and 6000 BC, it can be intuited that these lands gave rise to the techniques of branching and fishing, agriculture and livestock. Later, these facts meant the development of cities with all their meaning: administration, cultural spaces and circular economy. Some of the first cities were Choga Mami, Buqras or Yarim.

There were several cultures that influenced the development of ancient Mesopotamia. First was the Umm Dabaghiyah culture; later it was replaced by the Hassuna-Samarra culture and finally we find the Halaf or late Halaf culture (around 4,000 BC).

A territory with so much history would not be understandable without the identification of the cultures that formed it. Next we will highlight the most relevant cultures that gave rise to Ancient Mesopotamia .

The Sumerians were the first civilization of the region . The first city-states such as Uma, Ur, Eridu, and Ea were founded. Impressive as it may seem, at that time there was already a certain state consciousness as a model of society and political system, in a very archaic way of course, where a single figure reigned with absolute power over the masses whom the Sumerians called “vicar”, the protector god of the city.

Moreover, it was during this period that the first pictograms were recorded, which would be the origin of writing, since this technique is based on the assimilation of drawings to words. The construction of temples and walls to surround the cities as a measure of protection suggests that there were different battles between the peoples of the area. 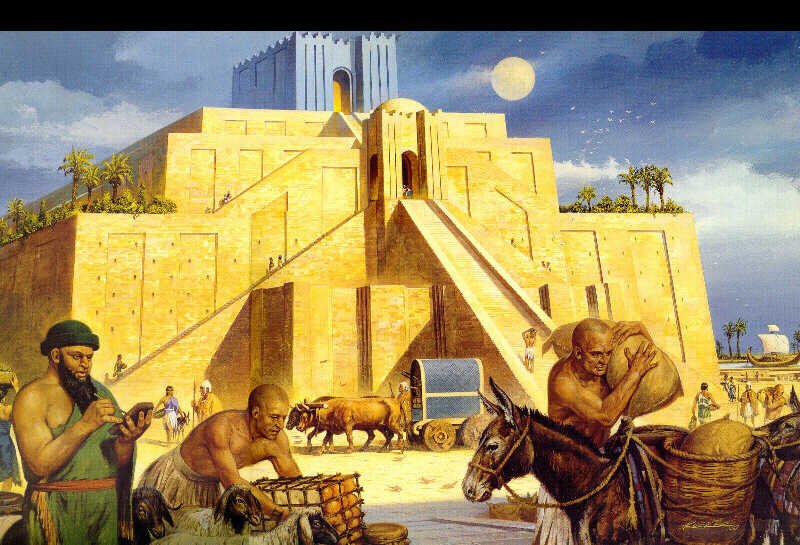 As has been the case throughout human history, success quickly attracted enemies in the area. Different nomadic peoples, especially from the Arabian Peninsula like the Syrians, Hebrews and Arabs who decided to intensely invade the territories developed by the Sumerians. The absolute domination of the above mentioned civilizations dates back to 2500 BC.

The Akkadians were the most important group in Mesopotamia thanks to King Sargon , who founded the capital of Aghadé to replace Kis after the defeat of the Lugalzagesi empire. The Sargon dynasty had to face different internal revolts during centuries in the fight for power, a fact that brought down the Akkadian empire around 2,200 B.C. at the hands of the Gitis and Morreos.

3. The Assyrians and Babylonians

After a brief “reconquest” by the Sumerians of the lands usurped by the Akkadians, the Babylonian and Assyrian empires were the most influential cultures of ancient Mesopotamia , constituting a new model of unified empire that would be adopted even by the modern monarchs of Western Europe as the dominant political system.

Under Hammurabi’s rule, an extensive struggle for territorial expansion and cultural hegemony began, making the city of Babylon its capital. At this time, the first laws and codes were established to cement a model of effective administration, as the empire became more dominated and needed control.

The Assyrian empire is probably the most important because of the tremendous military practices they subjected to with the dominated people. They were brutal, ruthless, bloodthirsty and unsympathetic. They were devastating the previous culture and imposing their own. Still, it was not all fierce battles. The Assyrians incorporated new irrigation techniques, river flows and a cultural legacy that today is still classified as one of the most beautiful in the world. 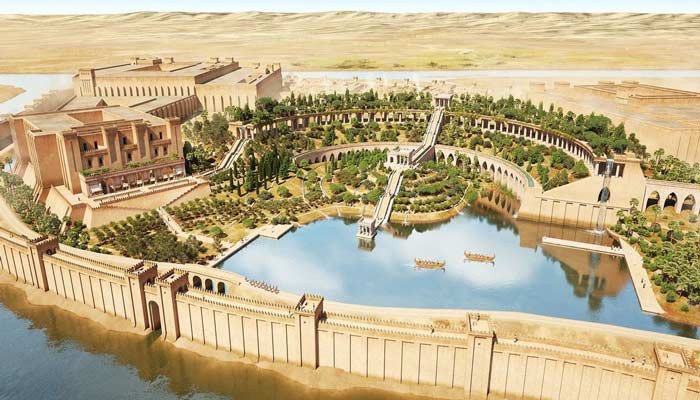