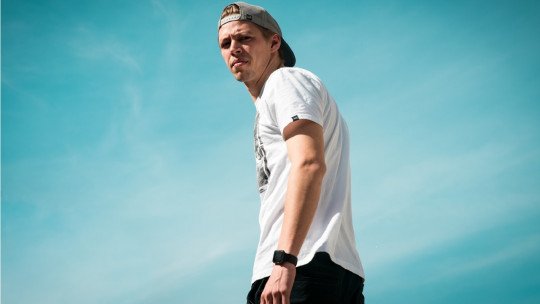 How we interpret the things others do is crucial to our personal well-being , as it largely determines the way we react and the decisions we make accordingly. That is why the human brain tends to perform tricks to make this interpretation biased and tendentious. Let’s see some examples: imagine the following situation.

You go outside to get some air in the garden, and over the fence you see the new neighbor who has moved in the week before next to your house. The man looks annoyed, he has a scowl and you can almost hear him grumbling underneath.

A few minutes later he starts to raise his voice. At one point, the wife comes up to him to ask him a question and he answers her in a very bad way. She then starts yelling at her two small children who keep running around her, playing at something that seems to be very irritating to the father.

“The others are guilty of everything!”

In circumstances such as this, it is to be expected that your brain, neither short nor lazy, will rush out a whole series of hallucinations about what you are observing. The conclusion seems simple and irrefutable: your neighbor has a bad character, is a grumpy and authoritarian subject who could never become friends .

A couple of days later, you find yourself quietly having breakfast with your partner, when he says to you as he passes by: “Ah, did you see the neighbor who moved in next door? Poor man, he’s desperate, I heard that as soon as he finished paying for the new house, he was fired from his job, and now he doesn’t know how to support the family”.

Let’s see… This new additional information colors the opinion you had formed of the new neighbor, right?

The hypothetical anecdote does nothing but illustrate one of the most damaging shortcomings of the human brain: we are well disposed to criticize the reprehensible behavior of others, attributing it to their alleged bad character, or to a defect in their personality; and we lose sight that there are always external forces or influences that help to shape behavior.

And what’s worse, if we’re the protagonists of the story and someone accuses us of having a bad temper, we immediately justify ourselves by saying, “Well, what happens is that I’m very nervous because I’ve lost my job.

This is how it happens most of the time; this is a dynamic that underlies the dark and fallible side of our brain: others are entirely responsible for their misconduct . Their unhappy or unwise decisions are the result of the person’s own defects.

On the contrary, when we are the offenders of good manners and healthy habits, we quickly find an explanation that comes from outside to justify the alteration of our good temper, and thus save our reputation and self-esteem. To simplify: If So-and-so reacts with violence, it is because So-and-so is an aggressive person. On the other hand, if I am the one who reacts with violence, it is because I am tired since I could not sleep a wink all night.

Guilt: a matter of perspective

Everything we do, even the wrong thing, however inappropriate, always constitutes, for our brain, the appropriate response to a given situation.

From our perspective, we can only see the angry neighbor. In other words, all his obfuscation is at the center of our attention. On the other hand, when we are the ones involved, we can only see our circumstances ; what has happened to us during the day, whether we have been fired from our job, our head hurts or our car’s GPS has been stolen, seems to us to be reason enough to vent our anger on the world or on others. It’s as if our brains are whispering in our ears: “Hey, come on… I know you’re a good person, but you live in a bad and hostile world.

Biases that protect us

It is crucial to understand this kind of mental bias that appears when we observe our own and others’ behavior, because it can lead us to exaggerated or dramatic value judgments, which together can open deep fissures in society.

For example, those who label the unemployed or those who receive government aid through social schemes as “lazy”, “lazy” or simply “riffraff who don’t feel like working”, all inherent personality traits, tend to favour the “iron fist”, “zero tolerance” and economic and cultural discrimination in a broad sense.

On the contrary, people who think that there are people who were born and raised in very unfavorable conditions , are masters of a more humanitarian and compassionate worldview, participate more in charitable organizations and vote for leftist political parties.

The role of necessity

It also turns out that our own needs are a parameter with which we measure all things . Of course, we don’t realize it, but that’s how selfish we are.

If you need to feel loved and respected, for example, then your wife (who doesn’t have the same need as you) may seem cold and unloving in the face of a disagreement.

Of course, if she is the one who needs to feel loved and not you, then your wife will seem insecure and demanding. And as we saw earlier, some aspects, such as the fact that she had a troubled childhood in which her parents did not give her much love, become secondary or fall directly into oblivion.

Another possibility: if you need to do everything quickly because you have an anxious nature and become impatient easily, then the McDonald’s cashier who is serving the customer in front of you in line will seem like a slow, inefficient, parsimonious employee, or all of the above together.

Now, if you are on holiday and you are feeling particularly calm and relaxed, and you want to choose carefully what you are going to eat that day, the people behind you in line and rushing you to order and to run off to the side will seem to you to be a bunch of neurotic, frenzied, ill-mannered people.

If you are the kind of person who is concerned with order, cleanliness, and perfectionism, who is interested in the details of every task you perform; your new partner will most likely seem to you to be an irresponsible and disorganized individual.But if he is the one who has all these needs that revolve around neatness, then he will qualify his partner as an unbearable obsessive maniac.

How to solve the problem?

I think the first thing we need to do is to fully understand the biased dynamics that our brain uses to harshly assess the behavior of others, and more benevolently our own behavior.

Perhaps a greater degree of self-awareness helps us to take responsibility for our own actions and the decisions we make, especially when we are faced with a problem or in times of stress.