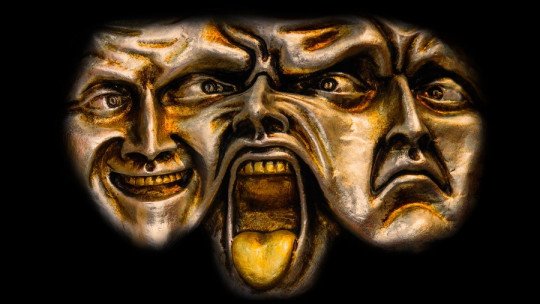 It is, without a doubt, the most terrifying psychological experience that a non-psychotic person can have in a waking state. And yet, it is very well remarked and makes the patient mature a lot… when you go to the specialist in Clinical Psychology in time and when he knows what he is dealing with. This is the panic attack , a psychological phenomenon which the following lines deal with.

What is a panic attack?

A panic attack occurs when an individual’s psychological and nervous system has been under severe pressure for months or even years (in most cases). Like some heart attacks, does not appear at acute moments, but over time, days or weeks , and also suddenly, which causes the individual to have no idea where the shots are coming from and to become more alarmed.

It usually happens to people who, although they do things and are in good spirits, deep down they have lost their way, they do not know how to go on with their lives.

It also occurs in the post-partum period in people with complex psychological trajectories who, after the effort and tension of the pregnancy period and the exhaustion of childbirth, suddenly suffer from this disorder. And also with the consumption of hashish, which is obsessive for some individuals; it weakens the nervous system and reduces the ability to plan and desire to do things.

As we have seen, it is the atrocious panic that suddenly invades the patient’s mind and nervous system . The patient is absolutely amazed by the experience, which he did not expect and did not even imagine. The heart beats at 180 pulses, and it is felt in the chest, in the artery of the neck, as if it were going to explode.

Thoughts have stopped responding, there is no interaction with perceptions, the “command and control” protocol has disappeared. It’s chaos. Hyperventilation makes the individual dizzy and reduces his visual field , locking him up even more in himself, where there are hardly any ideas or self-instructions, because there is only room to feel one emotion: exacerbated fear. Of what? Of oneself, of what is happening in there. The individual does not recognize himself, he experiences depersonalization and de-realization, he is so inside himself that he does not have the feeling of being in the world.

Some people faint. It’s hours or minutes, depending on the person, and finally the calm comes. The body is exhausted, the autonomic nervous system has consumed all its energy. Automatically the idea is installed in the individual that his head is damaged and that this will accompany him for the rest of his life, that he is crazy. In fact, panic attacks are more common than colds, so to speak, but they are hidden by shame. So no one knows that many people he comes across on the street have also had them .

The other cross of this disorder is the fear of fear. The constant fear that it will happen again, the fear of panic again unpredictable. It is here, if a solution is not found in time, or if those who do not know the nature of the problem and do nothing but hinder the process, that agoraphobia, claustrophobia and the unbearability of being alone arise. The first days are terrible.

The Kind Aspects of Panic Attack

The panic attack is not ambiguous or interpretable, like depression, anxiety, or distress. The panic attack occurs clearly and suddenly there at the high end of each of the symptoms of physiological anxiety . Panic is panic. It is easily identified, because the patient, without having read anything about psychopathology, says at least one of these 3 symptoms:

There is only slight confusion between panic attacks and anxiety attacks, but if we ask about these symptoms we can easily identify whether it is a panic attack or an anxiety attack . Anxiety is annoying, it doesn’t let you be, but it is not that panic.

Another curious aspect is that as the excitation of the autonomic nervous system (ANS) has been maximum during the panic, normally the patient is exhausted and without more energy at that moment, although those minutes after the attack already begin to structure thoughts around fear, anticipation.

By the way, some people faint. Are they lucky? Maybe, but then they develop a fear of falling and hurting their heads.

The other positive aspect is that even though it is so spectacular, treated in a timely manner, the disorder disappears almost completely and a well conducted therapy will reinforce the individual’s sense of strength not only in the face of possible panic, but also in the face of any symptoms of anxiety or other difficulties in life.

Going to a good clinical psychologist who explains the symptoms well, who quickly provides behavioural resources to get out of the way, informs about their evolution, and contributes in the rest of the therapy to make the patient aware of the context that has caused the panic attack, is crucial. The difference between this and staying at home, locked up, scared, increasing the intake of drugs and becoming depressed, is colossal.

However, the victim of the panic must be patient for at least a few months or a couple of years, since this disorder leaves fringes, although never reaching the intensity of the panic episodes: headaches, migraines, tension sensations in the cervical and neck muscles, days when they feel more vulnerable, dizziness, attacks due to memories of stimuli that produce nerves, avoidance of being in public places, tachycardia… but a good therapist will help them to go through this long final stretch.

And I repeat, the person will come out reinforced , because if he has followed the instructions and understood the context so that it does not repeat, he will have overcome many moments of fear… in solitude, which is a way of becoming an adult like any other.

The treatment must first be solely behavioural. The instructions and techniques are few and specific, simple to communicate. The important thing is to transmit to the patient the certainty that this will happen and that it will not leave any sequelae.

Parents, when they come to the clinic scared because they see their children at night with night terrors, are definitely reassured when they are informed that, although the fear they are seeing in their children is spectacular, this is not going to have the slightest consequence on the maturative development of their nervous system . Well, with this, anyway.

In a second phase of treatment, the context must be analysed from a cognitive or mildly dynamic point of view. Third generation narrative therapies, or psychoanalytic listening therapy, should help the therapist and patient to fix the content that has undermined the individual’s physical and psychological resistance. It will be fundamental to frame what has happened and to provide a deeper tranquility in the subject. Likewise, this will serve to retake the directions and the illusions that disappeared to leave room for the anguish.

As for medication, the best thing is that the subject can face his fear without pharmacological aids that will subtract and delay the attribution of self-competition. But there are patients who, due to their context and characteristics, already take them and it will not be a problem to integrate this medication in the treatment of a panic attack.