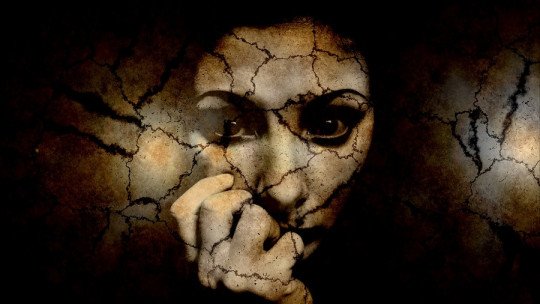 When we are overwhelmed by fear in certain situations, we experience feelings and reactions that are truly alarming as well as unpleasant.

This response that we offer in a natural way is powerful enough to go through the body and mind of the one who experiences it . The autonomous response of fear arises long before our reason has been able to decide anything about it, in a sort of chemical summit our organism has already been put into action, preparing itself for escape or for the imminent attack.

Fear is one of the most primitive emotions that exist, it was in charge of maximizing the possibilities of survival of our ancestors since it allowed them to respond to threats, but…

…Do we know what mechanisms are put into action to provoke such a flood of reactions in our body?

The sympathetic nervous system is responsible for the body’s maximum performance for a short period of time, just at the moment when the individual is in a state of panic. In the meantime, other functions that are less important in this type of situation, decline in time.

Once the danger has passed…

Once this period has elapsed, if we perceive a solution to the situation, the parasympathetic nervous system is reactivated, which will lead to counteracting the actions taken by your confidant:

When the parasympathetic nervous system takes control of our body, it can lead to a situation or state of shock. This set of biochemical responses is called “fight or flight” .

I’m sure more than one of us have suffered what is known as a panic attack in our own flesh. Well, now we know the physiological functioning through which the organism acts and the functional responses it emits.

If we decide to enter a little more into this construct that we call ‘fear’, we will see that its scientific study has been extensive.

The normal fear and the pathological fear have been distinguished based on certain criteria, such as duration or level of interference in daily functioning, among other factors (Miller, Barrett & Hampe, 1974).In order to classify it adequately, we must first know the main existing fear factors , that is, their roots and the causes that generate them.

The causes and initiators of fear

The most consistent factors for classifying media types appear to be, according to the classification offered by Gullon, (2000) the following:

Evaluating these factors, we could make a classification that discriminates the level of affectation of fear in each person and in a certain situation, highlighting the types of fear most studied and treated today, we find the following distribution:

How do we deal with fear?

First, we must learn to naturalise this emotion , otherwise it can manipulate our lives to the point of becoming a pathological disorder.We must accept the fear of danger and understand its strictest connotations, in this way we will be able to learn to regulate it.

We must think about its main function, since it is a determining impulse to defend ourselves from a danger, only we have to evaluate if when this sensation appears we are in front of a real danger or an unreal threat pretentiously elaborated by our own mind.

This may seem simple but is very difficult to manage on many occasions , since fear tends to paralyse us and there is no point in trying to rationalise it. Fortunately, there are psychological therapies that allow us to influence the psychological mechanisms that install fear in our minds.

“Fear is my most faithful companion, it has never tricked me into leaving with another”