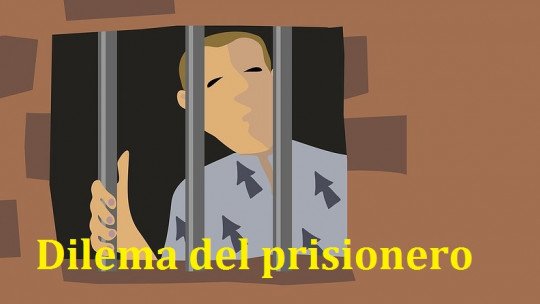 Faced with a decision that, apart from having repercussions for our own well-being, can affect others, we can find ourselves in a social dilemma in which the benefits of the decision and the costs to ourselves and others come into play.

Although at first it may seem that our own interests will always prevail, this is not the case, because in that case we would be in a state of social chaos .

The so-called prisoner’s dilemma has been widely used in psychology studies where a conflict of interest situation between two people is shown. The participants were presented with a fictitious situation in which they should imagine that they are a thief who has been arrested, together with his partner, by the police. Both are questioned by a separate lawyer, who proposes the following dilemma:

Obviously, if we turn in our partner, we will be free and it would be the best option for our own well-being. If we both betrayed ourselves we would end up in jail . So the best option would be to cooperate, where both of us would get the same benefit and the same cost, but there is the dilemma: can we trust our partner not to turn us in? So how do we behave? Possible reactions to this dilemma

Well, several experimental laboratory and field studies have shown that we have four options:

Competitiveness and cooperation, the most used options

In other dilemma games more than one opportunity to choose is offered, in these cases the subjects usually start by cooperating with each other and in the next option they will do the same as their partner has done. In other words, they are faithful to the saying “today for you, tomorrow for me”. Well, the conclusions of the studies reveal that the options most used by the majority are competitiveness and cooperation , with differences between genders (being more cooperative than them) and culture (living in an individualistic or collective society).

However, other important factors must be taken into account, such as the context in which the dilemma occurs, something that is very important is the type of relationship that unites us with the other people involved. It is not the same that they are complete strangers or that they have some bond of affection with us.

Recommendations for dealing with the social dilemma

To conclude, I propose a series of recommendations to face a social dilemma before which we do not know how to act: