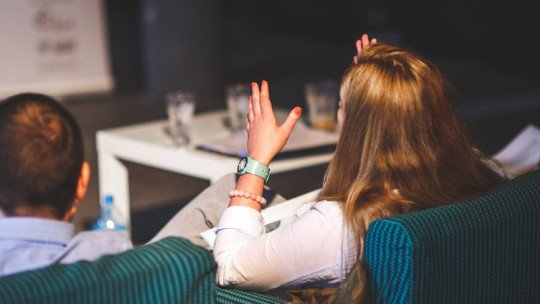 When we talk about psychological therapies, we often tend to think about the techniques being implemented, the attitude and skills assessment instruments or the approach being used in that particular practice.

Of course, these are very important factors in defining the type of therapy you are attending and what your goals are, but to fully grasp the essence of modern psychotherapy sessions we also need to consider another key issue. This is the quality of the therapeutic alliance established between the patient and the professional .

This is a concept that can also be known as rapport , and is used in fields such as Clinical Psychology, NLP and even the treatment of patients by nursing staff.

Understanding the meaning of the word “rapport”

The therapeutic report is the shared and empathetic understanding of the different perspectives from which one and the other person approach a problem that must be solved by both . It is a framework of relations in which a mutual understanding is established among several agents with the aim of addressing a problem in a collaborative manner.

In short, the therapeutic report is the psychological tuning between the therapist and the patient that allows the necessary collaboration between both . Its two fundamental pillars are mutual trust and fluid communication (which is not symmetrical, since the ideal is for the patient to express himself much more than the therapist). Communicating… beyond the consultation

Originally, the word rapport referred to the dynamics of relationships that should govern the interaction between a health care provider or therapist and his or her patients. Thus, there are training programs for mental health professionals and physicians that focus on teaching techniques to generate rapport, since it is understood that this is a fundamental aspect of the effectiveness of intervention on patients. However, today this word can also be applied to practically any context in which there is a task that can be carried out by two people who need to reach a good degree of rapport to achieve it.

Furthermore, rapport can be understood both as a dynamic of relationships (i.e. something situated in a specific time and space) or as a technique applied by a therapist (i.e. an instrument that forms part of the repertoire of skills of the professional). However, these nuances do not change the nature of what a good rapport should be.

Components of the report

Where there is a good rapport there are also the three pillars on which it rests: coordination (or mirroring), reciprocity and the search for common ground.

Showing reciprocity consists of finding ways to reciprocate the other person’s input, be it actions or sentences . Classically, in the psychological consultation, reciprocity takes shape through active listening, in which the psychologist, despite being quieter than the patient, constantly gives signs of listening to the other person and reacting to what he or she is saying.

This component of the report varies according to the nature of the collaborative work that people must accomplish.

This factor refers to the need to focus messages and actions on issues that are of interest to all the people involved . This is something that we often do without realising, by trying out the tastes and hobbies of a person we have just met and end up talking about something we find easy to talk about.

This is also done in therapy, although, of course, always with the objective of the sessions in mind and without deviating too much from certain guidelines and topics.

The result of these three factors is the establishment of empathy, trust and clear communication .

Guidelines for creating a report

1. Be aware of the importance of first impressions

Most professionals whose performance depends largely on their ability to generate a good report are particularly zealous about presenting to the patient in the right way . In this way, from the beginning a framework of relationships is created based more on trust than on the lack of it and, on the other hand, the fact that the therapist presents him/herself adequately may make the patient see that he/she has a protagonism that was not expected.

A simple handshake, for example, is enough to make patients significantly more receptive to the care of the psychologist and health personnel in general.

Generating rapport is largely about minimizing possible distortions in the interpretation of each other’s expressions. Therefore, it is important to express oneself in a clean way, without contradictions between what is said and what is done . For example, inviting a patient to explain his/her problem and at the same time keeping his/her arms crossed is something that damages the quality of the therapeutic relationship, since an inconsistent message is conveyed.

To deepen this important aspect, you can take a look at this article:

“The 5 keys to mastering non-verbal language”

This is one of the guidelines to follow that requires good preparation of verbal expression. It consists of using an accessible and clear language, without spaces that could give rise to double meanings or unfinished sentences . In this way the other person will not have to make an effort to unravel the meaning of what is being said, something that in itself could generate rejection.

4. Test the quality of the report

Although it is not noticed, therapists throw small “probe balloons” at the patient to test the strength of the therapeutic relationship . For example, they can break the mirroring by adopting a very different posture from the other person or by modifying the rhythm of the speech to see if this initiative is imitated. If the patient adapts to these changes, the rapport is successfully established.

Psychologists spend a lot of time on self-evaluation to discover which dynamics work and which do not work in establishing a therapeutic relationship with the patient . Therefore, the quality of the report improves as the imperfections of this alliance between psychologist and patient are refined, something that occurs thanks to the study of oneself.

In the practice, the rapport is the therapeutic relationship that moves in the balance between the difference of the patient – professional roles and the common goal of collaborating to solve a problem . Therefore, the rapport is not exactly a capacity of the therapist nor a tool that is implemented unilaterally, but something that is generated in the dynamics of interactions with the patient.

It is something that must be nurtured by both parties, but for which the psychologist is especially prepared. Thanks to a mixture of empathy and coherence in what is expressed, a therapist can arrange a framework of relationship in which the report emerges almost spontaneously.

Depending on the roles that people have to adopt and the goals to be achieved, the good harmony between the agents can give rise to various types of report that are adapted to each situation n, although their fundamentals are always the same.