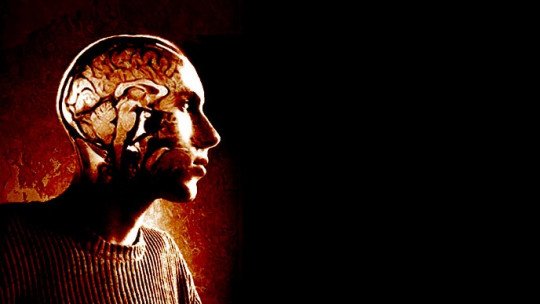 It has happened to all of us at some point in our lives: to have the feeling that we have already seen, heard or done something that is happening . In exactly the same way, and in exactly the same place. Everything is traced, as if the past and the present had been split into two exact replicas. This is a phenomenon known as Déjà Vu and it is very normal for it to occur, because it is part of the normal functioning of our brain. However, in some very rare cases, Déjà Vu could give rise to a little-known mental disorder.

This is what happened to a French army officer at the end of the 19th century : he believed that he was living in a series of replicas of the past, as if everyone was trying to recreate situations he had already experienced.

The case of Louis’ pathological Déjà Vu: trapped in time

This case was documented in 1896 by a psychiatrist named Francois-Léon Arnaud , and has recently been translated and published in the scientific journal Cortex by a team headed by psychologist Julie Bertrand . It is also one of the first scientific articles in which the term Déjà Vu is used to refer to this type of phenomena.

Living in the past… literally

The text translated by Bertrand and his team describes some of the situations experienced by a young army officer who, after serving in Vietnam, was sent back home after beginning to develop a series of symptoms. He was sent back to his home after developing a series of symptoms. The name of the young officer, Louis, constantly confused the past with the present . He believed that he was living exact replicas of what had happened months or years before.

After having started to suffer from intermittent fever probably caused by malaria, to it seemed that Louis was suffering from unjustified exhaustion, insomnia and digestive problems , and retrograde and anterograde amnesia, so that, despite remembering most of the important information related to his life and his identity, he had difficulty in remembering what had happened just a few minutes before. This meant that he often repeated the same question over and over again, even though it had been answered just before.

And, of course, Louis began to suffer the so-called pathological Déjà Vu shortly afterwards, in 1893 . Although Louis had claimed that as a child he experienced Déjà Vus very often, at that time he not only experienced them all the time, but also did not believe that they were illusions. He was convinced that the repetition of past experiences was absolutely real.

Everything is repeating itself

Among the anecdotes that serve to illustrate the case of pathological Déjà Vu documented by Arnaud is the time when he claimed to have read several newspaper articles before, even claiming that he was the author of some of them.

Although at first Louis’ pathological Déjà Vu was only related to the feeling of having read before what one was reading, p oco later it spread to more areas of his life and became more frequent .

At his brother’s wedding, for example, he said aloud that he remembered perfectly having attended this same ceremony a year ago, with the same guests, in the same place and with all the details placed identically. He also pointed out that he did not understand why they were repeating the wedding again.

As the symptoms worsened and the pathological Déjà Vu extended its influence into all areas of Louis’ life, a tendency towards paranoid thoughts and persecution mania also appeared. He believed that his parents were supplying him with drugs to make him forget his plans to marry the woman he liked and react violently to normal, everyday actions.

Louis was about 35 years old when he entered the Maison de Santé in the French municipality of Vanves. There, in 1894, he met Arnaud .

Louis and Arnaud know each other

When Louis first saw Arnaud, this is what happened:

At first, Louis behaved the way people who first come into contact with an unknown person in a normal situation behave. Just after, Louis’ expression became much more friendly and familiar.

I recognize you, doctor . It is you who greeted me a year ago at the same time and in the same room. You asked me the same questions you are asking me now, and I gave you the same answers. You are very good at pretending to be surprised, but you can stop now.

Louis thought he had already been to the Vanves sanatorium . He had recognized the land on which it is located, its facilities, and at that time also the people who worked there. Although Arnaud denied that all this had happened in the past, he did not seem to convince Louis. Shortly thereafter, a similar conversation took place when the patient met another doctor.

Scenes like this would define the type of mental disorder that Louis was admitted to the institution for.

Are you sure this is pathological Déjà Vu?

Although the symptoms Louis experienced are closely related to the way classic Déjà Vu is expressed, Julie Bertrand proposes the explanation that, in fact, what was happening to this patient was not Déjà Vu, at least technically. It would be more of an unconscious mechanism by which the memory gaps produced by amnesia are filled .

This would explain why Louis was unable to distinguish between the real past and the “artificial” past created by these situations. What he was experiencing was, rather, a reduplicative paramnesia, an illusion in which common sense fades away. One more example of the extent to which changes in our nervous system can change us even in those mental faculties that we take for granted.