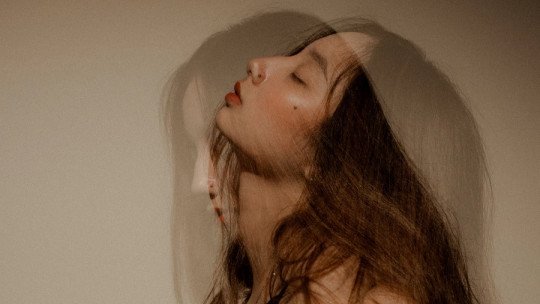 It is well known that the term “mind” refers to the set of cognitive processes, that is, consciousness, thought, intelligence, perception, memory, attention, etc. But does the mind have a material reality? Is it a tangible and concrete entity or space? Or is it an abstract concept that groups together a series of immaterial experiences?

The philosophy of mind, together with cognitive science, has offered different theories to answer these questions. In turn, the answers have often been formulated around the traditional opposition between body and mind. To resolve this opposition, the theory of the Extended Mind questions whether it is possible to understand mind beyond the brain , and even beyond the individual himself.

In the following text we will briefly see what the proposals of the Extended Mind hypothesis are, as well as some of its main background.

Theory of the Extended Mind – mental processes beyond the brain?

The theory of the Extended Mind began its formal development in 1998, from the works of the philosopher Susan Hurley , who proposed that mental processes did not necessarily have to be explained as internal processes, since the mind did not only exist within the narrow limits of the skull. In her work “Consciousness in action” she criticized the input/output perspective of traditional cognitive theory.

In the same year, the philosophers Andy Clark and David Chalmers published the article “The extended mind” which is considered the founding text of this theory. And a decade later, in 2008, Andy Clark publishes Supersizing the mind , which ends up introducing the hypothesis of the extended mind in the debates of the philosophy of mind and cognitive sciences.

From computer metaphor to cyborg metaphor

The theories of the Extended Mind are part of the historical development of the philosophy of mind and the cognitive sciences. Within this development different theories have emerged on the functioning of mental states and their consequences in human life. We will briefly see what the latter consists of.

The Individualistic Model and Computing

The more classical tradition of cognitive science has taken the metaphor of the computer operating system as an explanatory model of the mind. It roughly proposes that cognitive processing starts with inputs (sensory inputs), and ends with outputs (behavioral outputs).

In the same sense, mental states are faithful representations of the elements of the world, they are produced before internal manipulations of information, and they generate a series of inferences. For example, perception would be an individual and precise reflection of the external world; and occurs in an internal logical order similar to that of a digital operating system .

In this way, the mind or mental states are an entity that is found within each individual. In fact, it is these states that give us the quality of being subjects (autonomous and independent of the environment and relations with it).

It is a theory that follows the dualistic and individualistic tradition on reasoning and the human being; whose maximum precursor was Rene Descartes, who doubted everything but what he thought. So much so that he inherited from us the now famous “I think, therefore I am”.

But, with the development of science, it was possible to suggest that the mind is not only an abstraction but that there is a tangible place within the human body for its storage . This place is the brain, which under the premises of the computational perspective would fulfill the functions of a hardware, while it is the material and self-configurable support of the mental processes.

This emerges in continuous debate with the theories of mind-brain identity, which suggest that mental processes are nothing more than physicochemical activity of the brain .

In this sense, the brain is not only the material support of mental processes, but the mind itself is the result of the activity of that organ; with which, it can only be understood through the physical laws of nature. Both mental processes and subjectivity thus become an epiphenomenon (phenomena secondary to the physical events of the brain).

In this sense it is a theory of naturalistic approach , and besides a brain-centric theory, since everything human would be reduced to the action potentials and the physicochemical activity of our neuronal networks. Among the most representative of these theories is, for example, materialistic eliminativism or neurological monism.

Beyond the Brain (and the Individual)

In the face of the latter, other theories or explanatory models of the mind emerge. One of them is the theory of the Extended Mind, which has tried to locate information processing, and other mental states, beyond the brain; that is, in the relationships that the person establishes with the environment and its objects.

It is a question, then, of extending the concept of “mind” beyond the individual himself. The latter represents an important break with the individualism typical of more classical cognitive science.

This paradigm had already permeated computational hypotheses as well. However, for the theory of the Extended Mind, mental processes are not only generated within the individual, but also outside it. And they are “functional” states insofar as they are defined by a cause-effect relationship with a specific function (a relationship that encompasses a set of material elements, even without a life of their own).

To put it another way, mental states are the last link in a long chain of causes that ultimately have the effect of such processes. And the other links in the chain can range from bodily and sensory-motor skills to a calculator, a computer, a watch or a mobile phone. All of these are elements that allow us to generate what we know as intelligence, thought, beliefs, etc.

Consequently, our mind extends beyond the specific limits of our brain , and even beyond our general physical limits.

This not only changes the way of understanding “mind” but also the definition of “self” (understood as an “extended self”), as well as the definition of one’s own behavior, since it is no longer a rationally planned action. It is about a learning that is the result of practices in the material environment . As a result, the “individual” is more like a “subject/agent”.

For the same reason, this theory is considered by many as a radical and active determinism. It is no longer that the environment shapes the mind, but that the environment is part of the mind itself: “cognitive states have a wide location and not limited by the narrow border of the human body” (Andrada de Gregorio and Sánchez Parera, 2005).

The subject is susceptible to being constantly modified by its continuous contact with the other material elements . But it is not enough just to have a first contact (for example, with a technological device) to consider it an extension of the mind and the subject. To be able to think of it in this way, it is essential that conditions such as automatism and accessibility exist.

To exemplify this, Clark and Chalmers (quoted by Andrada de Gregorio and Sánchez Parera, 2005) give the example of a subject who has Alzheimer’s. In order to compensate for his memory loss, the subject writes down everything that seems important to him in a notebook; to the extent that, automatically, he gets used to reviewing this tool in the interaction and resolution of everyday problems.

The notebook serves as a storage device for their beliefs, as well as a material extension of their memory. The notebook then plays an active role in the cognition of this person, and together, they establish a cognitive system.

The latter opens up a new question: does the extension of the mind have limits? According to its authors, mental activity occurs in a constant negotiation with such limits. However, the theory of the Extended Mind has been questioned precisely because it does not offer concrete answers to this.

Likewise, the theory of the Extended Mind has been rejected by the more brain-centered perspectives, of which the philosophers of the mind Robert Rupert and Jerry Fodor are important exponents. In this sense, he has also been questioned for not delving into the field of subjective experiences, and for focusing on a vision that is strongly focused on the achievement of objectives.

Are we all cyborgs?

It seems that the theory of the Extended Mind comes close to proposing that human beings are and act as a hybrid species similar to the figure of the cyborg. The latter understood as the fusion between a living organism and a machine , and whose purpose is to enhance, or in some cases to replace, the organic functions.

In fact, the term “cyborg” is an Anglicism that means “cybernetic organism”. But the theory of the Extended Mind is not the only one that has allowed reflection on this issue. In fact, a few years before the founding works, in 1983 the feminist philosopher Donna Haraway published an essay called Cyborg Manifesto .

Broadly speaking, by means of this metaphor, she intended to question the problems of Western traditions that are strongly rooted in an “antagonistic dualism”, with visible effects on skeletalism, colonialism and patriarchy (issues that have been present in some traditions of feminism itself).

Thus, we could say that the metaphor of the cyborg opens the possibility of thinking a hybrid subject beyond the mind-body dualisms . The difference between one and another is that the proposal of the Extended Mind is inscribed in a tradition closer to the logical positivism, with a very specific conceptual rigor; whereas Haraway’s proposal follows the line of the critical theory, with a determining sociopolitical component (Andrada de Gregorio and Sánchez Parera, 2005).