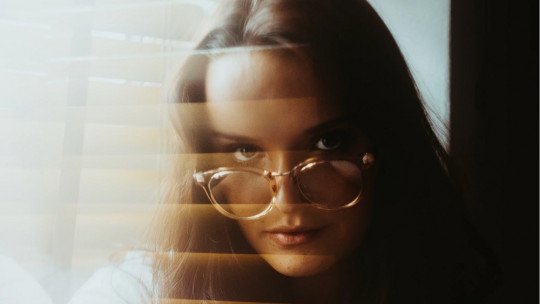 Each of us has an idea about ourselves, a self-concept. We also have an idea about the world, a way of representing the reality around us and the people we relate to. And we also have an idea about how we or others can grasp or be affected by things. In this sense, we can see that when it comes to the display of advertising, we generally consider that it has a different effect on ourselves than on others. This is what is known as the third person effect , which we will explain throughout this article.

The third person effect: what is it?

We call the third person effect a distortion in our belief system through which we consider others to be more influential than ourselves.

The effect in question observes that, when we see an advertising element or subject a particular argument to an attempt at persuasion, we tend to consider that the effect it has on ourselves is low or non-existent while in turn we consider it much more likely that third parties will be affected by it and will modify their beliefs. The effect in question was formulated by Davidson in 1983, in the observation of people’s beliefs regarding the power of persuasion in advertising.

The term “third person” is based on the idea that we tend to think that not only we will not be affected by the persuasion but also those who are close to it (friends, partners, family or people we feel close to in general), while people who are unknown to us or with whom we do not feel a connection will be. In other words, we believe that neither the subject we call “I” nor the one we consider “you” will be easily persuaded, but those we usually call him/her with a certain imprecision we do consider more susceptible.

What are the reasons for these beliefs?

The third person effect is an effect that appears regularly in most people and is not at all pathological. But once defined, it is worth asking why this type of belief. On the one hand, this effect supposes an overestimation of the own capacity to resist an attempt of persuasion , while on the other hand it supposes an underestimation of the capacity of resistance of others towards the attempts of persuasion.

In this sense, the same author who coined it (Davidson) considered that the cause of the third-person effect was found in pluralistic ignorance, that is, in the consideration that the others will not be able to analyze the situation with the same level of ability as we do , either because of lack of ability or because they lack the same information. This will cause external attempts at persuasion to make more of a dent in them than in the subject himself.

Other authors, among them some of a more psychodynamic nature, indicate that this effect is the product of individualization and the defense of self-concept: we believe ourselves to be less vulnerable than the rest as a mechanism to protect our own self-concept, in such a way that we unconsciously overestimate our resistance capacities.

It should be noted that the third person effect does not appear in the same way and with the same intensity in any attempt at persuasion , and there are various factors that influence the consideration we have regarding the capacity of a message to generate a behavioural change.

One of the main influencing factors is the message, affecting aspects such as its level of consistency, generality and abstraction. An unclear message, formulated in a generic manner with little specificity and with a somewhat abstract subject matter has a greater tendency to generate a third-person effect. Interestingly, if the message is much more structured and specific, the consideration is reversed, the third person effect no longer appearing, but the first person effect: we believe that third persons are not going to be as deeply affected or moved by the message as we are.

On the other hand, the sender of the message and our relationship or consideration for him or her is also an element that can have great influence on the differentiated belief regarding his or her ability to convince us and the rest. In general, the worse consideration we have of the sending subject or institution, the greater the intensity of the third-person effect.

For example if we hate someone we will consider that their messages will have no effect on us or our environment, while we accept that third parties can be more easily convinced or deceived by not having the same information about the sender.

Finally, another element to consider is the emotional sphere and the subject’s own interest with respect to the message itself. A greater emotional involvement or the existence of motivation or interest tends to mean that the third-person effect is not given or is given to a lesser extent, the first-person effect mentioned above being more likely to occur.