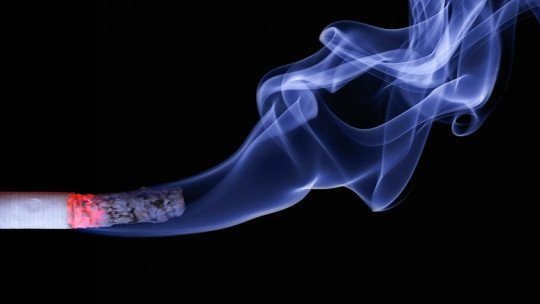 The cravings of those who are trying to quit smoking have been labelled with a generic word: the ” monkey “. However, the anxiety caused by the absence of tobacco cannot be reduced to something so simple. Among other things, because in tobacco addiction , both the chemical processes that regulate the functioning of our body and those that are psychological and contextual in origin play a role : habits, friendships, etc.The nicotine withdrawal syndrome . For this reason, tobacco dependence is a biopsychosocial phenomenon.

Think, for example, of the motivations of someone trying tobacco for the first time. It is very likely that he or she will not like the experience at all, and yet that will not prevent him or her from even deciding to spend money on another pack of tobacco. During the first puffs the chemical addiction to tobacco has not yet been consolidated, but we could already start talking about a certain psychological need to smoke , which can take various forms:

Many factors at play

Of course, these motivations do not have to be directly accessible by the consciousness and formulated as explicitly as in these sentences. However, that does not mean that they do not exist. Every year, tobacco companies devote a lot of marketing effort to create these invisible forces of attraction to tobacco. These organizations pretend to be governed by a profit and loss logic, and would not spend such large amounts of capital if advertising did not work. The causes of tobacco dependence exist in the smoker’s body, but also beyond it.

It is important to take this into account because these two aspects of addiction have a similar result (the unrestrained desire to smoke a cigarette) but their causes are of a different nature . In fact, the withdrawal syndrome caused by chemical factors disappears much earlier than the psychological craving.

This is because, although the cells of the body have learned to readjust to the absence of nicotine, the habits associated with tobacco use and the ideas related to the idea of smoking (created in part by the marketing teams of the big tobacco companies) take years to begin to be forgotten .

The importance of context

A pessimist might think that the existence of a psychic side to the withdrawal syndrome is bad news, judging by how long it lasts, but the opposite is true. All addictions with chemical causes also carry psychological factors that make it difficult to get rid of them , but this does not happen the other way around, that is, addictions with social and contextual roots do not have to be translated into addiction explained by biology.

That is precisely why there is cognitive-behavioral therapy applied to cases in which someone wants to stop smoking, or other new methods and approaches to psychological intervention to end tobacco dependence, such as the one we saw in this article). Intervention methods focusing on psychological factors are very helpful in the afternoon of quitting, and can be combined with the use of patches or gum that act on the acute effects of withdrawal on a cellular scale.

In other words, taking into account the contextual and cognitive factors typical of people who are dependent on tobacco is a great help in quitting smoking. Since cigarette manufacturers know the psychological side of addiction in order to sell their product, it is only fair that the consumer can also take advantage of this same knowledge.