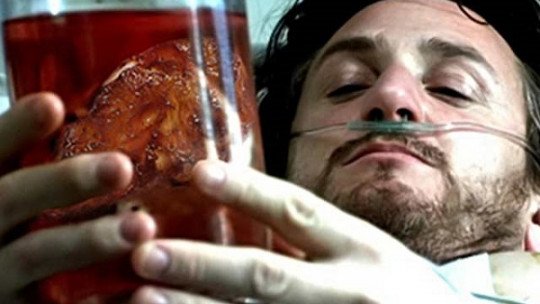 For centuries, Western culture has harboured, among its repertoire of ideas and beliefs about the afterlife, the assumption that the essence of human beings is found in an immaterial substance that we usually call soul .

The soul is a concept as mysterious as it is imprecise and confusing, and that is why it is so scorned by science, which is charged with describing nature from small observations and prudent assumptions, as used by religions, which in a very ambitious way appeal to the great mysteries that from an immaterial world seem to guide the order of the cosmos.

Alma, a concept in dispute

However, at the beginning of the 20th century a doctor named Duncan MacDougall set out to break with this logic by seeking evidence of the existence of the disembodied essence of human beings in a simple experiment based on the use of scales. The idea from which this researcher departed was that if the soul left any kind of trace in the body that had housed it, it must be found at the moment of death, which is when it leaves the body to move to another plane of reality. For this reason, he maintained that the death of people not only meant the disappearance of voluntary movements and the cessation of mental activity, but also had repercussions on the weight of the body.

A body that lacked the essence that defined it as something human, with intentions and will: the soul.

MacDougall wanted to weigh the soul, to compress millennia of affirmations about the beyond in the discreet movement of a needle. This was what led him to maintain that the physical embodiment of the existence of the soul could be found in, more or less, 21 grams of difference .

How was the 21-gram experiment conducted?

Duncan MacDougall wanted to collect his evidence about the existence of the human soul using a complex system of scales incorporated into a kind of bed. In this way, he convinced six people who were dying to spend their last hours in this type of structure, which allowed him to record the weight of their bodies from a few hours before their deaths until just after .

From these results, MacDougall concluded that the soul weighs approximately 21 grams, which is the variation he was able to observe throughout his research. This statement had a considerable impact on the press, which echoed the news through the New York Times even before a version of it appeared in the academic journals. In this way, the idea that the soul could weigh about 21 grams has become deeply rooted in popular culture, which explains why references to this experiment appear in musical pieces, novels and films , the most notorious being 21 grams by director Alejandro González Iñárritu.

While it is true that the New York Times article on Duncan MacDougall and the weight of the soul had much impact, it is also true that it was not unanimously welcomed. The scientific community at that time was already very suspicious of experimental forays into the realm of the supernatural, and the 21-gram experiment was based on ideas that directly attacked the principle of parsimony, used in science to indicate that explanations for an objective fact should be as simple as possible. That is why the results obtained by this doctor divided the public into two polarized positions .

To reinforce his results, MacDougall performed a variant of the experiment using dogs, to conclude that there was no change in the weight of these animals before and after death, which would indicate that as certain religious beliefs hold, non-human animals are soulless. Presumably, this only added fuel to the fire .

Does this sound reasonable?

MacDougall hoped to take advantage of the (then) recent technological advances and the refinement of the scientific method to access a type of knowledge that for millennia had been unattainable for humanity, but which is related to a plane of existence associated with the eternal, the essence of human beings and, in general, entities that inhabit what is beyond the realm of the physical. Bearing this in mind, it is not strange that the conclusions he reached were so incendiary .

An experiment mediated by irrational beliefs

On the one hand, the 21-gram experiment talks about dogmas, questions of faith, the essence of the human and certain elements related to the realm of the sacred . On the other hand, it seemed to be an instrument to blur the limits of what can and should be studied scientifically. The simple fact that MacDougall wanted to investigate the soul through the scientific method was a provocation, and many researchers were quick to point out a large number of methodological flaws in the procedures that Duncan followed.

However, beyond the consideration of the many mistakes that were made during the experiments, other fundamental philosophical questions remained: Is not learning about the immaterial world and mystery the most ambitious kind of knowledge that science can reach? Doesn’t the fact that for millennia the nature of the human soul has been discussed make this subject particularly interesting for the scientific community? 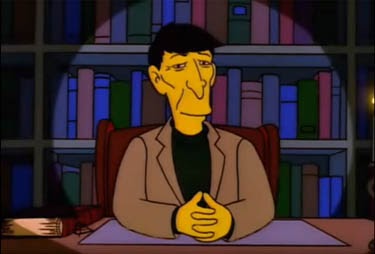 The answer is… no

In retrospect, and from what is known about the experiments carried out by Duncan MacDougall, it is clear that the large number of methodological failures mean that we cannot even take seriously the claim that bodies lose about 21 grams when they die . However, what makes these investigations valuable only as a historical curiosity are not these errors, but the objectives towards which they were aimed.

The soul does not weigh 21 grams

In order to explain a process linked to the physical world, we cannot appeal to the world of the immaterial, but seek answers in the nature around us.

This is what was done, for example, by the physician Augustus P. Clarke, who linked weight loss to increased sweating just after death , due in turn to the general warming of the body as the organs responsible for ventilation, i.e. the lungs, did not function. Clarke, in turn, pointed to the fact that dogs do not have sweat glands spread throughout their bodies, which would explain why there was no change in their weight after death.

Of course, the very definition of the concept of soul is very plural, conflicting and contains many contradictions (how can something disembodied inhabit the body of living beings?). However, what makes its study not a task for science is the fact that when we talk about the soul we are talking about something that has no physical entity and, therefore, it can neither be measured nor modified by what happens to the body.

If we assume that an extraordinary statement needs to be supported by equally extraordinary evidence, we will see that there is a clear leap of faith from the realization of a change in weight to the idea that this is due to the soul having left the body. In fact, in the case of concluding that the 21 grams serve as evidence that there is a supernatural entity inhabiting people, rather than offering an explanation for the observed fact we will be doing just the opposite: creating a practically infinite amount of questions that cannot be answered from further empirical evidence.

After death, what do we have left?

The 21-gram difference recorded by Duncan MacDougall was intended to be much more than a justification for the experiment (detecting a change in weight before and after death) but was intended as a window into the world beyond . The hypothesis to be tested could only be sustained on a system of religious beliefs accumulated over centuries, and lost all meaning when separated from it to be placed under the magnifying glass of the scientific method.

However, while it is true that the 21-gram experiment has no scientific value, it has shown extraordinary robustness in surviving in the collective imagination of society. This is probably because the beliefs about the soul that MacDougall had a hundred years ago are still very much alive today.

N ur cultural background makes us pay more attention to a seemingly scientific article that confirms our beliefs than to a 200-page book written decades ago that talks about why science only deals with talking about processes based on the material. The scientific mind may have many tools to perpetuate itself, but it is still not as seductive as certain ideas about the afterlife.